Vajpayee Is The Greatest Prime Minister Of India After Jawaharlal Nehru: T.K.A. Nair

Served in the Prime Minister’s Office (PMO) during the tenure of I.K. Gujral and Manmohan Singh, the former top bureaucrat tells Outlook that he is not comparing one with the other as three of them were great men in their own way 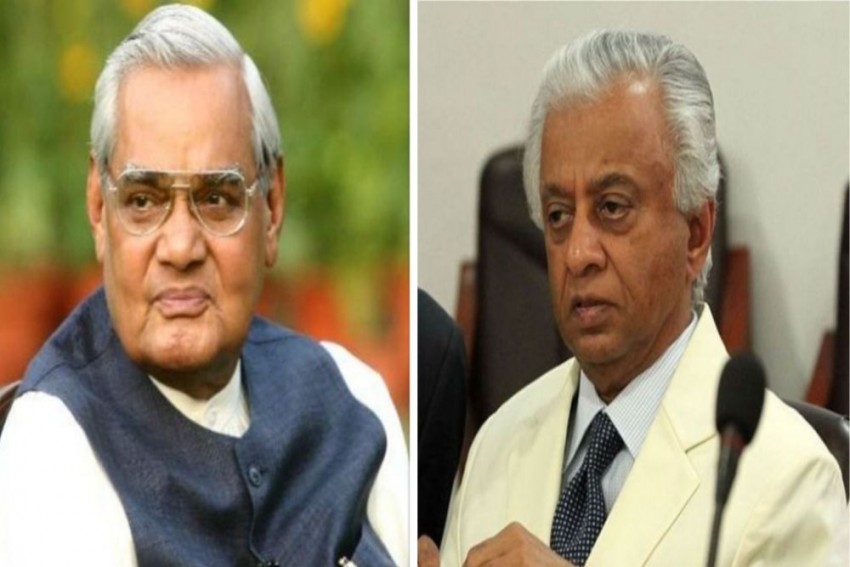 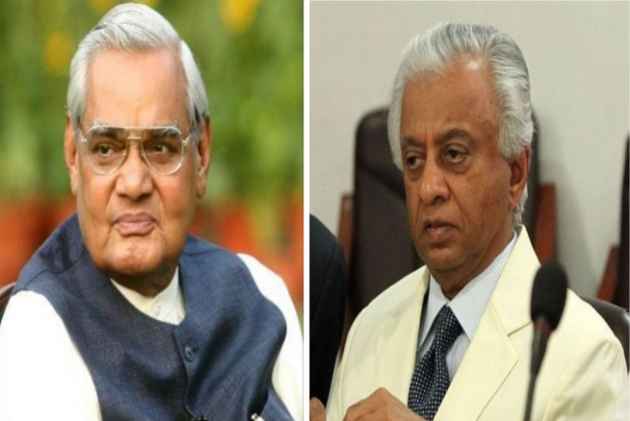 Former top bureaucrat, T.K.A Nair, who has served in the Prime Minister’s Office (PMO) during the tenure of I.K. Gujral, A.B Vajpayee and Manmohan Singh has described late Vajpayee as the greatest PM of India after Jawaharlal Nehru.

Speaking exclusively to Outlook from Thiruvananthapuram, Nair, who has served in the PMO led by Manmohan Singh as the Principal Secretary and later as an advisor to the PM, said he is ranking Vajpayee as the best PM after Nehru for his sense of history and for embodying the true spirit of India. “He fully appreciated the diversity of India in all its dimensions. He carried the country with him,” said Nair.

Nair, however, said he was not comparing Manmohan Singh or Gujral with Vajpayee as three of them were great men in their own way. “I am not comparing one with the other. You cannot compare an apple with an orange. They are not comparable,” he said.

"When Vajpayee succeeded I.K. Gujral, I was in Gujral’s office as secretary to the Prime Minister. A day before Vajpayee was sworn in as the Prime Minister, Brijesh Mishra came over to the PMO, and, may not be formally, took over from N.N. Vohra, who was the then principal secretary to the former PM, Gujral. After his swearing-in, when Vajpayee came to the PMO, I followed Mishra to receive him. I distinctly remember, I did not carry a bouquet because as a bureaucrat I was not used to that kind of protocol. As I was standing behind him, Mishra pushed me to the front. He got hold of a bouquet from somebody else, gave it to me and I presented it to the Prime Minister. That was the first time I met Vajpayee.

Gujral had appointed me as a member of the Public Enterprises Selection Board (PESB) before he demitted office. As I thought it was appropriate to wait for the new government, I did not take over my new appointment. But, anyway I gave a handwritten note to Mishra. He called me and asked, “Are you in a hurry to go to the PESB?” I said, “No sir, I do whatever the government says.” He asked me to continue. So, I continued.

Later, if I remember correctly, there was an incident relating to the budget regarding petroleum pricing. N.K. Singh, if I remember correctly, was the revenue secretary then. I was away in Dubai to visit my daughter for a few days. While I was staying with her, one evening, I saw on one of the television channels a news item regarding posting of N.K. Singh as the secretary to the PM. On my return, I handed over the charge to Singh and joined PESB.

One of my most memorable interactions with Vajpayee was on the Cauvery river dispute when it was raging at that time. If my memory doesn’t fail me, after seeking Vajpayee’s permission, I got involved Jaswant Singh who was the deputy chairman of the planning commission. During these days, I did not meet Vajpayee everyday as that was the privilege of the Principal Secretary. But, I still remember the grace with which he treated his officers. My heartfelt feeling is that he has been India’s greatest prime minister after Pandit Jawaharlal Nehru.  He had a sense of history. He was the embodiment of the true spirit of India. He fully appreciated the diversity of India in all its dimensions. He often carried the country with him. He took big initiatives on Pakistan. He was a man who was respected by all sections of people- not just by the people of his party, and not because he was the prime minister.

Both Gujral and Manmohan Singh were great men in their own way. Gujral inducted me into the PMO. Manmohan Singh not only inducted me as the principal secretary, but retained me for 10 years as the principal secretary and later as advisor. Manmohan Singh will be remembered in history for his lasting contributions for the economic and social development of India. I am not comparing him with either Vajpayee or Gujral. You cannot compare an apple with an orange. They are not comparable. Gujral was very active in foreign policy and he took some initiatives in that, which unfortunately he could not carry forward. He was a thoroughly gentleman prime minister. The economic policies that we are following even today are mostly a continuation of what Manmohan Singh initiated since 1991. The programmes which he started during his time are still continued in one form or the other.The humility with which Manmohan Singh received and saw off visitors is unparallel. Gujral was also equally polite and kind. He was a perfect diplomat in that sense. But, fully realizing all that, I believe Vajpayee is the best prime minister after Jawaharlal Nehru."