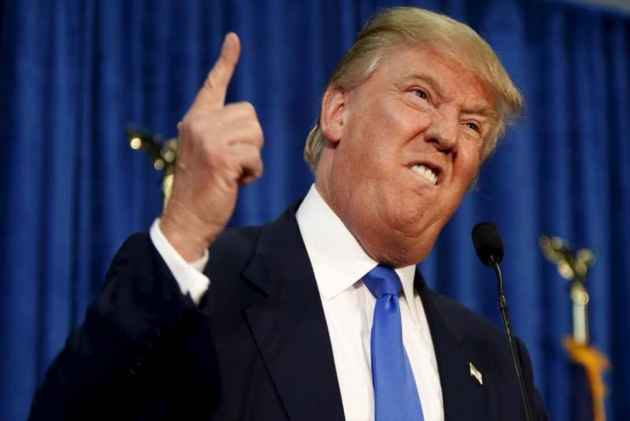 The US has announced to curtail the number of refugees it would accept in 2018 to 45,000, half of the cap in 2016, as the humanitarian groups decried the move terming it as cruel.

Secretary of State Rex Tillerson will brief the Congress on this, a US government official told reporters during a conference call yesterday.

A presidential determination is expected to be issued in the coming days.

"The security and safety of the American people is our chief concern," a government official explained.

Since 1975, the United States has welcomed more than 3 million refugees from all over the world.

"While maintaining the United States leadership role in humanitarian protection, an integral part of this mission is to ensure that refugee resettlement opportunities only go to those who are eligible for such protection and who are not known to present a risk to the safety and security of our country," the official said.

The official noted that the refugee resettlement is only one part of the United States' response to the crisis of forced displacement around the world.

In 2017, the United States has provided more than USD 1.4 billion in humanitarian assistance for the Syria crisis, and more than USD 581 million for the Iraq crisis.

A decision in this regard drew sharp reaction from lawmakers and human rights activists.

"A refugee admissions ceiling of 45,000 is completely unacceptable and does not reflect the needs of the worldwide humanitarian crisis.

According to the United Nations High Commissioner for Refugees, there are 22.5 million refugees and 65.6 million forcibly displaced people worldwide," said Senator Dianne Feinstein.

Such a move is inhumane, said Senator Tom carper.

"The founding fathers of the United States of America – a country of immigrants – fought to create a democracy that would be an example of hope and freedom for the world.

President Trump's move to drastically cut back the number of refugees we'll admit into our country flies in the face of those principles," he said.

"This administration's efforts to isolate us from our allies around the globe only serve to further this misconception.

"Refugees make great contributions to our economy and our society, and communities across the country, if given the chance, would welcome them with open arms," he said.

At a time when world is facing the worst refugee crisis in history, it is unconscionable that the Trump Administration is setting the lowest refugee ceiling in history, said Senator Dick Durbin.

The Trump Administration's decision today to cut refugee admissions to an historic low of 45,000 is an affront to the United States' legacy as a protector of oppressed people, said Congressmen John Conyers and Zoe Lofgren in a joint statement.

"These drastic measures are completely unnecessary, because according to national security experts, our refugee program's current vetting process is already extremely effective in identifying and mitigating threats to our national security.

Reducing the numbers of refugees is nothing short of a back-door Muslim Ban," said Gadier Abbas from CAIR.

According to Avideh Moussavian, from National Immigration Law Center, the drastic reduction in the number of refugees by the Trump Administration "shamefully puts lives at risk" and is using public policy to discriminate against Muslims in the US.