In a joint statement, Biden and Harris wished a happy Diwali to everyone celebrating the festival of lights across the US, India, and the world. 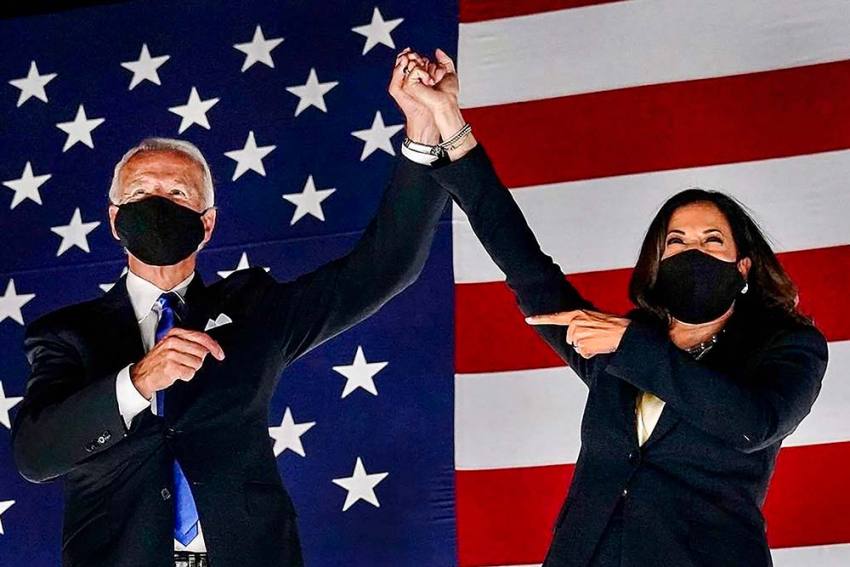 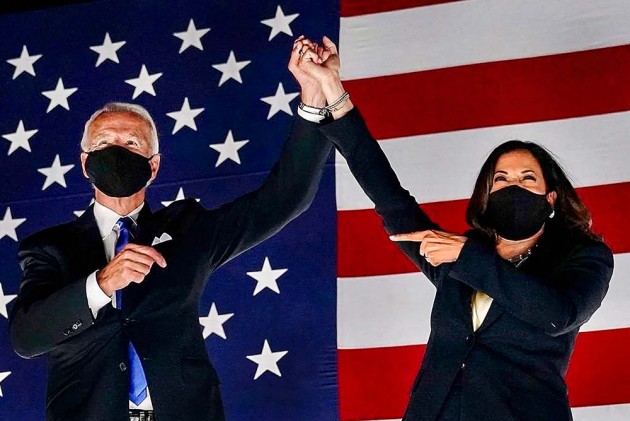 US President-elect Joe Biden, his deputy Kamala Harris and incumbent President Donald Trump on Saturday extended Diwali greetings to those celebrating the festival of lights.

"To the millions of Hindus, Jains, Sikhs, and Buddhists celebrating the Festival of Lights, @DrBiden and I send our best wishes for a #HappyDiwali. May your new year be filled with hope, happiness, and prosperity. Sal Mubarak," President-elect Biden tweeted.

Harris, who scripted history by becoming the first Indian-American and Black woman Vice President in the US, extended greetings on the occasion of Diwali.

"Happy Diwali and Sal Mubarak! @DouglasEmhoff and I wish everyone celebrating around the world a safe, healthy, and joyous new year,” Vice President-elect Harris tweeted.

In a joint statement, Biden and Harris wished a happy Diwali to everyone celebrating the festival of lights across the US, India, and the world.

"Like so many cherished traditions during the pandemic, we know this year’s Diwali and its symbolising of light over darkness, knowledge over ignorance, and empathy over apathy arrives with a deeper meaning," they said.

"Our hearts go out to everyone who is ushering in this new year with the recent loss of a loved one, or who finds themselves fallen on hard times. Our prayers remain with everyone fighting the pandemic on the frontlines instead of staying safe at home in prayer with their families. And, we know the sadness of being apart on a day that truly signifies the blessing of family and friendship," they said.

"But Diwali is ultimately a reminder of the light that’s within us all to hope and dream, and to overcome our differences and keep the faith in each other. That’s the light we see shining on this day and that will guide us through the darkness with knowledge, science, truth, unity, and compassion,” the joint statement said.

"And that’s why as Diwali is celebrated via video calls and while socially distanced this year, we look forward to celebrating Diwali at the White House next year - in person, together with you, and in a nation healed and united," they said.

President Trump, a Republican, who was defeated by Biden in the November 3 presidential election, shared a picture of him lighting a lamp in the White House along with Indian American members of his administration. 'Happy Diwali' was written on the photo.

"During this Festival of Lights, friends, neighbours, and loved ones join in fellowship to commemorate the spiritual triumph of good over evil, light over darkness, and knowledge over ignorance. As diyas are lit throughout homes, workplaces, communities, and places of worship, their warmth reminds us of the hope and devotion that faith and tradition bring into our lives,” Trump said in his Diwali greetings.

"The United States is a deeply faithful nation, and I am proud of my Administration’s work defending the constitutional right of all Americans to live and worship according to their conscience. Wherever Americans light diyas to celebrate Diwali, our Nation shines bright as a beacon of religious liberty for all people,” he said.

"This year, we are especially reminded to cherish and give thanks for the companionship of our friends and family. The First Lady and I wish the millions of people in the United States and around the world observing Diwali a joyous celebration and prosperous new beginnings,” Trump said.

Vice President Mike Pence greeted happy Diwali to all those celebrating the festival around the world.

"Happy Diwali to everyone celebrating the victory of light over darkness. May you have a joyous Festival of Lights!” tweeted Pompeo, who is currently on a seven-nation tour to Europe and Middle East.

"Happy Diwali! We wish everyone safety and good health as you celebrate Festival of Lights. Even if physically apart from family and friends, may the spirit of the season bring joy and light,” said South and Central Asia Bureau of the State Department.

The overarching theme of Diwali is a celebration of the victory of good over evil, light over darkness and knowledge over ignorance, said Florida Governor Ron DeSantis in his Diwali greetings.

"Wishing you love and light, from my home to yours-happy #Diwali!" said Indian American Congresswoman Pramila Jayapal in her Diwali greetings.

"As we open a new chapter after a critical election, I can think of no better time to call in the spirit of this Festival of Lights. Let it remind us that dharma-goodness, duty, righteousness-must always prevail,” Jayapal said.

"As we call in the spirit of this Festival of Lights, let us continue to oppose the forces of hate, racism, and xenophobia that seek to divide us while also calling out injustice wherever we see it,” she said in another tweet.