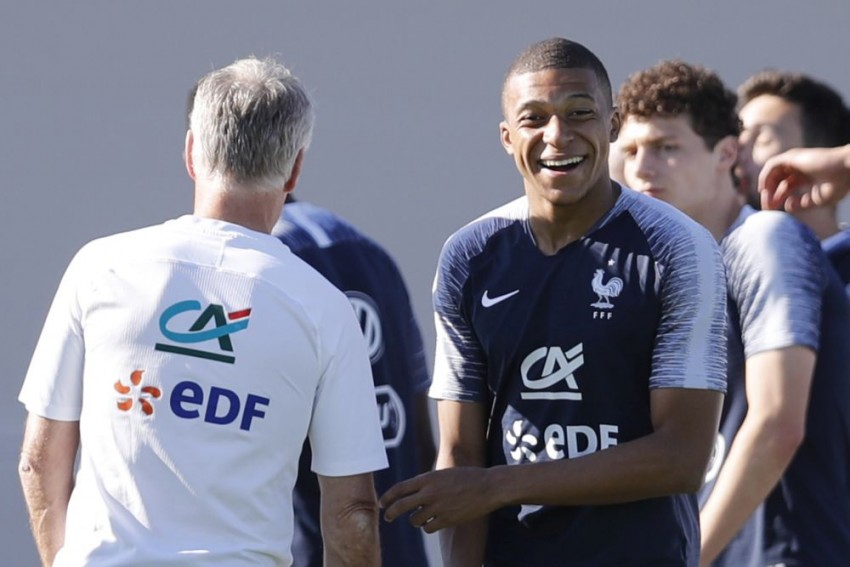 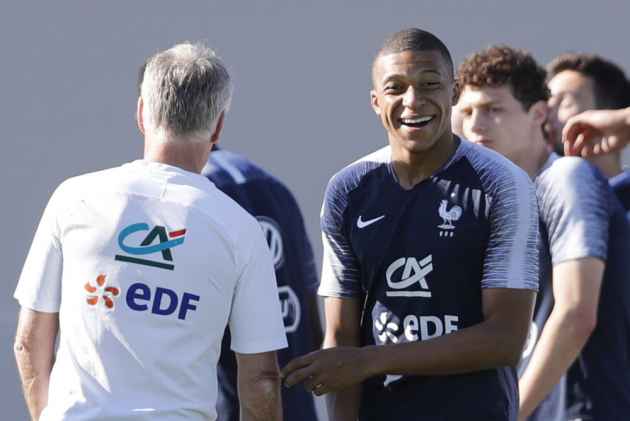 The build-up to Friday's quarter-final clash between France and Uruguay has been dominated by individuals, but it may be the South Americans' almost unbreachable four-man defence which decides the result.

While Uruguay sweat on the fitness of striker Edinson Cavani, it should be remembered that La Celeste's progress in Russia has been built upon their defence as much as their A-list attack.

And while France pin their hopes on Kylian Mbappe, it is unlikely that the teenage superstar has encountered a defence quite like Uruguay's.

Led by captain Diego Godin, and including Jose Gimenez, Martin Caceres and Diego Laxalt, along with goalkeeper Fernando Muslera, Uruguay's defence have the joint-best record at the World Cup.

They passed through the group stage without conceding a goal, and the only player to score against Uruguay was Portugal's Pepe in the last 16, and that was ultimately in vain.

Brazil are the only other team to have conceded just the solitary goal so far. Uruguay have conceded three fewer goals than France. Both teams have scored seven times.

Between them, the experienced defence have over 350 international caps between them. They are supremely well-organised and have already served notice that Mbappe will not have the same kind of freedom he enjoyed against Argentina.

"If you let France have space it will be very difficult," Uruguay's coach Oscar Tabarez said after securing a place in the quarter-finals.

And he has also insisted that he is happy to cede possession to France in a bid to make the last four.

France's conundrum against Uruguay is knowing best how to utilise Mbappe and his fellow attacking danger, Antoine Griezmann.

The French limped through their group stage but burst to life in their exhilarating 4-3 last-16 win over Argentina, inspired by Paris Saint-Germain's $220 million (188-million-euro) Mbappe.

Didier Deschamps, France's coach, has already indicated that he is expecting a different kind of game from "solid" Uruguay from the seven-goal thriller in Kazan.

The match is likely to be unsurprising, if not only for tactics, but also because of those involved.

Whoever -- and however -- decides the match is likely to have to get one over on a domestic teammate.

Cavani, who may play some part despite his calf injury, plays with Mbappe and PSG.

Godin and Gimenez are colleagues -- and close friends -- with Griezmann, Rodrigo Bentancur and Blaise Matuidi play for Juventus, while Luiz Suarez and French defender Samuel Umtiti play for Barcelona.