Shukla admitted to participating in the event and taking the pledge, but said that the pledge was being misinterpreted and misconstrued. 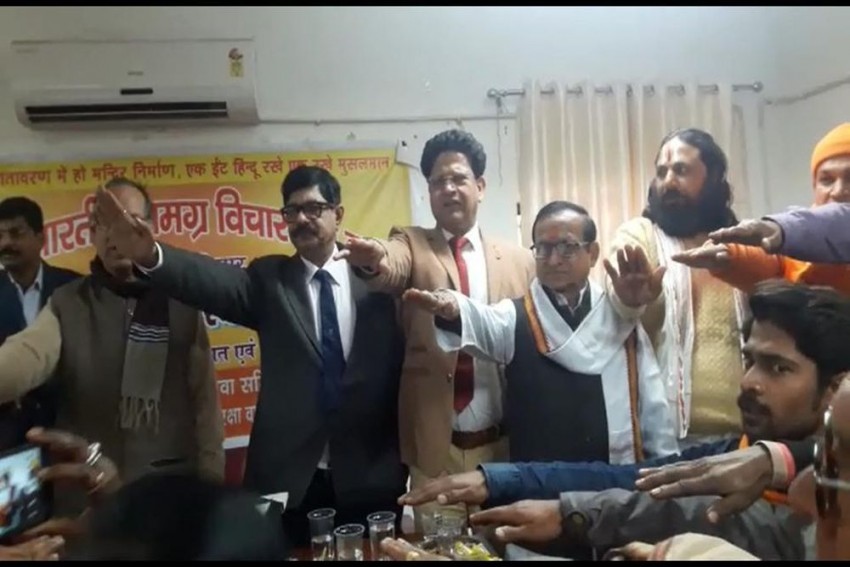 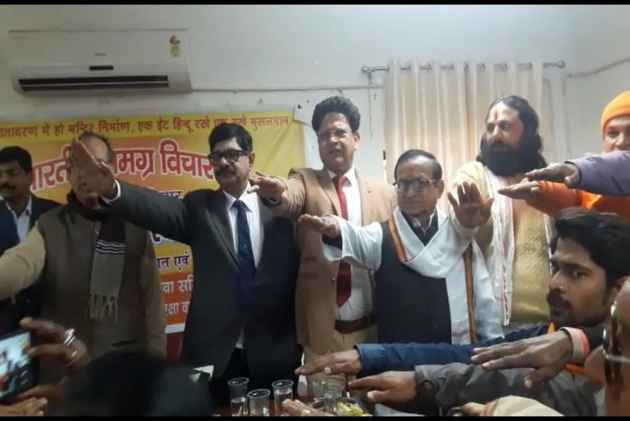 A video of director general (home guard) of Uttar Pradesh Police Surya Kumar Shukla, taking a pledge to build the Ram Mandir in Ayodhya, has gone viral on social media.

In the video, the DG can be seen raising slogans of “Jai Shree Ram” at an event, where many other people were also seen pledging the same along with him. According to Aaj Tak, the event was held on January 28 at the Lucknow University where Muslim Rashtriya Manch, which is affiliated to the Rashtriya Swayamsevak Sangh (RSS), president Azam Khan was also present.

Hindustan Times reported that Shukla admitted to participating in the event and taking the pledge, but said that the pledge was being misinterpreted and misconstrued.

“It was an ‘intellectual gathering’ where people from Hindu and Muslim communities were present and the Muslims there favoured peaceful and early solution of the problem. When they floated an idea, that a solution could be to build the Ram Temple at the Ram Janmbhoomi, and a mosque little away, then all the present welcomed it. I told them that any such solution will be in sync with the high court direction on the long-standing problem. The pledge we took was for the peaceful and harmonious solution of the problem,” Shukla said over phone.

“There has been a misinterpretation. I had clearly said Ram Mandir issue is sub-judice,it won’t be appropriate to speak on it. The pledge was for communal harmony and not Ram Mandir,” he was later quoted by ANI as saying.

Meanwhile, chief minister Yogi Aditynath has sought an explanation from Shukla over the issue.