The decision was taken from the viewpoint of "environment and hygiene" 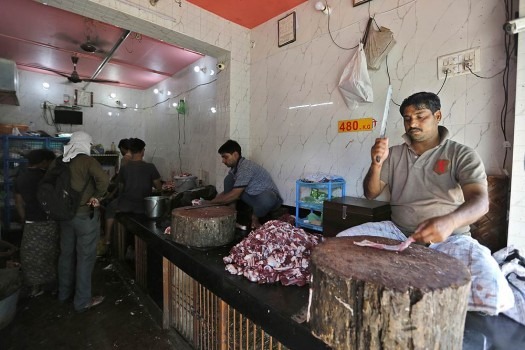 The Uttar Pradesh government on Wednesday approved a Bill that will force all slaughterhouses outside city limits.

By amending existing laws in this regard, the powers and duties of municipal corporation and boards have also been reduced in running of the slaughterhouses, reportedThe Hindu.

The decision, reportedly, was taken from the viewpoint of "environment and hygiene". "Slaughterhouses will operate from outside the limits of a city," Minister Shrikant Sharma was quoted as saying to the newspaper.

According to the new amended law, the municipal bodies will only act as a watchdog and see if the abattoirs are adhering to the government norms. These bodies were previously responsible for construction and running of the slaughterhouses.

Slaughtering of animals for religious purposes, however, has been allowed within the city, the report further added.

Merely a month after the Yogi Adityanath led BJP government came to power in Uttar Pradesh last year, the administration cracked its whip on illegal and mechanised slaughterhouses.

The government had ordered closure of illegal slaughterhouses and strict enforcement of the ban on cow smuggling to fulfil a key electoral promise.

CM Adityanath had said that the abattoirs operating legally will not be touched but action will be taken against those running illegally.

"The government will not touch those (abattoirs) which are operating as per the provisions of law and have a valid licence. But those that are violating the orders of the NGT and playing with the health of the public would not be spared...," he had said.

The move led to protests by slaughterhouse owners who incurred heavy loss following the move.