Prime Minister Narendra Modi had invited President Trump for a bilateral visit to India during their talks in Washington last year. 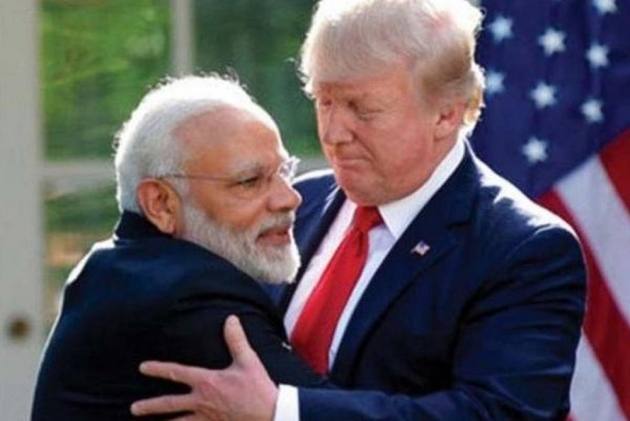 US President Donald Trump is unable to participate as Chief Guest of India's Republic Day celebrations next year due to scheduling constraints, the White House has said.

Prime Minister Narendra Modi had invited President Trump for a bilateral visit to India during their talks in Washington last year.

White House Press Secretary Sarah Sanders had, in July, said that Trump has received an invitation to visit India, but no decision has been taken yet.

Trump May Not Attend India's Republic Day Parade In January

"President Trump was honoured by Prime Minister Modi's invitation for him to be Chief Guest of India's Republic Day on January 26, 2019 but is unable to participate due to scheduling constraints," a White House spokesperson told PTI on Monday, when asked about Trump's decision on Modi's invitation.

It is said that the annual State of the Union (SOTU) address to both Houses of the US Congress by Trump is likely to be around the time India will celebrate its Republic Day. The SOTU is normally delivered in the last week of January or first week of February.

The spokesperson said that the US President and Modi enjoy a strong personal rapport and Trump is committed to deepening the India-US relationship.

Modi and Trump are scheduled to attend the G-20 Summit in Argentina on November 30 and December 1. It is possible that the two leaders might meet and discuss bilateral relationship there.

In 2015, the then US president Barack Obama had attended it as the chief guest which was his second visit to India as American president.

This year, leaders from 10 ASEAN countries had attended the Republic Day celebrations.

It's worth noting that the Indo-US relations have been under severe pressure over India's defence purchases from Russia and also its oil imports from Iran. The US had, in fact, warned India not to go ahead with the signing of S-400 missile system deal with Russia. India nonetheless signed the deal for five systems when Russian President Vladimir Putin visited India earlier this month.

The opposition had slammed Prime Minister Narendra Modi over reports of US President Donald Trump's refusal for being the chief guest at the Republic Day parade next year and called it a "diplomatic faux pas".

Congress leader and former Union minister Anand Sharma said Modi's approach is "frivolous" and his conduct of diplomacy lacks gravitas. He said Modi must understand that engagement with strategic partners can not be transactional or episodic.