The judge said the third rendition of the travel ban -- covering people from six mainly Muslim countries, as well as North Korea and some officials from Venezuela -- could not be justified under law. 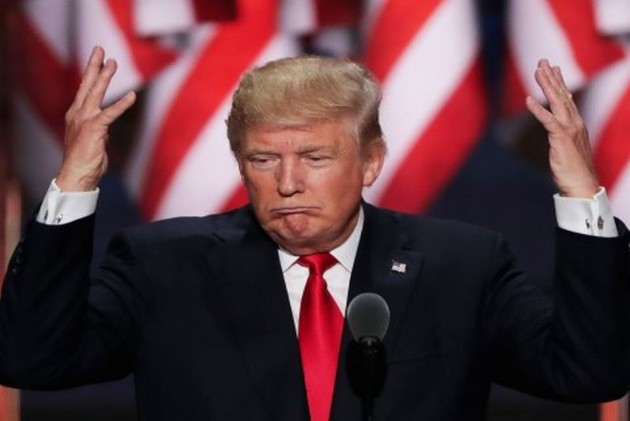 A US federal judge has barred the White House from implementing yet another version of President Donald Trump's controversial executive order on immigration, hours before it was due to go into full effect.

The decision by US District Judge Derrick Watson in Hawaii -- which the White House signaled it would appeal -- marks the latest blow to Trump's long-running efforts to restrict entry of travelers from targeted countries into the United States.

Watson said the third rendition of the travel ban -- covering people from six mainly Muslim countries, as well as North Korea and some officials from Venezuela -- could not be justified under law.

In his decision, Watson wrote the ban "suffers from precisely the same maladies as its predecessor: it lacks sufficient findings that the entry of more than 150 million nationals from six specific countries would be 'detrimental to the interests of the United States.'"

The ruling means the Trump administration could again ask the Supreme Court to decide whether his immigration orders are legal.

The newest order was announced last month to replace an expiring 90-day temporary ban on travelers from the Muslim- majority nations of Iran, Libya, Somalia, Sudan, Syria and Yemen.

The September decree removed Sudan from the list, but added Chad and North Korea for full bans and Venezuela for a ban limited to certain classes of officials.

The White House justified the measure as needed to protect US national security -- but critics said it appeared virtually the same as the original order of January 27.

Courts shot that version down saying it targeted Muslims, violating the US constitutional protections for religious freedom.

A second version was only slightly adjusted and was quickly tied up in similar legal wrangling.

In June, the Supreme Court accepted to review the case but let the 90-day ban go mostly into effect in the meantime.

When the ban expired, the court said there was nothing to rule on.

Trump went forward with a new version with no expiry date, tacking on North Korea and Venezuela to the list of targeted countries and implying the updated measure did not simply target Muslim countries.

But Watson -- who also issued freezes on the first two attempts -- said the order does not improve US security, since individuals who pose risks can already be denied entry under existing law.

The order "plainly discriminates based on nationality" in a manner antithetical to US laws "and the founding principles of this nation," he wrote.

Watson placed a freeze on the ban on travelers from the six countries, but allowed it to be implemented on North Korea -- which sent only a handful of people to the United States last year -- and Venezuela, where US sanctions have also already made travel to the United States difficult for many officials.