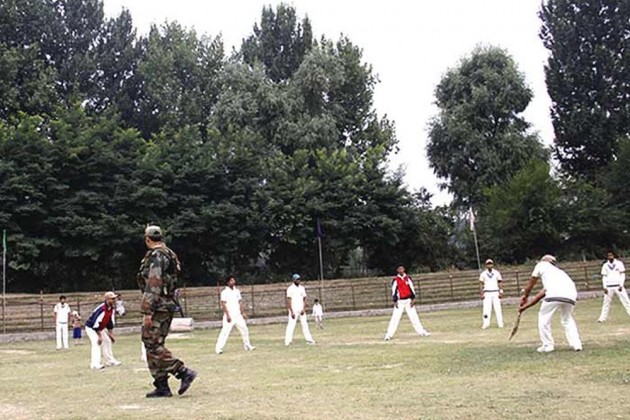 The chairman-elect of the “headless” Jammu and Kashmir Cricket Association (J&KCA), which is embroiled in a Rs 40 crore corruption case, has asked the BCCI to “directly interfere” and appoint an administrator who can implement the Lodha Committee recommendations for reforms and hold fresh elections.

Currently, there are two factions in Jammu and Kashmir – one headed by former state chief minister Farooq Abdullah, and the other is controlled by state sports minister Imran Raza Ansari and which, till recently, enjoyed the support of former BCCI president Anurag Thakur and ex-secretary Ajay Shirke.

Now, Mehboob Iqbal, who declined to accept the post of chairman at the “illegal” elections held on July 19 last year despite Supreme Court orders to the contrary, has written to the BCCI to appoint an administrator at the J&KCA, so that elections could take place as per court orders.

“I think this problem is peculiar only to the J&KCA and cannot be resolved unless the BCCI directly interferes in our association by appointing an interim administrator, who will call the meeting of the general house and incorporate the amendments in the bye-laws as per the Supreme Court judgement and subsequently hold the elections of office-bearers in accordance with the amended bye-laws,” Iqbal says in his letter to the BCCI which has been accessed by Outlook.

“The other alternative is to authorise me as chairman-elect, (though I have declined to accept the position) to enable me to call for the meeting and implement the Supreme Court judgement in letter and spirit. Unless either of the two steps is taken by the BCCI, no headway can be achieved in JKCA being a headless body at this point of time,” he says in the letter.

Iqbal has assured the BCCI that most of the J&KCA members would abide by the order of the apex court, which has accepted the majority of the Lodha Committee recommendations and asked the BCCI and its affiliates to implement them. However, barring Vidarbha Cricket Association and Tripura Cricket Association, all other associations have been delaying implementation or resort to taking legal recourse in the garb of seeking “clarifications” on a few points.

“I assure you on behalf of the majority of the affiliated members that we are all for obeying the law of the land and only one or two members, who are self-styled office-bearers of the association at this time, are trying to sabotage the reforms in the association. If the BCCI sends an administrator for holding the meeting, we assure you the complete participation of all the affiliated units,” says Iqbal.

Iqbal goes on to explain the present state of flux in the J&KCA. About the faction led by Farooq Abdullah, he says that former chief minister and M.L. Nehru, secretary in his faction, “should now be nowhere as both stand sacked by being over 70 years of age”.

And about the present faction in control, Iqbal has this to say: “[The] body led by Imran Raza Ansari with Iqbal Shah as general secretary and A. Rouf as treasurer has also been virtually disbanded due to Imran Raza being a minister in the state government and A. Rouf being above 70 years. They stand disqualified and are left with only general secretary  Iqbal Shah, who cannot chair the meeting of the working committee.”

Interestingly, both factions, led by Farooq Abdullah and Imran Ansari respectively, have gone to the court claiming to be legitimate bodies for cricket in the state. This claim has, however, been rendered meaningless as the foremost court has ordered that ministers, government servants, and persons above 70 years of age can’t be cricket administrators.

Abdullah, a former chief minister and a minister in the UPA government, was J&KCA president from 2001 to 2014.

Mehboob Iqbal alleges that elections were held at Abdullah’s whims. “Though the tenure of the office-bearers as per the bye-laws was only one year, the elections were held without any fixed tenure as per the convenience of the president. In 2014, elections were held under the supervision of a court-appointed observer in which Dr. Farooq Abdullah and Mr. M.L. Nehru were elected as president and general secretary for a period of three years,” he writes in his letter.

“The tenure was increased from one year to three years with the approval of the general council. However, in 2015 a new government took over in the state and some affiliated clubs with the help of government institutions called a meeting of the working committee on July 19, 2015, and elected Imran Raza Ansari, sports minister, in the state government as president and Iqbal Shah as general secretary,” Iqbal says.

Iqbal alleges that this body had the support of then BCCI president Anurag Thakur, who allowed the team which was selected and sent by Ansari to compete in a Ranji Trophy match against Himachal Pradesh Cricket Association (HPCA) while sending back the team sent by Abdullah. HPCA was/is also headed by Thakur.

Iqbal also charges Thakur for “releasing funds to this illegal body which opened a fresh bank account in HDFC Bank secretly as the original accounts of the association, which are in J.K. Bank, had been frozen by a court in Srinagar”.

This election, which was held on 19th July 2015, was stayed by a court and the stay order was subsequently made absolute, he writes in his letter to the BCCI.

A separate case – a CBI probe -- involving the Rs 40 crore scam is going on in the Jammu and Kashmir High Court.

Iqbal further charges Thakur of conniving with Ansari when the latter quietly held elections even after the Supreme Court order, stopping/nullifying all fresh elections.

“This illegal body continued functioning with the blessings of Mr. Anurag Thakur and Mr. Shirke till 18th July 2016. On 18th July 2016, the Hon'ble Supreme Court pronounced judgement on the implementation of Lodha Committee recommendations,” says Iqbal.

“But in order to defeat the verdict of the highest court of the country and in an attempt to cling to their posts Mr. Ansari and Mr. Iqbal Shah convened a meeting of the working committee on 19th without any prior notice, again with the help of Mr. Anurag Thakur, who rushed Mr. Prem Thakur of HPCA to observe this illegal election on behalf of BCCI,” alleges Iqbal.