Flashy concepts to near-production models and re-entries, find out when these SUVs will hit the market

Aiming to feed the SUV-hungry nation of ours, volume drivers like Tata, Maruti and even Mahindra showcased high-riding products that will soon be out on public roads. Here’s a quick roundup of all the impactful SUVs showcased at the Auto Expo 2018.

Easily the highlight from Tata’s Smart Mobility pavilion, the H5X, based on Tata’s Impact 2.0 design philosophy stood out with its outlandish, premium and muscular stance. That too when all the other Tatas at the event were equally capable in their own right. The Tata H5X is structured upon the Omega platform derived from the Land Rover’s D8 chassis and is going to be bigger than the Jeep Compass. Read in detail about the versatility of this platform and how the Tata H5X will be way bigger than the Creta and the baby Jeep. The concept showcased is expected to retain at least 80 per cent of design cues when it enters production, Tata assures.

The Kia SP concept made its world debut at the Auto Expo 2018 as the South Korean car maker marked its official entry into the Indian market. The SP Concept, developed specifically for India, will be placed alongside Hyundai’s Creta and will be available at a starting price of around Rs 10 lakh (ex-showroom Delhi). It will be the first Kia product to launch in India. This fact just reaffirms that SUVs are so popular in India that a debutant is willing to place its bets on this segment to kick-start its new innings. 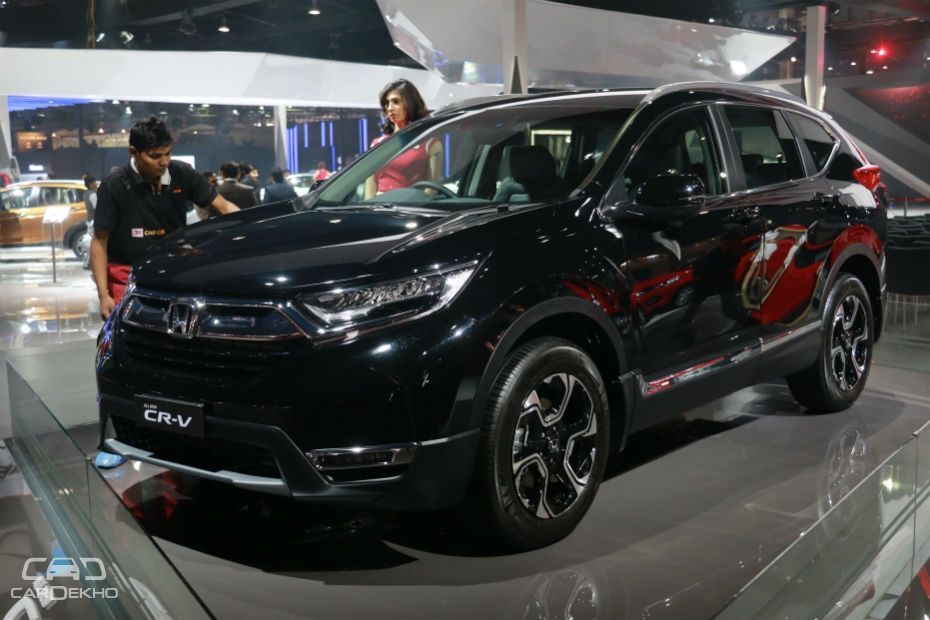 Honda utilised the Delhi expo brilliantly as it showcased many new cars that we wanted to see. And one of them was the 2018 CR-V with its 7-seat setup for the first time. Another first was the 1.6-litre Earth Dreams diesel engine with a 9-speed automatic transmission which will give the CR-V a much needed boost in the diesel-dominated SUV market. When launched, the CR-V will follow the CKD route to enter our nearest dealerships. It is expected to be launched in the fiscal year 2018-19.

Now, this is a big one as this is a Maruti and a small SUV - a combination that we have seen setting sales charts ablaze in the form of the Vitara Brezza. However, the Future-S Concept will be placed below it and over the compact crossover, the Ignis, but hopefully alongside the recently launched Maruti Swift 2018 in the company’s lineup. It will most likely be launched by 2020 and might be propelled by the 1.2-litre K-series petrol motor with some kind of electrification and the new 1.5-litre diesel engine that Maruti is developing.

About to take the crown of Mahindra’s flagship product from the XUV500, the 7-seat Rexton will take the fight to full-size premium SUVs like the Toyota Fortuner and the Ford Endeavour. The second-gen G4 Rexton, based on a new platform, is longer, wider, higher and roomier than the outgoing version and will feature a 2.2-litre diesel engine with 7-speed AT. Mahindra is known for competitive pricing and will try to undercut its two primary rivals when it is launched with an expected tag of under Rs 25 lakh (ex-showroom Delhi).