‘Thugs of Hindostan’ failed miserably. The giant period epic staring both Amitabh Bachchan and Aamir Khan was a total disaster and an extremely feeble movie! 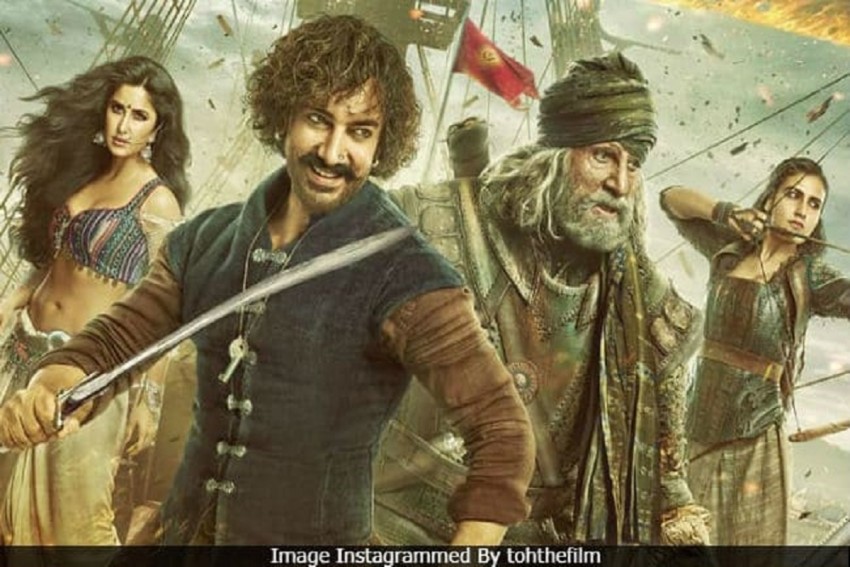 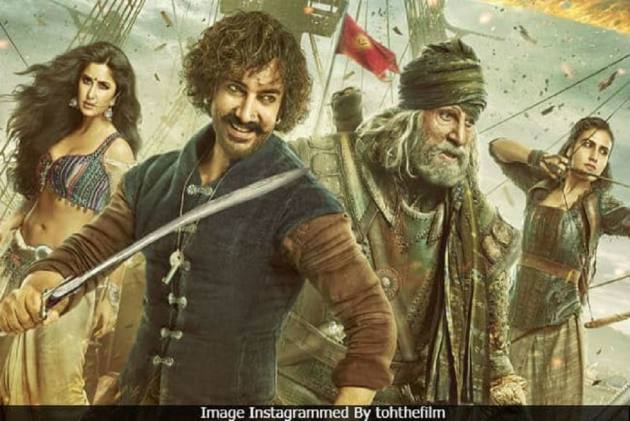 Thugs Of Hindostan is a poor copy of the Pirates Of The Caribbean. The film is unoriginal and there is nothing in it that is going to keep you glued to the screen. A straight-laced fiction mounted in a historical set-up, director Vijay Krishna Acharya's "Thugs of Hindostan" is a sprawling, ambitious 164-minute epic action adventure which was a complete disaster. While the first half is racy and still bearable, but the second half especially the climax and denouement drag a bit too much.

Thugs Of Hindostan is a whole lot of movie - the biggest budget Yash Raj production of all time, the first film to star both Amitabh Bachchan and Aamir Khan — and yet this giant period epic doesn’t seem to leave any impact on the viewers.

The story begins Circa 1795 when the British East India Company tries to annex the princely state of Ronakpur. When negotiations fail, they assassinate its ruler Mirza (Ronit Roy) and his son Aslam. Mirza's trusted Lieutenant Khudabaksh Azaad (Amitabh Bachchan) escapes from the British's bullets, taking along with him Mirza's young daughter Zafira.
Khudabaksh aka Azaad along with his band of Thugs give a tough time to the foreigners as they aspire to free the country.

Threatened by Azaad's growing popularity, the British engage Firangi Mallah (Aamir Khan), a small-time but ambitious con man, to locate and capture Azaad. While the two legendary icons of the Indian screen are pitted against each other, Aamir Khan steals the show with his flamboyance. He is the pulsating heart of the narrative. He brings his character to life with his energetic on-screen presence, priceless expressions on his visage, flawless dancing and agility during the action scenes.

While he is charming and convincing as an actor, his lines are bogged down by the superficiality of the character that makes him seem forced and a bit hollow, especially after his repeated cycle of smarts and tactics. Amitabh Bachchan as Khudabaksh, a loyal guard-cum-protector of Zafira, is a character we have seen in some of his earlier films too. Luckily for him, his character stands out due to his sheer personality.Katrina Kaif as Suraiya the dancer is fabulous. She impresses us with her graceful and elegant dance moves, especially in the song Suraiya jaan.

Fatima Sana Shaikh as the warrior Zafira is impressive. So is Mohammad Zeeshan Ayyub, who plays Firangi Mallah's friend Shanichar and Lloyd Owen as John Clive, the head of the British East India Company. They all leave an impact with their acting chops. Visually, the film is magnificently mounted with visual and special effects. Manush Nandan's cinematography captures the era created by Sumit Basu's production design, costumes and locales to perfection. Each frame is a masterpiece, be it the wide angle shots or the close-ups.
The live action shots have seamlessly meshed with the computer-generated images by editor Ritesh Soni.

The action sequences along with the stunts and dances are all astutely choreographed. The songs "Vashmalle", "Suraiya jaan" and "Manzoor-e-Khuda", blend into the narrative flawlessly. Overall, this film is worth a watch for Aamir Khan's performance.