Such is the magnanimity and generosity of Sachin Tendulkar that he took it upon himself to help a youngster he hardly knew. 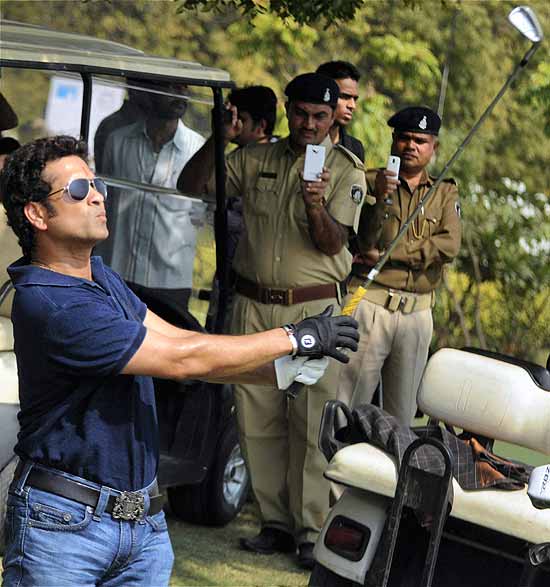 It wouldn’t be wrong to suggest that every youngster growing up in India in the 1990s and aspiring to play cricket idolised Sachin Tendulkar. I was one of them.

His twin hundreds at Sharjah in 1998 shaped my cricketing ambitions and it was always a dream to meet and greet the man. Little did I know that I will one day have the opportunity to share the same dressing room and discuss cricket with the world’s greatest ever cricketer.

Without exaggerating one bit I must say that Sachin Tendulkar has had a formative influence on my career. And I will focus on just two incidents to show how.

The first goes back to my debut game in Australia at the Gabba in 2008. I had reached Australia late at night and had squandered my debut opportunity by getting out for 2 against Brett Lee. I hadn’t been able to master the pace of the wicket. Understandably, I was feeling depressed and sitting quietly in one corner of the dressing room. Sachin paji had also gotten out early in the game and seeing me sulk walked up to me to sit beside me. The next 15 minutes were the most memorable 15 minutes of my career. He asked me not to feel depressed, asked what was going through my mind and then said it happens to the very best. He even said that it had taken him 79 matches to get to his first ODI hundred. Finally, he patted me on the back and said I shouldn’t waste the next opportunity I get. He dragged me out to the balcony outside the dressing room and we watched the game together for some time. I must confess the conversation had a dramatic effect on me. Here was the greatest cricketer in the world speaking to a youngster like Manoj Tiwari and counselling him. Clearly he did not have to do that. I had learnt a lot about cricket and about the man in those 15 minutes. His passion was unbelievable and it rubbed off on me and got me to cheer up.

The second incident relates to my shoulder dislocation in Bangladesh on the eve of the 2007 tour. I was in tremendous form and was looking forward to making my debut for India. But as luck would have it I dived at practice and felt serious pain on my shoulder. The diagnosis was that I needed surgery and my debut opportunity had been lost to me. I came back to Kolkata and was contemplating my next course of action when Sachin paji called me. He was on his way to Bangladesh to join the Indian test team and was in transit in Kolkata. He asked the local manager to get me for him and asked me how I was doing and what the status of my injury was. He was the first person who advised me to see a specialist and instructed me to make sure that I got operated by the right doctor. I hardly knew anyone and confessed as much to him. He asked me not to worry and said he’d organise everything for me. In the next half hour he personally called Dr. Andrew Wallace in London and fixed an appointment for me. It was because of him that I could get my shoulder treated in London and make a swift comeback to international cricket.

As I have mentioned earlier, he did not have to do any of this. The fact that he had spoken to me was good enough. But such is the magnanimity and generosity of the man that he took it upon himself to help a youngster he hardly knew. Not without reason is he the greatest, both on and off the field.