Why does the US, virtually alone in the world, condone and underwrite such palpable injustice? Why does it support and fund Israeli aggression instead of committing itself to a fair negotiation? 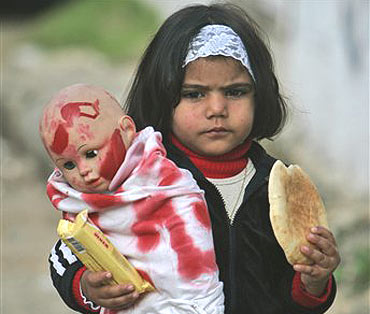 An open letter to President-Elect Barack Obama by Professor David Lloyd, University of Southern California on behalf of  'Teachers Against Occupation', with almost 1000 signatories.

You have not hesitated to identify your children with Israeli children, living in fear of attack. But imagine, for a moment, that your daughters are Palestinian and live in Gaza. How would you react then?

They are crammed with one and a half million others in a sliver of land roughly twice the size of Washington D.C. Many are refugees displaced from their ancestral lands by Israeli settlers. Drinking water is scarce. Israel can disrupt the supply of electricity to Gaza at will and its people often live in darkness for days on end. Pumping stations have been destroyed. Sewage goes untreated.

Nor is there a means of escape. Israel controls Gaza's airspace, maritime access and most of its land border. Its punishing military blockade severely curtails the movement of food, money, fuel, medicines, and humanitarian aid. Goods must be smuggled through tunnels. 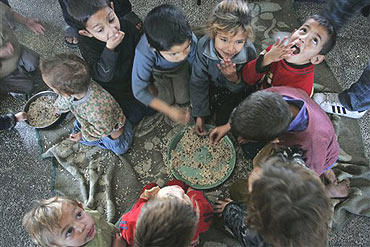 Children under the age of 14 make up half of Gaza's population. An alarming number suffer from anaemia chronic malnutrition, stunted growth, and anxiety disorders. They lack pens and paper, books and other educational materials. Many are so traumatized by the Israeli blockade and a life leached of hope that they report having lost the will to live.

The local economy is in tatters. There are no jobs. But no Palestinian may leave Gaza for employment, education or even medical attention, without Israel's permission.

And what if your daughters lived instead in the Occupied Territories of the West Bank? Hundreds of checkpoints limit movement, lands are arbitrarily seized for illegal Jewish settlements, political leaders are summarily jailed. A bleak wall, hundreds of miles long, snakes across Palestinian land, separating villagers from their fields, annexing more and more of their land into Israel. All too often, children cannot reach their schools, students cannot get to their universities, and the sick cannot make it to hospitals on time. Houses are demolished by the Israeli Defence Forces without right of appeal. Olive groves are uprooted, livelihoods destroyed. 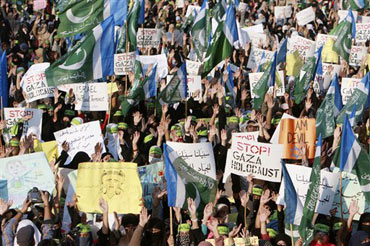 All these acts in Gaza and the West Bank are illegal under international law and an outrage to humanitarian sentiments everywhere. Israel has consistently defied UN resolutions and world public opinion, which have repeatedly called upon it to end the occupation, dismantle the illegal settlements on Palestinian territory, and to negotiate in good faith towards the establishment of a viable Palestinian state.

Why does the US, virtually alone in the world, condone and underwrite such palpable injustice? Why does it support and fund Israeli aggression instead of committing itself to a fair negotiation?

We call upon you and the United States government to join us in condemning Israeli aggression and occupation in Palestine, and to work hard for a just and lasting peace in the Middle East.

Without justice there will be no peace.