More from Minu Ittyipe
View All

If a poem could be drawn or sculpted, how would the words manifest  themselves is an interesting thought. The third edition of the Kochi-Muziris Biennale (KMB) which opened at the magical moment of 12 noon on 12/12 at Fort Kochi, Kerala, attempts to take the poetics of space to a higher plane. Of the 97 artists, there are six poets physicalising the aspects of their writing, there are other artists inspired by the words of poets, the words on passports, the play of words and even giving expression to that which is nameless, which exists outside the realm of language. 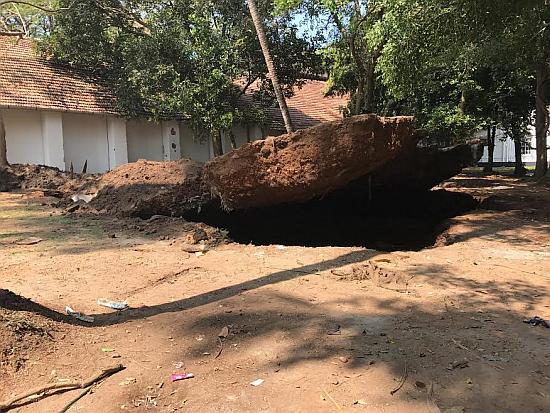 The fact that the Chilean poet Raul Zurita kick-started the biennale in 2015 speaks volumes about its trajectory. The title of the biennale, too, is drawn from a line in a poem by Sharmistha Mohanty,“Forming in the Pupil of an Eye” which refers to what a sage sees for the first time when he opens his eyes after a prolonged period of meditation. The biennale curator Sudarshan Shetty explains, “It is about bringing poetry into the contemporary art space. It also challenges the notion of what contemporary means. Whether they are artists, dancers, poets, musicians, theatre performers, they represent a contemporary situation, our contemporary lives. It is important to bring them together in a way that it makes for interesting conversation between the other works at the biennale.” 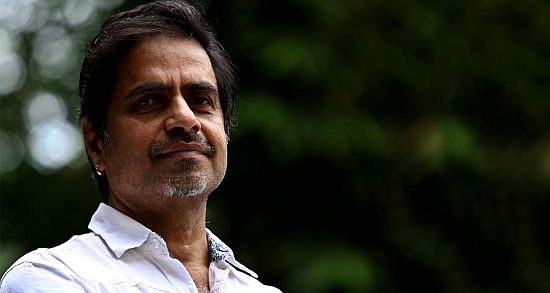 Khaled Sabsabi, a Lebanese/ Australian installation artist, thinks this poetic sensibility, not usually seen in other biennales, is refreshing. Though the line “Forming in the Pupil of an Eye” was inspired by the Rig Veda, Sabsabi connects it instantly to the Sufi poet Jalal ad-Din Rumi. “Rumi too speaks about the seen realms and the unseen realms. There is nothingness in the pupil of an eye but yet it’s filled with images and memories.”

Sabsabi’s video installation titled 70,000 veils (exhibited at the TKM warehouse) is inspired by Sufist literature that says there are 70,000 veils separating the individual from the divine but none separating the divine from the individual. Sabsabi, exploring those words, spent over 7 years collating 10,000 images of his everyday life, of his travels, which he assembled into 70,000 photoshopped images. He then worked tirelessly for three and half years to create 3 D videos, each which runs for 700 seconds.

Says Sabsabi, “A veil means a threshold, a destination, a boundary. This work in 3D is the metaphysical threshold. If you think about enlightenment you pass through a threshold. I am interested in spirituality that existed much earlier. In the last 100 years, the world over, there has been a shift towards ultra-orthodox right wing that serves political causes. There is no such thing as pure race, pure thought or pure ideology. If people don’t migrate and intermingle then they can’t evolve as human beings. I take refuge in making these works because I appreciate traditions and customs. As I worked and sifted through these layers of my memories and I began hallucinating about the divine.” The political position that Sabsabi takes is subverted. The politics of migration, nationalism, refugees, exclusion echo in the works at the biennale.

The other artists, like Sabsabi, have left it to the viewer to engage or disengage with the political in their artworks but quietly they are making a point. As Shetty explains, “There is something essential in the way we look at the world which is multiple in nature. That multiplicity is inclusive and not exclusive. It is a political stand that we have to reiterate our identities which are multiple in nature. Our strength lies in the fact that we see the multiplicities that we live with or that we project onto the world as inclusive. If you talk about politics within the art, there will be various levels and shades. I firmly believe that it does not have to be a headline which becomes all about itself. One of the ways is bringing in the idea of multiplicity into the work to create another world instead of a direct reference. But at the same time I also doubt its effectiveness. I believe we should create the space to explore it.”

To elucidate the history of migration, Pondicherry based artist Desmond Lazaro  traces the journey of his grandfather from Burma to England in the 60s in his installation titled: Promise; The Family Portaits (exhibited in Aspinwall House). He creates memory screens that allow the viewer to walk through the Lazaro history: barnacled to world migrations and movements, to world history.

The screens become virtual windows to the past. The tiny details in the film that his father made of their early lives in Burma- like the print on the wallpaper, becomes exaggerated on the memory screens. The emblem on his grandfather’s passport is recreated in stunning embroidery. Finally, the promise on the passport, a safeguard for the migrant, in golden letters read: "These are to request and require in the name of Her Majesty all those whom it may concern to allow the bearer to pass freely without let or hinder acne and to afford the bearer such assistance and protection as may be necessary.”Says Lazaro,“That was a promise on the passport. The promises and pacts between nations and states no longer hold. The promise is broken.” True, the word “promise” too is redundant, just an appendage on currency notes, in contracts, in relationships.

Art historian and curator Ranjit Hoskote says that “migration” and “refugees” are fundamental themes that many biennales are looking at today. “It swells in a larger global context. Biennales are, after all, tools of investigation into our political and cultural realities. It is good KMB is responsive to this.” Israeli artist Yael Efrati’s Eye of the Sea, Ales Steger’s a pyramid for exiled poets that squats right in the middle of the compound are just few of the other installations confronting migration, displacement and refuge. 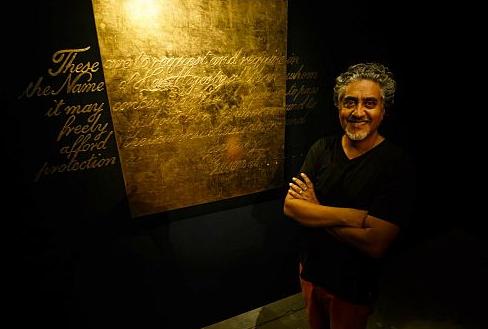 As it has been in the earlier two editions of KMB, the Aspinwall House in Fort Kochi sitting by the edge of the sea, is the starting point of the biennale and then it stretches out to 12 venues across Fort Kochi and the mainland Ernakulam.

In the compound of Aspinwall, Zurich based artist Bob Gramsma’s installation, cannot be ignored.  Riff off, OI#16238 ,likea tectonic shift, creates a gaping hole. Working on the premise that every metre of the earth contains one hundred years of history, “the installation has a sedimentary trace of history and creates a literal space between the present and the disappearing past.” Says Gramsma, “I create forms without architecture. If you really look at it, all hollow forms have no language. You just call it a hole, or a gap. Only when it takes on a form does it have a name. Here we dug a large hole and a concrete cast of 130 ton has been poured into the created cavity. The hole in the ground acts as a mould for the installation. Then slowly the earth has been removed from under the other side tilting the concrete to show what lies below- creating a monumental blueprint of the void.” 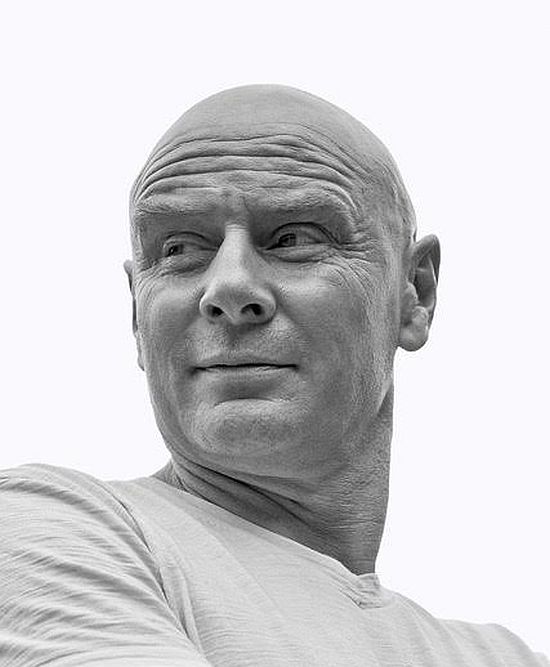 There are numerous collaterals, performances, talks and cinemas creating a whole eco-system for art lovers at the KMB 2016. It is bound to make the viewer stop and reflect. Kochi-Muziris Biennale featuring 97 artists will open on 12/12/2016 and close on 29/3/2016.