'There Was No Use Informing Justice Balakrishnan'

Justice Kapadia's claim that he did not bring any corrupt Judge to the Supreme Court, has to be qualified by at least one instance where he (or rather the Collegium of which he was a member) almost succeeded. 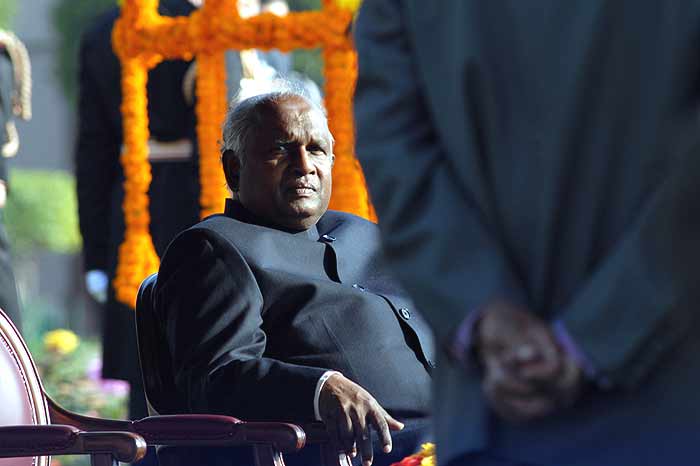 I had stated in an earlier post that I gave to Justice Kapadia, the then CJI, three mobile numbers of agents of a very senior Allahabad High Court judge against whom there were serious allegations of corruption, and requested him to get those numbers tapped through intelligence. He did as I requested, and some time later he told me that the conversations taped on those numbers established the corruption of the Judge.

Despite this, Justice Kapadia, took no action against this Judge ( although he did not make him Chief Justice of any High Court or Judge of the Supreme Court).

In response to my statement Justice Kapadia has said that he did not remember this. It is strange that he has no recollection of this, but the record would be existing with the intelligence agency concerned, and perhaps also in the official file of the Chief Justice.

Justice Kapadia also said that he did not bring any Judge to the Supreme Court who was unfit.

One day during lunch interval, I went to Justice Kapadia's chamber and told him about the bad reputation of that Judge, giving details. I told him that I was not in the Supreme Court Collegium, but he was, and now it was for him to do whatever he thinks proper, and I have done my duty. There was no use informing Justice Balakrishnan since it was he who was pushing for the Judge's elevation to the Supreme Court.

After listening to me, Justice Kapadia thanked me, and said that in future also if I have such information I should pass it on to him.

Despite this, the Collegium, of which Justice Kapadia was a member, recommended the name of that Judge having questionable integrity, and he would have definitely been elevated to the Supreme Court but for the Tamilnadu lawyers who produced voluminous documentary evidence of his corruption. As a result he was transferred to a small High Court, and later impeachment proceedings were brought against him in Parliament, which lapsed when he resigned.

So Justice Kapadia's claim that he did not bring any corrupt Judge to the Supreme Court, has to be qualified by at least one instance where he ( or rather the Collegium of which he was a member) almost succeeded.

It may be further mentioned that even though I had informed Justice Kapadia about that Judge's reputation, neither the Collegium, nor Justice K.G. Balakrishnan ever consulted me about that Judge. I should have been consulted, as the decision in the Judges case says, since I was on the bench of the Madras High Court ( as Chief Justice ) at the time that Judge was also in the Madras High Court. Instead, Justice Ravindran was consulted, although Justice Ravindran and that Judge were never in any High Court at the same time. This was obviously done by Justice K.G. Balakrishnan knowing that if consulted I would give an adverse report . But why did Justice Kapadia not tell Justice Balakrishnan to consult me ?

Much later I met Justice Kapadia and reminded him that I had informed him about the bad reputation of that Judge, but no heed was paid to my words. I said that the Supreme Court could have been saved so much embarrassment if my advice had been sought. Justice Kapadia admitted that I had informed him, but said that Justice Balakrishnan, the CJI, was adamant, and so the recommendation was made.