'There Is No Room For Debate In Gujarat'

The former professor of English at the MS University of Baroda on his opposition to the ghettoisation of Gujarati society after 2002. 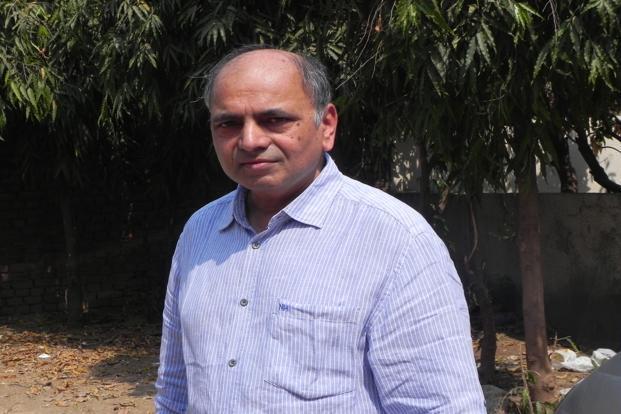 Padma Shri Ganesh N. Devy, formerly professor of English at the Maharaja Sayajirao University of Baroda, a renowned literary critic and activist is founder and director of the Tribal Academy at Tejgadh, Gujarat

He is a soft spoken, erudite figure. Not a vestige of the shrill, rabid pseudo-secularist about this Baroda scholar. But being a dissenter in Gujarat 2014 implies a fearless, freedom fighter.

He gave a concise, analytical outline of his opposition to the ghettoisation of Gujarati society after 2002.

'It's my duty to fight for Gujarat. If Modi wins, he will ruin India as he has ruined Gujarat.

'In Gujarat, the Hindu-Muslim divide is no longer a debate, nor an ideology. It is a law. In 2002, the Gujarat Assembly got in an Act by which they could declare any area a 'Disturbed area'. The authority to declare an area 'disturbed' is given to city councils. It can be done administratively, not legislatively. So, the corporation or municipality can make a resolution prohibiting Hindus from selling land to Muslims and vice-versa.

'Now look outside this window. For three kilometres, Hindus live on one street and Muslims on another.

'Disturbed areas. This has completed the ghettoisation of Gujarat.

'Now they are starting with Jains. Check out VUDA circle. There are big hoardings saying: 'Why should Jains be given special minority status?'

'There is no room for debate in Gujarat. It is now a question of legal provision which has deeply divided this state.

'If Modi comes to power, he will have similar plans for India. This is the Gujarat model of development.

'They create hype. A lot of argument, if he goes to Varanasi, Bihar will vote for him. By the same logic, his being in Varanasi should influence Chota Udaipur which is next door. If you ask around Chota Udaipur, everyone will say, Congress is winning there. Zero kilometres from Baroda, Congress is clearly winning.

'In his heart, Modi knows it's a lie. His reason for going to Varanasi is 'ideological' — making the “Hindu' city, his place. After all, he's the Hindutva hero.

'The student elections, in Baroda University, very influential in this city, were held 3 to 4 months back. ABVP lost in Baroda university. That clearly shows you what support the BJP has with students. BJP support base is eroding steadily. People here are fed up of hearing about the Gujarat model. It hasn't reached them. Day before yesterday Modi came to Baroda. Divya Bhaskar, our local paper, reported on Page 4 that it is the first time, in Baroda that of 20,000 chairs, in a Modi rally, 2000 were empty.

'The next BJP CM will lose Gujarat and they will say Modi magic has gone.

'All is not lost, Modi is sitting on a very big contradiction, He can get support from the US government on his anti-Muslim plank, terrorists etc. but he is committed to the Ambani Oil Empire which gains its support from Arab countries. He will be torn in two. He cannot do without his anti-Islamic rhetoric, nor can he survive without his Arab oil money.

'Mistry is a good man. He has worked with the poor and people know that. The fight here is only because of Mistry's decision to contest Modi. He brought Modi running to Baroda because suddenly there is a contest. The poor will vote for Mistry.'

“Here's the ghettoisation before you. This entire street, Tandalja street is all Muslim. Even Cricketer Irfan Pathan, internationally famous, national hero, has to live here. All his money won't get him a house on a posh Hindu street.

'The ghettoisation has been achieved with Hitler-like precision. Cleaning, garbage collection is poor in these areas. In Gujarat, ATMs are like kirana shops, every 20 feet there is one. Here you have to look hard before you find an ATM.'

500 yards away, Ganesh Devy points out the Hindu street. Everything is more up-market. Better, cleaner. Posters are completely BJP.

'Mainstream media thinks he has mellowed, become benevolent. The menace is there beneath the surface. They should explore Gujarat to discover it'.