Not that we didn't have terror depicted in films in the past, but 2008 brought the real and reel together in a scary, unimaginable way even if Bollywood is still shying away from tackling the politics of terror. 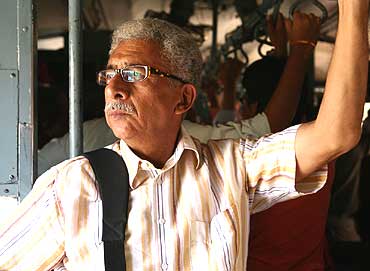 Filmmaker Neeraj Pandey thinks it’s silly of me to see any connect between his contentious film, A Wednesday, and the recent terror attacks on Bombay. Yet I can’t ignore the eeriness in retrospect. It was as though the anger, hatred and outrage articulated by people in the aftermath of 26/11, their slogans of "enough is enough", were preempted on screen as the frustrations of the "stupid common man" by a rousing Naseeruddin Shah. "The anger was always there. People were asking questions then just as they are now," says Pandey, who claims to have picked the idea of the film from what he saw and observed around himself. Only now the open display of public rage and helplessness has brought the real and reel together in a scary, unimaginable way--a case of reality inspiring cinema, and celluloid, in turn, anticipating reality. 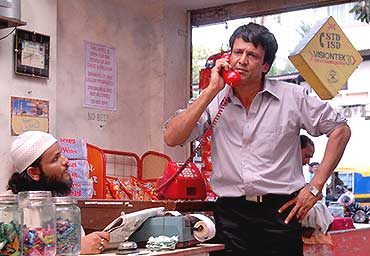 A counter-point to A Wednesday is Nishikant Kamat’s Mumbai Meri Jaan, an empathetic, affecting, moving tale of the tragedies of five Mumbaikars in the aftermath of the train bomb blasts. Its simplistic but uplifting resolution-- Sai Baba's prasad bridging the Hindu- Muslim divide --suddenly seems obsolete when the entire nation seems to be demanding action rather than a show of spirit and resilience. The message of the essential humanity of people redeeming a city, of liberalism, pacifism, generosity and good-heartedness, seems lost in the midst of madness and melee--both in the reel and the real world.

Call it a twist of fate but 2008 has had several films dealing with the reality and aftereffects of terrorism—Mumbai Meri Jaan, A Wednesday, Aamir, Hijack, Black and White, Tahaan...

Not that we didn’t have such films in the past. Mani Ratnam gave terrorism an Eastman colour, picture perfect, romantic sheen in Roja (1992) and Dil Se (1998). John Mathew Mathan’s Sarfarosh (1999) played out like an edgy thriller that was categorical in placing the blame on the other side of the border, pointing a finger at Pakistan for aiding terrorists. 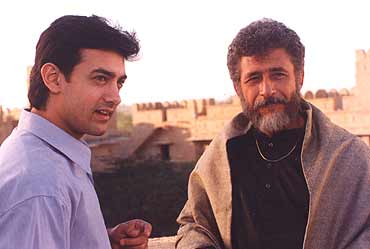 In Anil Sharma’s The Hero (2003) terrorism unfolded like a spy thriller with Sunny Deol trying to save India from the Pak nuke. The film played on the animus against Pakistan. ISI harbours terrorists, Pakistan engages in such trivial pursuits like making the Islamic bomb--that was the wisdom gained from watching the film. In recent times Kunal Kohli’s Fanaa (2006) presented terrorism with huge lashings of romance and melodrama and anticipated the increasing sophistication and globalisation of terrorist operations that we read of in the news pages. Away from the mainstream Santosh Sivan’s The Terrorist (1999) portrayed the conflicts and dilemmas of a young suicide bomber and Anurag Kashyap’s Black Friday focused on Bombay’s underworld-aided bomb blasts of 1993 tracing their roots back to politics of hatred.

The mainstream Hindi terror films of 2008 are seemingly more acute and sharp; whether they are truly so is the subject for another debate. But these films do come with a bigger sense of immediacy, perhaps because the frequency of terror attacks in the country too has increased manifold. "Every three months there is a big blast, terror has become part of reality, it has crept into our lives so we have grown more sensitive towards it," says Raj Kumar Gupta, director of Aamir.

In the last couple of decades terrorism has also arrived in the heart of urban India—in Mumbai, Delhi, Bangalore--than remaining confined out there—in Kashmir or Punjab. Its victims are people like us, on a night out for dinner or a day out for shopping. No wonder the films are also tackling the issue from an urban, middle class point of view. "It is affecting people like us sitting right here in the cities," says Gupta.

Interestingly, the terrorist hasn’t merely become the great new villain in Bollywood plots. Khalid Muhammad’s Fiza (2000), Vidhu Vinod Chopra’s Mission Kashmir (2000) and Gulzar’s Maachis (1996) tried to sympathetically, albeit simplistically, examine the psyche, emotions and problems of those who take the violent course, how they are mislead, misinformed and indoctrinated. In the same vein we have had Subhash Ghai’s well-meaning but uneven and confused Black and White that shows two sides of the Muslim coin: the warm, genteel intellectuals as against the fanatics--the jihadis and fidayeens. The message is simple: killing a terrorist is not enough, you have to dig far deeper to try and understand why a terrorist gets born. "Certain communities are pushed to a corner. They express their anguish through such means; they are provoked into acts of terror. Nobody is a terrorist by nature. They’re brainwashed into becoming one. Education is the only way out," says Ghai. 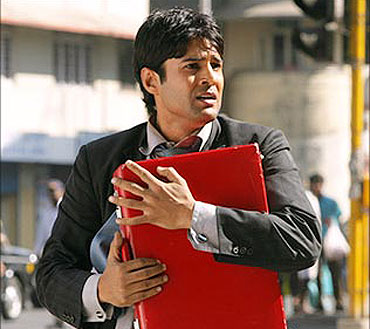 Raj Kumar Gupta’s Aamir too showed the polarization within the Muslim community, showing the moderate as well as the radical forces play against each other. The liberal Aamir refuses to fall prey to the extremists, sacrificing his life to save the nation. "It showed both the voices, the irrational as well as that of sanity," says Gupta. "Violence can never be justified but there have been attempts to see the human side of terror, to understand the wounded psyche," says Gupta.

But Bollywood is still shying away from tackling the politics of terror, the many wheels within the wheels, perhaps willingly so. "It’s a complex issue. It’s difficult to distinguish black from white, right from wrong, it’s a difficult area to get into," confesses Gupta. According to him the dynamics of terrorism are changing by the day with "Hindu" terror gaining focus now after Malegaon as against "Islamic" terror. Says he: "I wonder if and how we would represent that." Worth wondering for sure.