'The People Of Undivided India Are One', RSS Chief Mohan Bhagwat Says Power And Tact Needed In Kashmir

There was need for "shakti" (power) and "yukti" (tact) to ensure that "truth prevails", Bhagwat said. 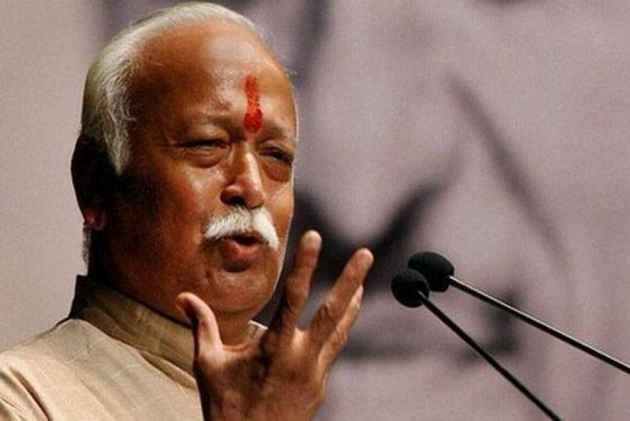 RSS chief Mohan Bhagwat today called for using strength and tact to counter "forces seeking to divide the people" of Jammu, Kashmir and Ladakh and said trouble-makers only understood the language of power.

There was need for "shakti" (power) and "yukti" (tact) to ensure that "truth prevails", Bhagwat said.

The Indian Army, with its "efforts, sacrifices and dedication", had maintained "shakti", which was needed because trouble-makers "only understand the language of power", he said.

Stressing that Kashmir was an integral part of India, he said the people of the Indian sub-continent belonged to one nation and had the same DNA.

"The Kashmir problem should not be viewed as a problem...The root of the problem is that we have forgotten our unity and that Bharat is one (nation)," Bhagwat said.

He was speaking at the inauguration of the 'Sapt-Sindhu Jammu Kashmir Ladakh Mahotsav' organised by the Jammu Kashmir Study Centre here.

"There are (some) forces who say that since our language is not similar, we are not one. This has happened because we have forgotten our roots. Jammu, Kashmir, Ladakh, Gilgit, Pakistan, Siachen, and, one may say, the (region) east of Kabul, the area west of the Chindwin river (of Myanmar) up to Kabul, the slopes of Tibet on the China side and south of Sri Lanka are one country," he said.

The people of Akhand Bharat (undivided India) are one, he stressed.

Speaking on the occasion, Mizoram governor Lt Gen Nirbhay Sharma called for doing away with "pseudo-secularism".

"I have observed that...When we work for or talk about the Hindu religion, it is said that it is not secular. We cannot talk about restoration of temples destroyed in Kashmir ... As it is seen as communal," he said.

Questions were raised if improvement work was initiated for the Amarnath pilgrimage, Sharma added.

"We need to remove pseudo-secularism," he said.