The Nuts And Bolts Of Fighting A Low Cost Election 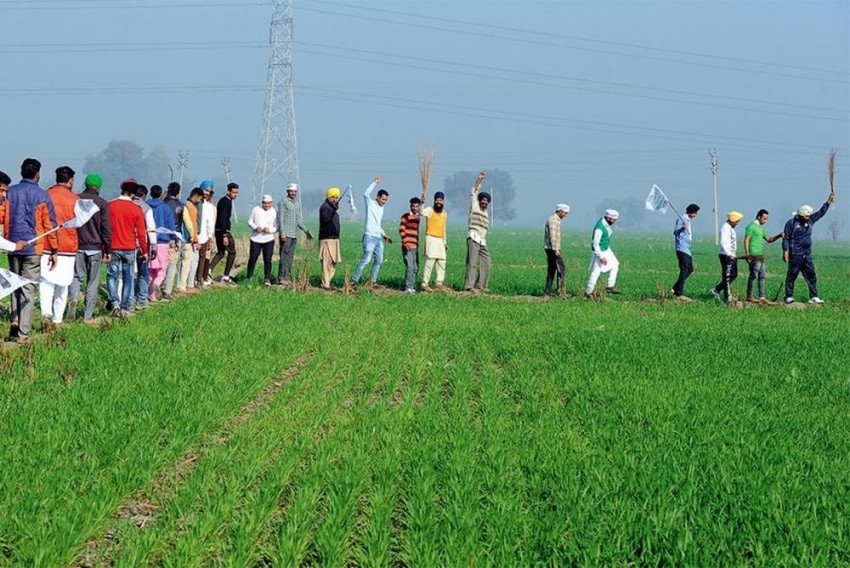 Newspapers in Punjab are mocking the Aam Aadmi Party (AAP) for its “utopian” fancy of being able to win the assembly election on a shoe string budget. Conventional wisdom tells us that this is not metropolitan Delhi where two or three colonies make up one constituency. Punjab with 150 odd villages in one constituency that could span hills and rivers, a tipple happy population which cannot remember an election without plentiful liquor and drugs, and cash rich political opponents with deep pockets is a different game altogether.  Its a tough call and a new trial for the fledgling party which is making its first foray outside Delhi, but one that the AAP is determined to do its own way.

The challenge of fighting a low cost election lies not just in getting clean funding –which is in any case scarce- but also to introduce people to a new kind of election campaign, sans frills and freebies.  AAP fund raising teams in Punjab are at their wits end in trying to persuade donors to pay through cheque or online transaction. Many fund raising drives have fallen short of the target because donors who want to give large sums in cash refused to give even Rs 10,000 when asked to donate through cheques or online transaction.

Till a couple of months ago the party was banking on financial support from the Punjabi NRI community most of who are rooting for AAP. Professionals in the US and elsewhere formed groups where they resolved to contribute small amounts each month to be deposited in the party’s account. But the supporters soon realised that the party is scrupulous about not accepting money from those NRIs who hold foreign passports. That source of funds is down to a trickle now.

But the NRIs made up by coming in droves to campaign in the villages and towns. Presently 20 odd teams of NRIs are criss crossing the state and doing a ceaseless door to door, the likes of which Punjabis have not seen ever. Many have not even gone to their homes after landing as they plunged into a gruelling campaign  schedule drawn up by Punjab based volunteers. Those who couldn’t come have thrown themselves into our ‘call campaign’ where they call up people in Punjab to vote for the party.

This is also the party with the poorest candidates, many of who are on two wheelers. Perhaps the only party which has not given any advertisements to print and electronic media and in the era of paid news our election campaigns get the least space. And yet, when the AAP says it will sweep the polls its says so based on the feedback coming from its intensive door to door campaigning on which there is absolutely no compromise. Teams of volunteers spend from their own pocket to monitor candidates and upbraid the slack ones.  Dr Balbir Singh the unassuming eye surgeon who is taking on Capt Amarinder Singh from Patiala has taken to collecting small amounts of Rs 5 to Rs 10 from every house that he visits. Other candidates struggling to raise money for campaign basics like posters and flex boards have taken to doing the same.  Some have put up properties for sale, others are taking loans from banks to fund their campaigns. The son of a cycle repairman, the retired school teacher, the village shopkeeper, a hardup student, in short the quintessential aam aadmis are being taught how to fight a clean election with honest money.

As in Delhi, coverage of the AAP and its means in the conventional media is niggardly, but more than made up for by our runaway success on social media platforms run again, purely by volunteers. If the Congress has Prashant Kishore’s formidable and may we stress, very expensive team of professionals, ours are college goers, young professionals taking a sabbatical to work for the party,  living and working in boot camp conditions in shared flats and PGs.

The AAP is also the only party that routinely makes public appeal for funds and each time Arvind Kejriwal visits Punjab or Goa, he begins his public meetings with this appeal.  That biggies like the Congress, the Akali Dal or the BJP don’t talk of the need for money on the election street speaks louder than words about their financial heft.

And then that “sneaky little fellow” as the Congress’ Capt Amarinder Singh derisively referred to Kejriwal, rattled the establishment and opponents by asking people to take the money offered by other political parties but vote for AAP. “It is your money looted over the years by the corrupt. So if they offer you Rs 5000 for your votes, ask for Rs 10,000 and that too in new notes!” said he in Punjab and in Goa.  Acting on a complaint from, who else but the BJP, the Election Commission  frowned and said that this amounts to bribing the voters. A notice is in order. The sneak that he is, Kejriwal promptly tweeted, “‘ECs message - Vote for those who give you money”.

“Make me your brand ambassador and I will end corruption in election campaigns”, he has told a decidedly unamused EC. Meanwhile, his rag tag army of volunteers is kicking up a storm in Punjab.

(The writer is a spokesperson for the Aam Aadmi Party)