The Number Game Begins In Manipur

If BJP manages to cobble numbers yet Ibobi Singh stakes claim being the single largest party, it will depend on Governor Najma Heptulla who she wants to invite to form the government. 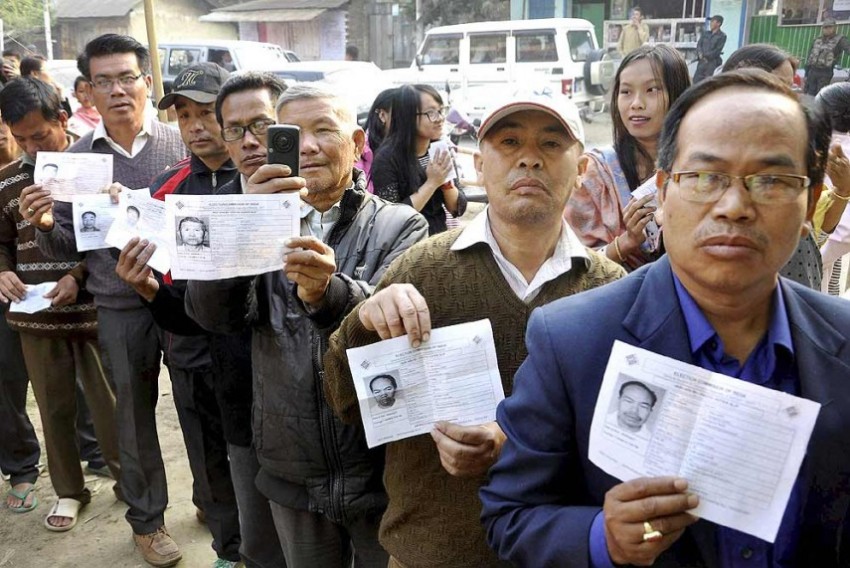 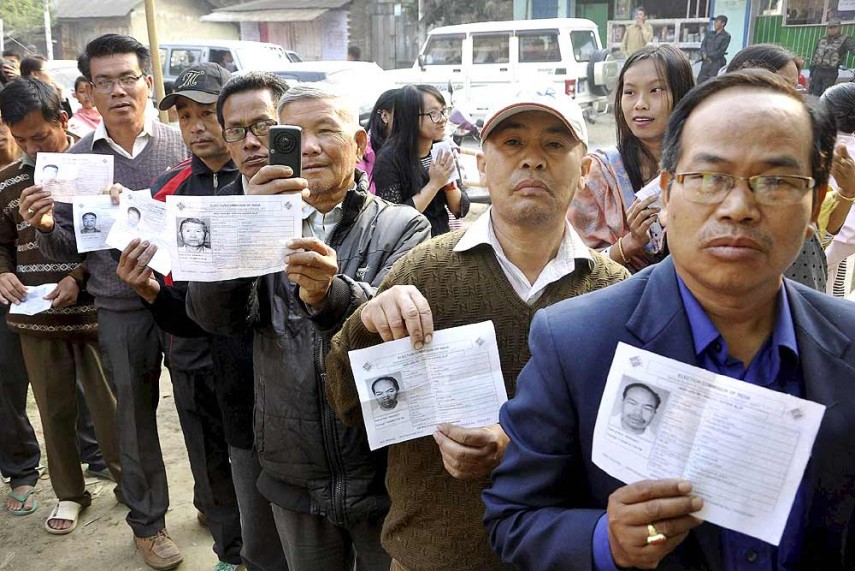 The National People’s Party of former Lok Sabha Speaker PA Sangma is likely to play the kingmaker in Manipur, which has thrown up a fractured verdict. With four MLAs in its kitty, its support will be crucial for both the Congress and the BJP in the power tussle.

Although the NPP is a constituent of the National Democratic Alliance, it is yet to declare its support for either the BJP or the Congress. BJP’s political honchos, Hemanta Biswa Sarma whose strategy helped BJP come to power in Assam and Ram Madhav, Lok Janshakti Party chief Ram Vilas Paswan are camping in the state to cobble up numbers.

The sitting Congress chief minister Ibobi Singh managed steer the party to single largest party (28), close to majority (31) but the BJP which has won 21 seats stands advantage. The reason being Naga People’s Front (NPF) which won four seats has already declared its support to the BJP, according to local newspapers there. NPF is part the North-Eastern Democratic Front, formed by the BJP as a platform for non-Congress parties in the North East, in May 2016.

Late PA Sangma’s NPP has won two each from the Valley and the Hills. Of the four, at least two of them belonged to Congress and BJP before elections. They shifted their loyalty to NPP when their respective parties refused give tickets. One of them is a former DGP of Manipur.

Ibobi Singh is of course now trying to poach NPP legislators. But Sangma’s son, Conrad who is calling the shots in the party has apparently clearly indicated that NPP will not go with the Congress. It is to be seen whether NPP legislators will still shift to the Congress, if at all. In Manipur, party loyalty holds less weightage than individual’s own aspirations.

But the same yardstick doesn’t apply on lone LJP MLA. It is said that he was the lone legislator from his party in last election also and if he wished he could have shifted loyalty to the Congress. But, he didn’t. Paswan is still camping in Imphal to ensure no casualty happens.

It will be interesting to watch the lone Muslim candidate who was aspiring for BJP ticket before elections but fought as Independent finally as BJP refused to oblige him. It is to be seen whether he will support the Congress or support the BJP by breaking the popular perception that Muslims are traditionally against the BJP.

While BJP’s leaders are sitting in Imphal for negotiations, Ibobi Singh is fighting the battle alone. Ibobi is leaving no stone unturned because he knowns if he is unable to form the government this time, his future will dim because people have voted for the BJP because of Modi and his development plank despite the fact that the party’s base in the state is still weak.

If BJP manages to cobble numbers yet Ibobi Singh stakes claim being the single largest party, it will depend on Governor Najma Heptulla who she wants to invite to form the government.