The Myth Of Media Hostility

How has the ‘most vilified politician in independent India’ gained so much currency, since it is manifestly untrue? Pick up a newspaper or listen to current affairs television and you are drowned in gushing prose eulogising every aspect of the PM 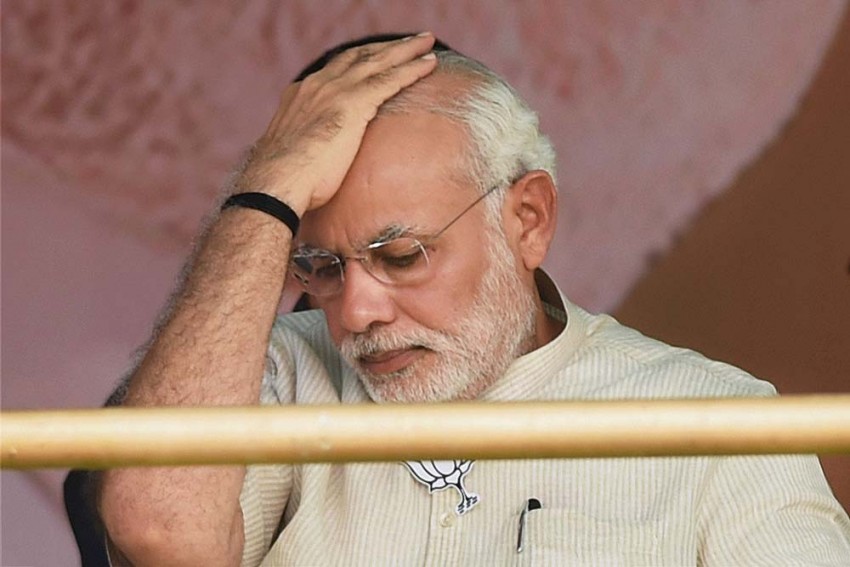 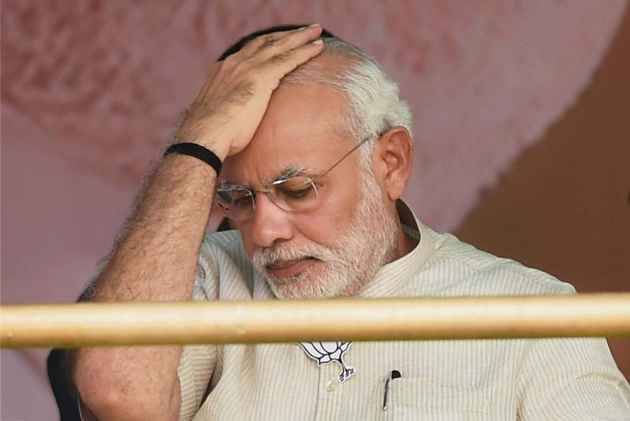 It is an article of faith with Prime Minister Narendra Modi (and his legion of fans) that the English media is habitually hostile to him. Nothing can shake this conviction. If liberals and pseudo-secularists need a hate figure to keep their adrenalin pumping, the reverse also holds: Right-wing politicians with a rising profile may come to terms with most enemies, but they keep at least one permanently handy. You could call it a pet hate. The prime minister’s pet hate is mainstream English journalists.

Post-2002, for five or six years, Modi may have had some justification for feeling aggrieved. Since then we have witnessed a sea change in attitude. Unfortunately, Modi is not the sort of person to accept that foe can become friend. Those close to him say he nurses a grudge, has a long memory for intended or unintended slights. And when it comes to media people, he is resolved never to forgive or forget.

An article of faith, alas, is a double-edged sword. It allows for no moderation. A successful politician brings many qualities to the table. Vital among them is sound instinct. So, if the PM’s gut-feeling is that English-speaking journos (head full of alien western notions apropos the Idea of India) are out to get him, he is perfectly entitled to his opinion.

Incidentally, Modi is not the first prime minister to have a complicated relationship with the press. Indira Gandhi too had difficulties. However, her aversion to the media did not translate into a foundational principle. She spoke occasionally to her adversaries in the press, something Modi is loath to do.

Modi’s likes and dislikes are his own business, but when his prejudices become the basis on which his government is run, the country is in trouble.

There’s a lovely story of how President Lyndon Johnson got even with a troublesome Washington correspondent. He invited him to the Oval Office and fed him a bogus ‘exclusive’, which was duly printed on the front page. After the false scoop was published, Johnson told an aide, “Got the bastard!”

The problem with Modi’s media misgivings is that his dislike embraces almost the entire domestic media not controlled by the government. And his media policy is based on those misgivings. That policy can be summed up in five words: No news is good news.

In an open democracy like India, with robust and diverse news platforms, this ‘closure’ has profound implications. It restricts debate and dissent on critical national issues. If the government of the day is going to reach the aam admi via Doordarshan or the Press Information Bureau or with written handouts from Modi’s office, it greatly restricts not just the quantum of information in the public domain, but also becomes a one-way, not two-way mode of traffic. I am reluctant to use the word ‘Orwellian’, but it is pretty close to that.

We now come to an astonishing self-contradiction. Modi’s media paranoia is situated well in the past. Ever since, and months before, he moved to his present residence in Delhi, I have wondered how the myth of media hostility towards the ‘most vilified politician in independent India’ gained so much currency, since it is manifestly untrue. You have only to pick up a newspaper or listen to current affairs television and you are drowned in gushing prose eulogising every aspect of the PM — from his wardrobe to his frugal diet to his skill in presenting India’s case to foreign audiences across the globe.

I am not referring to the pink papers, who sometimes read as if the messiah had landed; even sober news outlets find it difficult to contain their enthusiasm. Not since Rajiv Gandhi’s early years has a prime minister received such an uncritical press.

The US visit is a copybook example. In that week, the capital appeared bereft of journalists: they were all travelling at enormous personal expense to cover the trip. Hyper compliments regarding Modi’s alleged charisma and vision were forced out of American commentators, who appeared bemused by the collective overkill. The number of times i heard anchors use the word ‘brilliant’ must be a world record.

The apogee of excess was witnessed at Madison Square Garden. In my 40 years of professional life i have never seen a political event reported with such rapture. Enough has been said about our NRI brothers and sisters. Their hysteria and frenzy when they chanted “Modi, Modi, Modi” gave me goosebumps. The hero worship occasionally acquired a frightening nationalism. As for the clever wordsmith who gave Modi the concluding lines for his Central Park address, “May the force be with you”, he should be given a one-way ticket to Aksai Chin.

Modi actually gets a fantastic press. Journalists should be his favourite people — i count myself as a 55% admirer. The more access he gives them the more they will sing his praises. Even without access, they are doing an excellent job. But who will convey this to the PM and his fans basking in victimhood?

It is time the prime minister resumed normal service with the media. He needs to banish the current information blackout. Not only he, but the republic will benefit.

This was first published in the Times of India