A vast number of Indians polled were of the view that Indira Gandhi was the best Prime Minister this nation ever had. Faith in the dynasty's ability to revive Congress deserves respect because, quite possibly, it reflects the majority view. 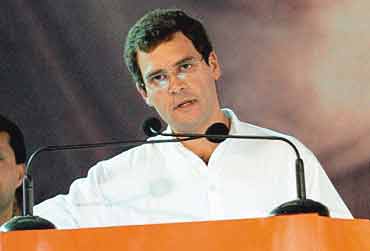 Young leaders deserve respect. They empathize better than do older people with the young, who are in a majority. They are not responsible for mistakes committed by the older generation. Most of their perceptions are derived from their forefathers. Finally, as younger people, they have a greater stake in the future than do older people. The recent utterances of Rahul Gandhi during his UP poll campaign need to be assessed in this light.

Rahul Gandhi said that had his family members been politically active at the time of the Babari demolition, it would have been averted. This observation implied a slur against the late Narasimha Rao and the rest of the Congress which governed the nation when the Babari demolition occurred. Many were, expectedly, incensed by the remark. But these reactions may be ignored. Consider this: Rahul’s remark, along with the unreasonably high number of seats demanded by the Congress in its parleys with potential pre-election allies, indicates the Congress strategy for revival. The strategy is not to re-invent the Congess. It is to perpetuate the dynasty.

Rahul Gandhi is evidently the great Congress hope for reviving the glory of the dynasty. A majority of Congress party members, and possibly a majority of Indians generally, would concur with the view that India’s best years were spent under governance of the Nehru-Gandhi dynasty. A vast number of Indians polled were of the view that Indira Gandhi was the best Prime Minister this nation ever had. A distinguished contemporary historian wrote, some time ago, that without Congress he believed there would be no India. Faith in the dynasty’s ability to revive Congress deserves respect therefore because, quite possibly, it reflects the majority view. 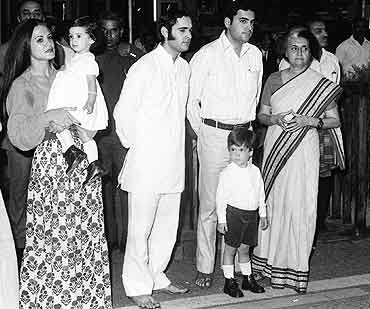 However, there is also a minority view. This scribe represents an extreme section of it. To assess the efficacy of the majority view the minority view deserves attention. I take the liberty of expressing it with total candour.

The Congress was created by the British to provide means for peaceful dissent after the violent Kuka revolt and the 1857 Mutiny. Free political expression by Indians enabled the British to govern wisely. Throughout the Congress’s freedom struggle, the British exercised influence over Congress leaders. There is no dearth of archival data to vindicate this fact. Ravaged by the Second World War, dominated by US influence, intimidated by the Soviet threat, Britain granted India Independence in 1947. It did so wholly on its own terms. It partitioned the nation. It succeeded in transferring populations through engineered riots to create an overwhelmingly Islamic Pakistan which became later a member of the CENTO and SEATO defence treaties intended to contain Soviet and Red Chinese communist expansion. Britain ensured that India and Pakistan would remain dominions of the British Commonwealth. It has been rightly said, therefore, that 1947 did not signify the sub-continent’s winning of independence, but a transfer of power from departing Englishmen to their brown understudies.

Accepting Partition was a brazen betrayal of the pledge given to the nation by the Congress. The Congress therefore lost the moral right to govern a free India. It ruled India as the appointee of the departing colonial power. Mahatma Gandhi faltered and allowed the betrayal. He later tried to undo the damage. He attempted to settle in Lahore and work against Hindu-Muslim division. His assassination aborted the attempt. His last will and testament, written on the day he died, sought dissolution of the Congress party.

The Mahatma’s grandson, Rajmohan Gandhi, recently defended his grandfather’s compromise by stating that opposition to the Partition would have achieved no practical result. The reasoning is flawed on two counts. First, Mahatma Gandhi’s stature in 1947 was very high. There is no telling what might have followed a fast unto death. Secondly, and more importantly, Mahatma Gandhi’s following was inspired by his commitment to principles regardless of results. The moral imperative invariably weighed more heavily on him than immediate results. What happened to that imperative?

For the last sixty years independent India has been influenced by foreign powers to the detriment of national interest. Media hype successfully masked this truth. Just a few highlights might be recalled here of how India served foreign interests over and above the national interest.

Despite repeated warnings by nationalists, Pandit Nehru refused to arm India against China before 1962. He was heavily under Marxist influence at that time. During the subsequent crackdown on Chinese banks in India, it transpired he had failed to disclose an account containing deposits of Soviet royalties on his published books.

Indira Gandhi was perhaps the worst Prime Minister India ever had. Apparently she was heavily influenced by foreign advisers. How else might one explain the puzzling sell-out through the Simla Agreement after the military victory in Bangladesh? It brought into question the motive of breaking up Pakistan. Was it a policy serving national interest or some foreign interest?

Was Indira Gandhi’s decision to create the terrorist LTTE outfit taken in the national interest or in some foreign interest? Apart from these military adventures – which dazzled an uninformed public – when, during Indira Gandhi’s 17 years of majority rule, did India achieve stability?

Was an avoidable Operation Blue Star undertaken to serve national interest, or some foreign interest? It was avoidable because this scribe, on Rajiv Gandhi’s request, had obtained from Jarnail Singh Bhindranwale an acceptable compromise one month before the operation. The offer of compromise was ignored.

Was Rajiv Gandhi’s decision to militarily intervene in Sri Lanka taken in the national interest, or to serve some foreign interest? Many examples might be summoned of such puzzling activity.

This minority view is based on the assumption that undoing the spirit of the Partition is a historic inevitability. The Congress was the instrument for creating the Partition. It will always remain an impediment to undoing the spirit of Partition. Therefore it deserves to be buried. Only then will India recover its soul. Only then will it fulfill its destiny.

Time will tell whether it is the majority or the minority view about the future of the Congress that will prevail.