The Mamata Who Stole Christmas

Walkers around Calcutta's Rabindra Sarovar had grown used to being surprised by music; and from surprise it had become an indulgence. But gradually a note of disharmony crept into the proceedings... 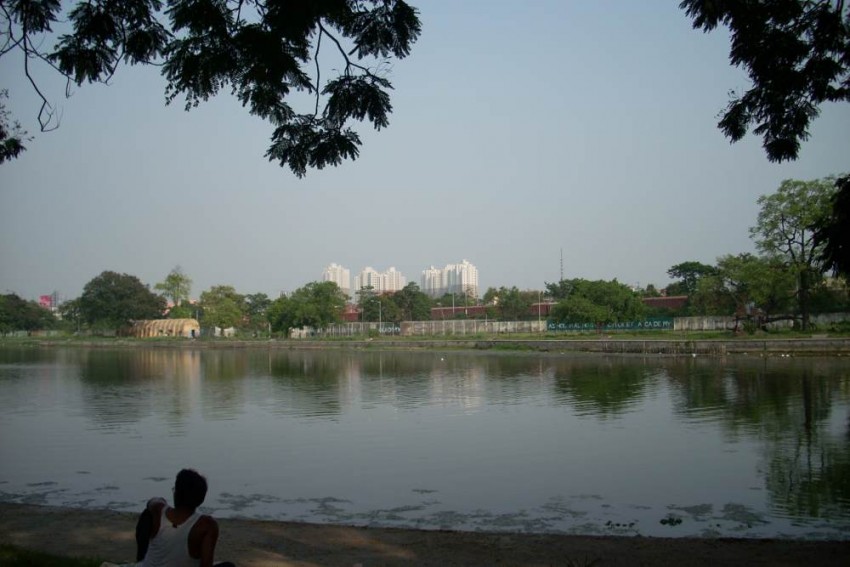 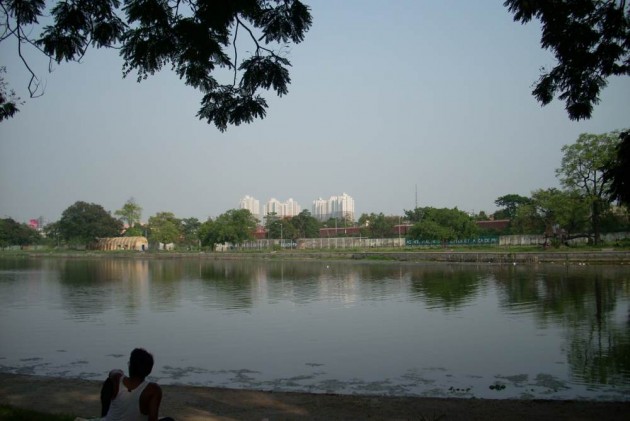 This is the tale of two Mamatas – one the original and the other a lady who was given the title. The original street fighting Chief Minister who brought Jishu Pujo to Calcutta in Allen Gardens and a lady called the Lake Mamata known for stalking Rabindra Sarovar with a stout bamboo staff hitting the inappropriately behaved. I had been hearing the story of Lake Mamata for a while now, in little trickles of incredulousness. What constituted inappropriate behaviour by the Lakes? Holding hands?  None of my co walkers was quite able to explain but they all agreed that the lady in question was against the playing of music at the Lakes.

Lake walkers had grown used to being surprised by ghazals or rock at 6 30 in the morning and from surprise it had become an indulgence. After a sweaty round to stop and listen to Hindi flm geet or on the 1st of the year bleary eyed hear Purano Shei Diner Kotha and Auld Lang Syne in all the glory of Tagore’s transcreation.

Gradually a note of disharmony crept into the proceedings. A baul who had been brought in to sing attracted a shower of coins and was quickly moved away by the Lake cops for busking – though the coins were mistaken tribute from walkers. In the meantime the Kolkata crossings harmoniously piped rabindrasangeet to all and sundry and Lake Mamata enchanted by its strains had declared rabindrasangeet and nothing else was acceptable in the blue and white surrounds that her original had decreed.

I occasionally wondered what this staff bearing lady looked like? She seemed to be one of those urban legends, feared but never seen. The music finally stopped – though it was permissible to the west of the Lakes at a designated spot where the audience was captive rather than the flowing trickle of walkers who stopped to listen, breathed sighs of appreciation and moved on. The year went by in its cycles – Lake Mamata and her habits were there to be tolerated or ignored depending on which path you walked by and I was fortunate  enough not to have crossed her path.

And then came Christmas with Didi lighting the tree at Allen Gardens and a shower of Chandanagore lights recycled from several pujas and Christmas Festivals passed. Christmas Day had always meant carols at the Lakes. They started at 6 30, haze, late sunrise or otherwise and most times I had showered, changed and presented myself at 7 30 in time to catch the last half hour. Over three years the carols had become the kind of start that I thought a Christmas morning should have, nostalgic, vaguely reverent.

I psyched  myself into an unwashed start bed hair and all at 7 45 on Christmas morning, cashmere poncho thrown on top of battered sweatshirt. It was all acceptable in a cause. My ears were stretched to hear music from two lanes away but there was nothing at all. The part of Rabindra Sarovar I knew was not alive with the sound of music.

I did find the carols eventually tucked away in the western corner. Lake Mamata had banished them there allegedly  threatening to start a signature campaign against the playing of mundane music in the Sarovar.  This despite the fact that permission had been granted by the relevant authorities. A notice directing people to the right spot had also apparently been moved so no one except those in the know would be able to find the music.

Everyone there thought of a woman in white setting off a stream of carols under a shower of lights every evening on Park Street. Calcutta was rocking to its Burra Din beat. After a while the forgotten corner of Rabindra Sarovar rocked too – including a woman who had crossed the road to come dancing in her dressing gown.   It was close – both Mamatas had stolen Christmas each in their own way but one had not exchanged notes with the other.

(The views expressed here are personal)