“I am not requesting for any help, but all I am asking for is to be not ridiculed or bullied online,” she said. 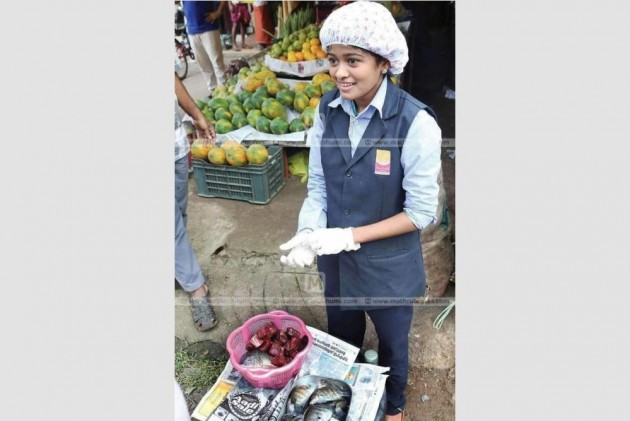 “Kerala sharks stop attacking #Hanan. I am ashamed. Here is a girl trying to put together a shattered life. You vultures!”  The Facebook post of Union tourism minister Alphons Kannanthanam was vitriolic, a sharp retort to to the barrage of trolling faced by a college student after a video clip of her selling fish went viral on social media.

Hanan Hamid, 21, became an overnight sensation after the video clip of a fish-seller in college uniform was widely shared on social media, drawing praise and condemnation in equal measure from Kerala’s online community.

The video also helped her land a role in hit director Arun Gopy’s next movie, ‘Irupathiyonnam Noottandu’ starring Pranav Mohanlal, son of the legendary Malayalam actor Mohanlal. This brought in a storm of hate comments from a section of online users who trashed the video as a publicity stunt to promote the movie. The stinging reaction of the internet has prompted local media to report on Hanan’s struggle -- of having to take up various jobs to fund her education and also take care of her ailing mother.

The B.Sc Chemistry student, at the Al Azar College in Thodupuzha, south of Kochi,  travels 60kms from her college to sell fish after her classes. She purchases her stock in the morning before starting her day at college. Apart from selling fish, she has also tried her hand in several other jobs ranging from selling snacks to anchoring for television to acting as a junior artist in a Malayalam movie to earn her way through college as she pursues an MBBS degree.

According to local reports, Hanan’s parents divorced her after her father turned an alcoholic, just before she was to appear for her higher secondary board exams. While her brother moved in with his father, her uncle gave shelter to her mother. This left Hanan to fend for herself, the reports said.

But luckily, a friend, Athira, sheltered Hanan till she moved to Cochin in search of a job. During her first job at a call centre, she partially lost her hearing abilities.

Director Arun Gopy came to her defense saying the video clip was not part of the film’s promotion.

“This was never a planned promotion strategy, and the video was authentic. The shooting of the film has not started yet, and why would anybody think that I would be promoting the movie even before the shooting starts,” he says. “Why would I go for promotion tactics when I already have a major star like Pranav Mohanlal in the lead?”

Apart from having called the video ‘fabricated’, there were a many who questioned why she was not wearing a ‘burkha’ if she was a Muslim’, and other things like, why was she wearing a gold ring if she was only a fisherwoman.

Paijas Moosa, Head of the Department of Chemistry at Hanan’s college, posted a live Facebook video arguing against the claims of online users that Hanan’s video was fabricated. He also explained that the struggles and challenges of the chemistry student is genuine and authentic, along with Hanan explaining her version, and requesting the public to not target her by false accusations.

The video also caught the attention of state opposition leader Ramesh Chennithala. Sources close to him said that they have made arrangements for providing free education to Hanan, and also funding her travel expenses back and forth from college.

On the video Hanan says, “I am not requesting for any help, but all I am asking for is to be not ridiculed or bullied online.”