The India-China Territorial Dispute Has Rekindled: Who Holds The 'Key'? 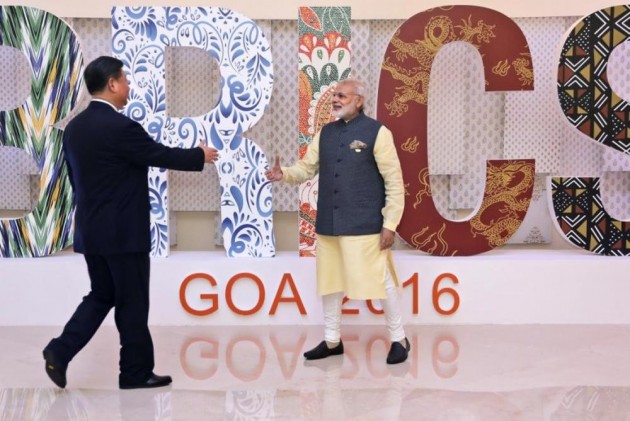 Dai Bingguo, former State Counselor and negotiator for a decade, has put the spotlight back on the India China dispute. Describing China’s position, Dai notes, “If the Indian side takes care of China's concerns in the eastern sector of their border, the Chinese side will respond accordingly and address India’s concerns elsewhere.” Previously, in his memoirs Strategic Dialogues, Dai disclosed that by 2012 both sides had agreed that they “have no intention to solve the boundary question talis qualis (as is)” and “will make meaningful and mutually acceptable adjustments” in both sectors. Privately, of course, Indian negotiators are familiar with this basic position. Essentially, China seeks Tawang, or at least a substantial portion of it, and is prepared to make similar concessions in the western sector. Because of Tawang’s strategic importance, however, India finds it difficult to part with the area in question.

Historically, British India’s frontier policies had failed to produce a single integrated and well-defined boundary separating India from Xinjiang and Tibet. The legacy was more nuanced across sectors. In the eastern sector, the British had attained an ethnically and strategically viable alignment in the 1914 Simla conference, even if the agreement itself had been repudiated by Beijing. London’s underlying rationale was to carve a buffer around an autonomous ‘Outer Tibet’ not very dissimilar to the division of Mongolia in 1913 that Russia and China had agreed upon. While this attempt at a zonal division of Tibet failed, the fortuitous byproduct of this episode was the delimiting of a border alignment between India and Tibet that largely mirrors the defacto position on the ground today. China’s principal concern back then, however, was not so much the precise India-Tibet boundary but the borders and the political relationship between Tibet and China proper. As A.G. Noorani notes, “Every single Chinese document objecting to that (1914) convention confined the objections only to the border between Inner and Outer Tibet. Not once was the Indo-Tibetan border mentioned”.

The western sector between Xinjiang and Tibet, and, Jammu and Kashmir was never successfully resolved by British India. The fluid British frontier approach in this sector was shaped by geopolitical and geoeconomic goals, and was never designed to meet the requirements of a sovereign nation state. As one historian writes, “The British were concerned not with a border but with access—routes, passes, ease of transport…The frontier was not a territorial unit with a defined border: routes defined the colonial frontier”. There were almost a dozen British attempts to establish where the boundaries should lie. Most, however, were exploratory surveys by frontier agents reflecting British expansion in the north-west frontiers rather than a concerted attempt to establish an international border. And, they varied with the prevailing geopolitical objectives of British foreign policy, vis-a-vis the perceived threat of Russian expansion. For instance, when Russia threatened Xinjiang, some British strategists advocated an extreme northern Kashmiri border. At other moments, a relatively moderate border was favoured, with reliance being placed on Chinese control of Xinjiang as a buffer against Russia.

This colonial legacy was reflected in the official Indian map of 1950, where Kashmir’s boundary to the east of the Karakoram Pass was expressed as “still undefined”, while the 1914 McMahon Line was clearly shown as the boundary in the eastern sector.

In 1956, when Zhou Enlai first raised the eastern sector, he said that while China never recognised the McMahon Line, it was an “accomplished fact, we should accept it...So, although the question is still undecided and it is unfair to us, still we feel that there is no better way than to recognise this Line”. In his January 1959 letter, Zhou offered “to take a more or less realistic attitude” towards the McMahon Line. In April 1960, in his last visit to Delhi, Zhou stated, “As China was prepared to accommodate the Indian point of view in the eastern sector, India should accommodate China in the western sector...We hope, that the Indian Government will take towards the western sector an attitude similar to that which the Chinese Government had taken towards the eastern sector...an attitude of mutual accommodation”.

Indian policymakers failed to cut a deal. Nehru’s response to Zhou says it all: “Our accepting things as they are would mean that basically there is no dispute and the question ends there; that we are unable to do”. This was despite Delhi knowing the disputed provenance of Aksai Chin.

Now to the second offer, which occurred during Atal Bihari Vajpayee’s 1979 China visit. Deng Xiaoping, unexpectedly, made a package proposal officially to Vajpayee. Deng suggested a comprehensive settlement based on the exchange of claimed territories in the two sectors, subject to adjustments “here and there” as necessary through detailed discussions in follow up action, once the overall principle was settled. Vajpayee responded with the Indian position that it should be possible to deal with areas of little or no difference first (the eastern sector) and then move on to areas where there was greater divergence (Aksai China). Deng ruled out a sector-by-sector approach and used the expression “package solution”, to describe his proposal, one that would settle the dispute in one go. Foreign Minster Huang Hua later wrote that the package offer was again repeated to India’s Foreign Minister Narasimha Rao in June 1981. According to Sharada Prasad, Deng repeated the “package deal” to Indira Gandhi’s close advisor G. Parthasarathy in September 1982. Again, India was unable to even accept the swap principle let alone endorse it as the basis for a settlement.

Thereafter, China’s entire negotiating strategy underwent a big shift. From seeking a deal around the status quo, Beijing now sought to put Delhi on the back foot by seeking concessions in the east. Eight rounds of talks were held between December 1981 and 1988. Initially, both sides adhered to their bargaining playbooks: India sought to address the eastern sector first which it viewed as relatively solvable and hoped to create a positive atmosphere for discussions on Aksai Chin. China instead favoured a “comprehensive settlement”. In the sixth round in November 1985, Chinese negotiators pressed claims in the eastern sector south of the McMahon Line. In an interview to Indian journalists in June 1986, China’s Vice Foreign Minister, Liu Shuqing, stated, “the eastern sector is the biggest dispute and key to the overall situation.”

First, policymakers must reflect on the historical failures to cut a reasonably equitable deal before the mid-1980s. Delhi could revive the spirit underlying the swap offers – a package deal of swapping claims – rather than the contemporary postures where each side seeks maximum tactical advantage in each sector. Indeed, the 2005 ‘Political Parameters and Guiding Principles’ Agreement, implied a path to return towards a comprehensive swap deal with minor exchange of territory. Second, India must start evaluating alternative boundaries along the line of actual control, which meet the demands of military security. Even if Tawang is a red line, India would still need to make frontier “adjustments” as part of a potential bargain. Finally, history shows that global and regional geopolitics has always been entwined with bilateral postures towards this dispute. Serious border negotiations, therefore, cannot commence without political stability and predictability in India China relations.