The New York Times reported that The Guardian lost 44.7 million pounds, or around $61 million, in the year ending April 2017, following losses of £68.7 million the year before 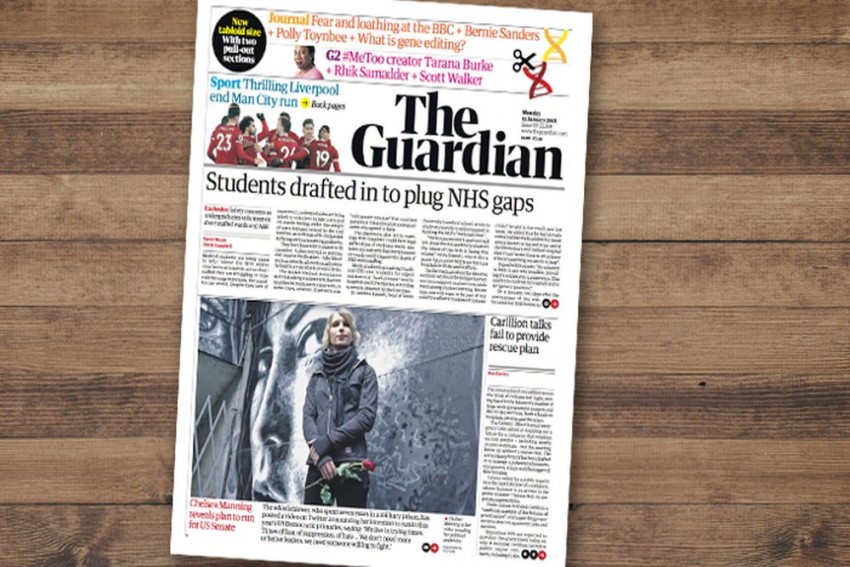 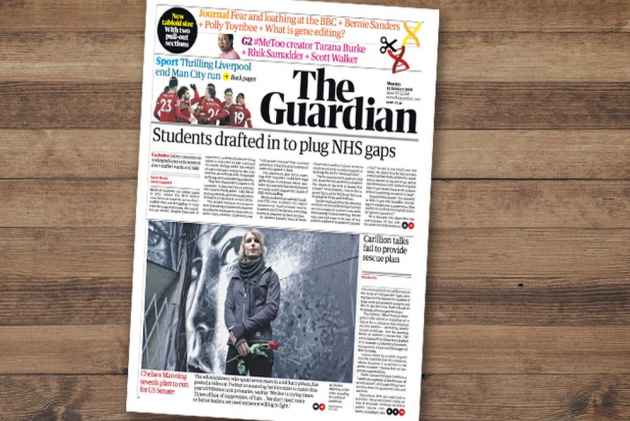 The Guardian, the British newspaper that won a Pulitzer Prize for its coverage of national security leaks in the US, has cut  300 jobs over a year and shifted from Berliner to a tabloid print format  to slash costs, putting spotlight on the viability of a business model that seeks donations from readers.

The New York Times reported  that The Guardian lost 44.7 million pounds, or around $61 million, in the year ending April 2017, following losses of £68.7 million the year before.

The media organisation also sold a stake in a trade publication group, to curb those losses. Other British newspapers, including The Times of London and The Independent, have moved from broadsheet to tabloid formats for similar reasons.

“Our move to tabloid format is a big step towards making The Guardian financially sustainable and ensuring we can continue to invest in agenda-setting journalism for generations to come,” Katharine Viner, editor in chief of Guardian News and Media, said in a statement.

Viner added that the organisation is in the process of finding a new business model. “I wouldn’t like to say we’ve got there yet, but I think we’re on the way.”

While crowd-funded journalism is relatively a new concept in India, it faced challenges over the years in other countries.

Contributoria, a division of Guardian Media Group dedicated to “people-supported journalism”, launched in 2014 but closed in September 2015, despite raising £260,000 for the authors of the 787 articles it published.

The US-based Beacon Reader, an independent web platform to fund journalism projects, closed in September after three years, during which time it underwrote significant projects, contributing $10,000 for a Texas Tribune investigation into police shootings and $57,000 for the Nation to monitor coverage of immigrant communities in the 2016 presidential election campaign.

So, how viable is it for Indian media houses, especially independent organisations, to opt for a crowdfunding model?

Crowdfunding is the practice of financing a project or venture by raising small amounts of money from many people, typically through the Internet.

Bilal Zaidi, founder and community coordinator of CrowdNewsing website which enables crowd-funding for individual journalists and organisations, believes although it’s a new concept in India, it can go a long way.

“We all know the media industry facing a huge challenge and that is to generate revenues. Advertising revenues are falling fast. That is when most independent media houses opt for a crowdfunding drive,” Zaidi.

Zaidi told Outlook that since the launch of the website eight months ago, it has managed to generate Rs 50 lakh from more than 3000 people.

“Running out of money, small news websites such as Janta Ka Reporter and Dalit Media Watch and Justice News reached us so that we could help them raise funds,” he added.

Zaidi, however, admitted that in a long run, it would be tough for an independent organisation to operate if it depends entirely on crowd-funding.

AltNews founder Pratik Sinha told Outlook: “It is very practical. At a time when many media organisations in India are either owned or controlled by a wide variety of entities including corporate bodies, societies, and politicians, the start-ups like us -- who want to keep society informed by producing quality, independent journalism, which discovers and tells readers the truth – have no other option left but to ask readers to donate funds,”.

Launched on February 9,  2017, AltNews, run by Pravda Media Foundation, launched its public donation campaign in mid-October last year. “So far, we have received a positive response from our readers,” Sinha said.

But is the money enough to pay salaries to his employees?

“See, we are a small team of four-five people. Being a start-up, the fund-crunch will be there, but we are getting good support from our readers. We have more than 1 million followers on social media. So far, many have donated money,” he added.

However, according to a study by the Pew Research Center in 2015, crowdfunding over the Internet is a small but growing boost to journalism, with funds raised soaring to $1.7 million in the first nine months of 2015. That compared with $49,256 raised through Kickstarter from April 2009, when the fundraising website got its start, to the end of that year.

Most of the journalism projects, or 64%, were to be reported in the United States. The rest proposed overseas work in more than 60 countries, Pew said. The number of people contributing increased to almost 26,000 in 2015 from 792 in 2009.

There is also a school of belief that traditional advertising and paywalls aren't a guaranteed recipe for success, as people are increasingly either using ad blocking software or unwilling to pay for the entire content of a newspaper or a website.