Is Daniel Pearl alive or dead? Who is Omar Sheikh? What made Pak suspect him? When was he actually arrested? Did Musharraf know? Who are the main suspects? ... 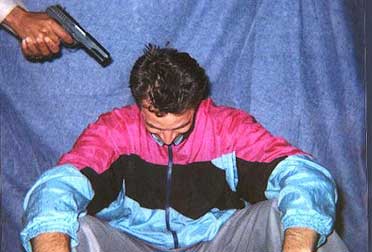 There is so far no conclusive evidence one way or the other. The only evidence one has are the contradictory statements of  Ahmed Omar Saeed Sheikh of the Harkat-ul-Ansar (HuA) renamed as the Harkat-ul-Mujahideen (HuM) after the US designated the HuA as a foreign terrorist organisation in October,1997.

The only versions of his statements available so far are those emanating from the Lahore and Karachi Police sources, whose credibility is weak.

Who is Omar Sheikh?

He is a British citizen of Pakistani origin, who had studied for some time in the London School of Economics.  He discontinued his studies and joined the HuA during the war in Bosnia, where the HuA had sent a contingent to help the Bosnian Muslims in their fight against the Serbs.  In 1994, he kidnapped some Western tourists in New Delhi to demand the release of Maulana Masood Azhar, then of the HuA, who had been detained by the Indian authorities.  He was arrested by the Indian authorities.

While in Tihar jail in New Delhi, he came into contact with Aftab Ansari, a mafia leader of India, suspected of having masterminded the attack on the security personnel guarding the American centre at Kolkata (Calcutta) on January 22, 2002.  Aftab Ansari has since been arrested by the Dubai authorities while he was about to board a flight to Karachi with a Pakistani passport under a different name and deported to India. He is presently under interrogation by the Indian counter-terrorism authorities.  Maulana Masood Azhar and Omar Sheikh had to be released by the Government of India in December,1999, to terminate the hijacking of an Indian Airlines plane to Kandahar by the HuM.  They proceeded to Pakistan from Kandahar -- Azhar to Bhawalpur in Pakistani Punjab and Omar Sheikh to Lahore.

Omar Sheikh got married in Lahore and had been living with his wife in Lahore since then.  His wife gave birth to a son at Lahore two months ago.  He held a big party to celebrate the birth of his son, which was reportedly attended by many local officials.

Before October 8, 2000, he was frequently seen in parties hosted by Gen. Mohammad Aziz Khan, then a Corps Commander in Lahore and now Chairman of the Joint Chiefs of Staff Committee.  Aziz belongs to the Sudhan tribe of Pakistan-Occupied Kashmir (POK) and was the Chief of the clandestine Army of Islam of the 1980s Afghan war vintage, consisting of the HuM/HuA, the Lashkar-e-Toiba (LET), the Al Badr and the Al Qaeda of Osama bin Laden.  The Jaish-e-Mohammad (JeM) of Azhar joined it in 2000.  Before 1999, he had served as the Deputy Director-General (DDG) of the Inter-Services Intelligence (ISI) and in that capacity was the controlling officer of the ISI operations in India and Afghanistan. In the beginning of 1999, Pervez Musharraf, then Chief of the Army Staff (COAS), had him transferred to the GHQ as the Chief of the General Staff (CGS).

Before 1999, it was the practice in the Pakistan Army that the CGS, inter alia, supervised the working of the Directorate-General of Military Intelligence (DGMI), but not that of the ISI, which reported directly to the COAS and the Prime Minister.  Musharraf ordered the transfer of the ISI division dealing with India and Afghanistan to the GHQ and placed it under Aziz as the CGS since he did not trust Lt.Gen.Ziauddin, an engineer, who had been appointed by Nawaz Sharif, the then Prime Minister, as the DG of the ISI.  The plans for the Kargil intrusion in July 1999 had been drawn up by Aziz and Musharraf during the second tenure (1993-96) of Mrs.Benazir Bhutto as Prime Minister and implemented without the full knowledge of Sharif. During the separate visits of Sharif and Ziauddin to Washington DC in the second half of 1999, they came under pressure from the Clinton Administration to co-operate with the US in the capture of bin Laden in Taliban-controlled Afghan territory.

On Sharif's orders, Ziauddin went to Kandahar without informing Musharraf, met Mullah Mohammad Omar, the Amir of the Taliban, and urged him to co-operate with the US against bin Laden and to act against the cadres of the Sunni extremist Sipah-e-Sahaba Pakistan (SSP), operating against the Shias of Pakistan from sanctuaries in Taliban-controlled territory. Musharraf came to know of this and sent Aziz secretly to Kandahar to direct Mullah Omar that he should not carry out the orders of Ziauddin or Sharif and that he should take instructions only from Aziz.

During his trial under the Anti-Terrorism Act, Sharif mentioned his dismissal of Lt.Gen. (retd) Moinuddin Haider, a Mohajir and a close personal friend of Musharraf, as the Governor of Sindh, and his acceptance of the request from the then US President Bill Clinton to order the withdrawal of the Pakistani troops from Indian territory in the Kargil area and to send Ziauddin to Kandahar to tell Mulla Omar to co-operate with the US as the major factors which led to an irreparable divide between him and Musharraf.  The court denied him permission to testify in detail on how Musharraf frustrated every effort of his to co-operate with the US on the bin Laden issue and his lawyer, who was preparing a written statement on the subject, was gunned down by unidentified elements in Karachi and all his papers were stolen or destroyed. Musharraf, who came under increasing pressure from the US to act against Aziz, transferred him out of the GHQ and posted him as a Corps Commander in Lahore and on October 8, 2001, posted him as the Chairman of the Joint Chiefs of Staff Committee.

Despite these transfers, Aziz continued to play an active role in monitoring and supervising the ISI operations in India and Afghanistan, supervised the emergency evacuation of the serving personnel of Pakistan's military-intelligence establishment from the Taliban-controlled territory after the terrorist strikes of September 11, 2001, in the US, organised the clandestine visits of bin Laden to Peshawar to undergo dialysis in the military hospital there and has reportedly been helping the survivors of the Taliban, the Al Qaeda and the Army of Islam in re-locating and re-grouping themselves in safe sanctuaries in Pakistani territory.

It was in that capacity that Aziz was maintaining contact with Omar Sheikh and using his services. After September 11, 2001, there were as yet unsubstantiated allegations that Omar Sheikh had transferred a sum of US $ 100,000 to Mohammad Atta, the mastermind of September 11, and that Lt.Gen.Mahmood Ahmed, the then DG of the ISI, had helped Omar Sheikh in making this transfer. From his base in Lahore, Omar Sheikh had been frequently travelling  in Pakistan itself as well as in Taliban-controlled territory in Afghanistan.

Why did the Pakistani authorities suspect the involvement of Omar Sheikh in the kidnapping of Pearl?

After the kidnapping, the media in Pakistan received through E-Mail pictures of the US journalist in captivity with dire threats to execute him if their demands were not met.  Three persons were identified by the police as having transmitted these pictures, arrested and questioned.  They mentioned the role of Omar Sheikh.

When was Omar Sheikh actually arrested?

According to the Pakistani authorities, he was arrested at Lahore by the local Police on February 12 after Musharraf had reached the US on his bilateral visit, but Omar Sheikh reportedly told the Karachi court that he had himself voluntarily surrendered to the Lahore military authorities on February 5, three days before Musharraf left Islamabad for the US, to prevent the harassment of his wife and baby son by the Lahore Police.

Independent reports indicate that the Lahore Police had rounded up all the relatives of Omar Sheikh except his wife and child in order to force him to surrender.  When he did not do so, they issued a warning that they would detain his wife too, thereby leaving the baby with nobody to look after it.  He thereupon surrendered himself to a retired Army officer living in Lahore who had worked under Aziz in the ISI.  He did not want to surrender to the Lahore Police due to fears of torture.  This officer reportedly informed Aziz in Islamabad who had intitially Omar Sheikh questioned by officers of the ISI before handing him over to the Police on February 12.  It is speculated that Aziz wanted to make it certain that Omar Sheikh would not tell the Karachi police during his interrogation about the contacts of Musharraf and Aziz with bin Laden.

Did Aziz alert Musharraf and Lt.Gen.(retd) Moinuddin Haider, the Interior Minister, who is co-ordinating the investigation, about the surrender of Omar Sheikh immediately after it took place? If so, did Musharraf immediately inform the US authorities about it and associate them with the interrogation?

Which are the suspect organisations so far?

The Jamaat-ul-Fuqra (JUF) based in Lahore and headed by Syed Mubarik Ali Shah Jilani, the JeM, the HuM and the Harkat-ul-Jihad-al-Islami (HUJI) are strongly suspected by the Karachi Police.

The JUF has an active presence in the US, Canada and the Caribbean and Pearl had reportedly planned to meet, amongst others, Jilani to check whether his organisation had any links with Richard Reid, the so-called shoe bomber, whose father is a British resident of Caribbean origin. The JeM, the HuM and the HUJI had sustained large casualties during the US air strikes in Afghanistan and their surviving cadres have been bitter against the US.

These three organisations are closely inter-connected.  Their office-bearers and cadres are largely drawn from Pakistani Punjab.  Many of them, including Azhar himself, had started their terrorist career in the SSP and, consequently, nurse strong anti-Shia feelings.

The HuM and the HUJI came into existence during the Afghan war of the 1980s as separate organisations.  They then united to form the HuA.  They resumed their separate existence after the USA designated the HuA as a foreign terrorist organisation in October, 1997.

The JeM was formed by Azhar in the beginning of 2000 by splitting from the HuM due to diferences with the HuM leadership over the handling of accounts while he was in jail in India.  Despite personality clashes, these organisations closely co-operate with each other on the ground and assist each other.  Since October 7, 2001, they share a redoubled anger against the US.

What does the incident speak of the character and personality of Musharraf?

It shows him in very poor light.  His statements have been as contradictory as those of Omar Sheikh.  Before leaving for the US, he said he was reasonably certain that Pearl was alive and confident that he would be got released.  During his joint press conference with President Bush in Washington DC on February 13, he held out a similar assurance.  The next day, he wriggled out of this statement while talking to the media and contended that it was only his guess  from the fact [as he put it crudely, in his own words] that Pearl's dead body had not been found.

Now, his own Police in Karachi is admitting that the hijackers had been living in Pakistan and that at least one of them had played a leading role in the kidnapping of Pearl.