The golden age of Sino-American relations has passed but a frontal collision is not likely anytime soon. 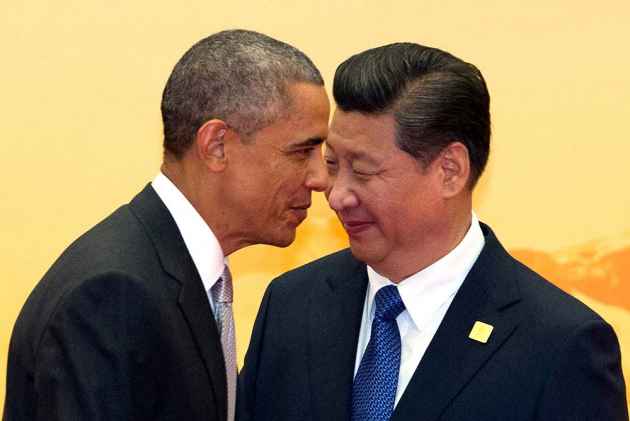 In July 1971, Richard Nixon instructed Henry Kissinger to undertake a secret mission to China via Pakistan. It immediately altered Asian politics and the course of the Cold War. The Sino-American rapprochement was as much recognition of the limits of US power after the debacle in Vietnam as it was a reflection of a divided Eurasia. That chapter has now closed and an evolving order beckons. Xi Jinping's state visit to the US will occur in such a backdrop where Chinese and American elites are profoundly conscious of the uncertain fate of their relationship.

It was the image of a common Soviet foe that brought America and China closer. That shared threat has not existed for nearly three decades. In fact, each is now deemed as the leading long-term challenge for the other. Not only are Washington and Beijing now defining their interests in competing terms in East Asia, their self-images and roles is making the process difficult to manage.

Let's first look at their interests. For Beijing, the direction of core geopolitical challenges is primarily from maritime Asia. Decades of smart diplomacy, periphery management, and, importantly a gradual but sustained transformation in Sino-Russian relations have provided Beijing with tranquility and strategic depth on its inner-Asian frontiers not witnessed for centuries. Most of the perceived threats now emanate from the Pacific.

Japan's emerging identity as a normal state willing to adorn a military role in close concert with the US is the dominant challenge for Chinese geostrategists. China is gradually developing the capacity to increase its strategic space and claim greater influence on its maritime frontiers, which have been dominated by the US Navy since 1945. For America, its strategic interests are well established. It wants nothing to change. Washington seeks to preserve its forward-presence across the Western Pacific, access that enables it to influence Asian security and keep the political economy of the vast productive region linked with American capital and industry. In sum, America's idea of a status quo is being contested by China, which seeks a revision of how the East Asian order should be regulated.

While competing interests are manageable, when situated in the context of incompatible roles the bilateral dynamic becomes adversarial. The main reason why US and China did not have to confront dissonance for decades was because Deng's China had accepted US global leadership primarily to buttress Beijing's domestic modernization. Deng was content with China's identity as a supporting actor in a world produced and directed by America. Even Deng's successors were remarkably restrained and offered no meaningful resistance to the renewed militarization of US global power after 2001.

This outlook changed dramatically in the 2010s as China's leaders sought a role more commensurate with its relative capacity and self-image. Ever since, China's great power identity has clashed with America's superpower identity. As Sinologist David Lampton remarked, in recent years "an almost imperceptible tipping point nearly has been reached with respect to US assessments of China's internal and external policy direction."

Beijing's concept of "a New Type of Major Power Relationship", first enunciated by Xi Jinping in February 2012, is essentially an attempt to persuade Washington to accept this new China. However, Washington is unlikely to voluntarily accommodate China's growing aspirations in Asian and global high politics.

US's domestic discourse is allergic to any re-orientation of an American role that eschews primacy and makes space for a rising power. Thus, any restructuring of the terms of engagement can only result from China's actual abilities to impose costs on vital American economic and strategic interests. In the military realm, these capabilities are still not potent enough unless China deepens its collaboration and coordination with a more advanced power such as Russia.

It is rarely highlighted that even during the so-called golden age of Sino-American relations, the common bond was a selfish material one rather than a shared conception of a world order. This fundamental dissonance has become obvious in recent years. Despite fading cooperation, however, it is premature to forecast a Sino-American clash in East Asia anytime soon.

For one, Chinese policymakers are still acutely aware of the fate of previous historical episodes of rising powers that recklessly challenged existing orders and self-destructed. Beijing actually still finds advantages from the open economic system that the West has sustained for decades.

After three decades of industrialization, China's geoeconomic hand is now stronger despite the formidable internal restructuring challenges that lie ahead. Given China's economic base, interdependence is no longer a one-way street of asymmetry in favour of the West or Japan. Chinese policymakers will probably weigh their geopolitical moves against the potential cost of diminished access to Western markets, commercial technology and advantageous participation in transnational manufacturing supply chains.

The US too is, arguably, not interested in a frontal collision with China whose opening with the West and Asia is too deep to roll back. Ironically, despite the heightened image of discord, US and China do not actually have a direct dispute other than America's strategic commitments to allied states (i.e. Taiwan, Japan, Philippines) that have bilateral disputes with China. In the normal course, neither Beijing nor Washington would risk seriously destabilizing these triangles to gain a costly advantage over each other.

Further, American policymakers, certainly those with a sense of history and strategy, are now sensitive to the US-Russia-China triangle and its evolving dynamics that could potentially complicate America's forward deployments and dilute US political alliances in East Asia and even elsewhere. US policy choices and military postures are directly shaping the nature of the Sino-Russian equation as part of a classic balance of power process. The prospect of Eurasia's geopolitical consolidation might restrain an overreaction by American strategists as they learn to devise more sophisticated means to shape China's choices and behaviour on its Pacific front.

The rest of Asia will keenly observe how Obama and Xi manage what the White House now calls the "areas of disagreement" in US-China relations.