A petition before the Supreme Courts shows the rot within. It is not just the 2G Spectrum but the entire Republic of India that seems to be up for sale, with the dealers being a group of powerful telemarketers— corporate houses, lobbyists, bureaucrat 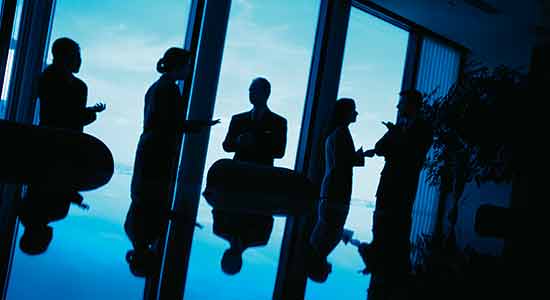 In April this year, the Pioneer reported that the  government had "authorised tapping of telephones of several persons, including Niira Radia, who runs several public relations and consultancy companies — like Vaishnavi Corporate Consultants, Noesis Strategic Consulting Services, Vitcom Consulting and Neucom Consulting" and that it had "unearthed damning evidence of wheeling-dealing in the spectrum scam" involving telecom minister A. Raja.

While the finance ministry issued a routine denial, the stories persisted.

As did a 14-page document that did the rounds in Delhi, talking about how individuals were caught on tape boasting about influencing policy changes at the highest level. The names of two senior journalists —one a well-known anchor of a national television channel and the other a former editor, columnist and TV personality—also kept cropping up in media stories as having allegedly being caught on tape, lobbying on behalf of industrialists to secure ministerial berths for friendly politicians.

The Hindu first put up the 14-page document, which seemed to have been the basis of the media stories, and had been doing the rounds earlier. It was taken off  with the following clarification:

[The document has since May been available here, and is now being put up as a sub-story at the bottom of this page]

One of the journalists whose name had been mentioned in the unauthenticated document and who had rubbished the charges, clarified with more details after the report was taken off by the Hindu:

That was in April this year. The controversy around the Spectrum scam refused to go away. The Prime Minister in his first press conference on May 24, 2010 admitted:

"Some complaints were received by the CVC. The CVC has asked the CBI to look into this and that process is on and pending that investigation, it is not proper for me to express any definite opinion. I would like to say that our government has been very clear that right from the beginning that corruption is a problem and if I come to know if there is any involvement at any level in corruption, action will be taken"

But no action was taken. The Centre for Public Interest litigation moved in with a petition to the Supreme Court asking it to supervise the investigation. Given the evidence available, the SC was baffled by the continuance of the telecom minister. The UPA did not act. The CAG report was leaked and pressure mounted on the government, already besieged by the Adarsh and CWG scams, to finally take action against its tainted telecom minister. A. Raja was finally forced to resign. The CAG report was tabled. The Supreme Court questioned the PM's "alleged inaction and silence" in response to a petition seeking sanction for Raja to be prosecuted. A right royal blame-game ensued, with the brazen ruling alliance trying to deflect attention by pointing to the BJP's corruption in Karnataka, while the combined opposition joined forces in demanding answers from the PM.

Meanwhile the Centre for Public Interest Litigation represented by advocate Prashant Bhushan filed a rejoinder in the Supreme Court on November 15, annexing a CD with what were alleged to be recordings of some of the telephone conversations Ms Radia had in the crucial months of 2009, said to be provided by the Directorate of Income Tax (Investigations) to the CBI. Some of the recordings had also been transcribed, which were attached with the audio CD. Their veracity, selectivity as well as timing remains a matter for further investigations.

The transcripts of the recordings submitted to the Supreme Court seem to be of two time periods.  One is May 20 to May 24, 2009, after the election results when there was a communication-breakdown between the DMK and the Congress on the allocation of ministries. In these, Ms Radia is in conversation apparently with Mr Ratan Tata, DMK's A. Raja and M. Karunanidhi's daughter Kanimozhi; foster son-in-law of former Prime Minister Atal Behari Vajpayee, Ranjan Bhattacharya; journalists Vir Sanghvi of Hindustan Times, Barkha Dutt of NDTV and Shankkar Aiyar, then with the India Today group, among many other influential and powerful people in deciding who should get the telecom portfolio.

The second set of conversations seem to centre around the Bombay High Court judgement of June 15, 2009 on how the Ambani brothers should share the supply of natural gas from the Krishna-Godavari basin. The journalists who feature in these recordings include Vir Sanghvi of the Hindustan Times, Prabhu Chawla of the India Today group and G. Ganapathy Subramaniam and M.K. Venu (then) of The Economic Times.

Equally eerie is how casually a discussion, for example, about the battle for power sector involving Tatas and Reliance in Maharashtra segues into instigating the likes of Shiv Sena and other groups like the MNS and how easily corporates play and manoeuvre the "protests" by goon-gangs of political outfits to further their ends.

While we only got the tapes recently and are still to absorb the various angles and ramifications of the featured conversations, and while there are many serious issues at stake here including those of privacy, legality (who authorised these taps?), selectivity (who selected which of the taps should be made public and whether or not they were edited by someone?) [1], timing (of these taps being made public) and on-going corporate wars which need vigorous investigation and debate, what is surprising is that the UPA chose not to act against the minister concerned for more than 18 months, although it seems certain that at least the top leadership must have had access to these tapes for a very long time. Who gave the nod for the leak now remains a matter for further investigation.

Also, while the audio recordings relating to the Spectrum Scam have received some attention today, what remains totally away from focus is the role of lobbyists in the Ambani gas decision. What is even more ominous is that these are just a tip of the proverbial iceberg, a fraction of what the Income Tax Directorate chose to share with the CBI —one does not know what other recordings exist, not to mention the various other untapped conversations or deals made in person— though, we must emphasise that it is not our case that a mere casual conversation between two people is a case of lobbying.

But given that these tapes shed light on what appears to be a closely woven network of powerful people trying to influence decisions in the corridors of power, and because they are now part of a petition before the Supreme Court, we felt that these should be out there in public domain as soon as possible, rather than allowing unsubstantiated rumours to rule the roost about the contents of these recordings. Given the sensitive nature of the story, we had to abandon the standard journalistic procedure of contacting and carrying the responses of those named or allegedly featured in these recordings—as you can see, there were far too many of them.  We trust that placing these recordings in public domain would enable the individuals concerned to confirm, clarify or refute the charges made. We will be happy to not only provide space but prominently feature any response any of those named or featured in these purported recordings may want to make. We also hope that placing these records in public domain would also result in more facts coming to light.

Post Script
After our print issue, which has a more detailed story on the subject, had gone to press, we noticed that two of the senior journalists named  — whose purported recordings in any case form only a small percentage of all the audio recordings being put up — had already responded to publication of some of these transcripts in another magazine.

Please allow a few seconds to elapse before the recordings begin.

"More than 20 searches have been carried out so far. The searches carried out as well as the seizures made by CBI have resulted into retrieval of as many as 866 documents/ files running into about 82,665 pages," the [CBI] affidavit said.

"The exercise is a prolonged and painstaking one and is still continuing as 5,851 calls recordings, many of them being 30-40 minutes-long, have to be listened and analysed," it said, adding about 3,500 calls have been analysed so far.

"It is submitted that investigation of the cases of this mammoth dimension required considerable time to conclude," it said.

Time To End War Against The Earth