The Semi is capable of completing the 0-100kmph run in a mere 5 seconds, and offers a range of 643km on a 30-minute charge 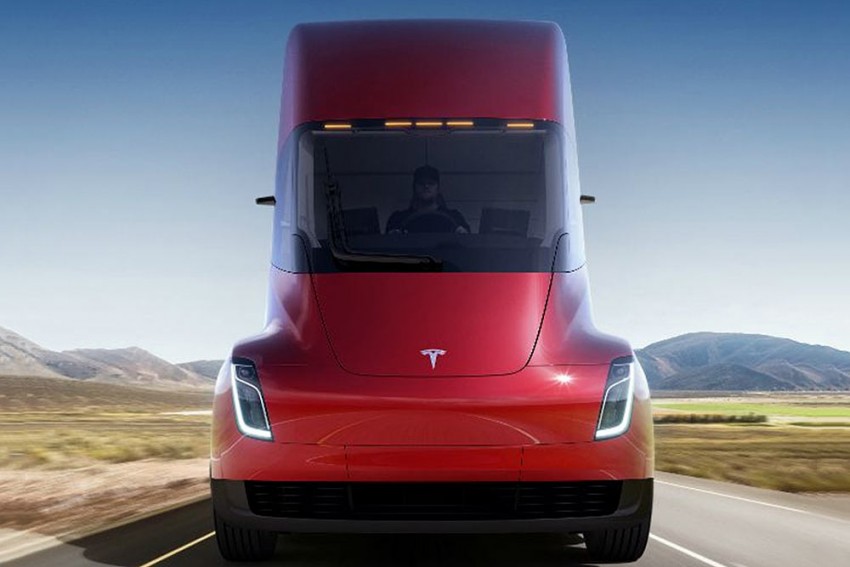 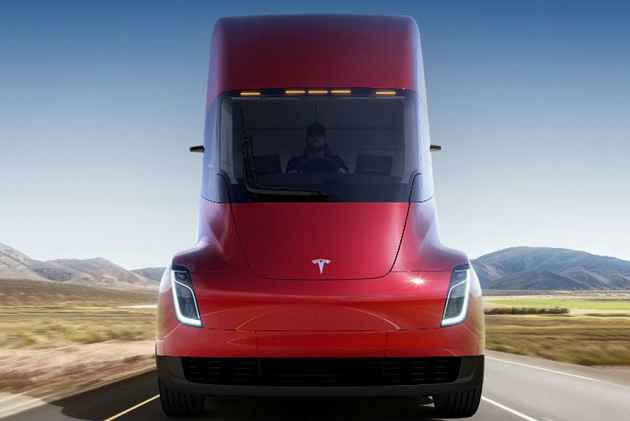 Better known as the Willy Wonka of the automobile industry, Elon Musk, has now brought us an all-electric truck. Yes, you read that right. In a recent event, Tesla unveiled the bonkers Tesla Roadster and the Tesla Semi all-electric truck. 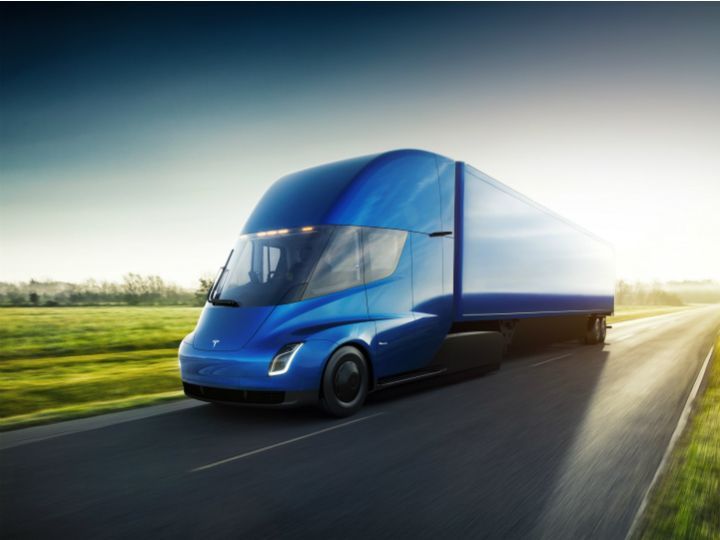 It goes without saying that the new Semi runs on electric power. However, without load, it can also sprint from 0-100 in mere 5 seconds! According to the company, the Semi is a whole 10 seconds faster than other diesel trucks. And just like other Tesla offerings, the Semi recovers 98 per cent of kinetic energy produced while braking through regenerative braking, which is then transferred to the battery. However, we wonder how useful this feature would be considering the fact that most trucks cruise along the highway with minimum interruptions. 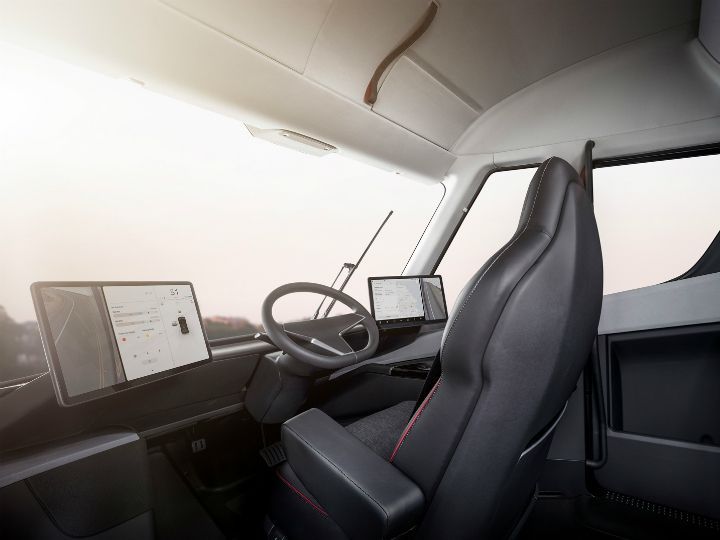 On the inside, things are quite unconventional. Thanks to the exclusion of a big clunky diesel engine, the driver is placed right in the middle of the cabin. The main seat is pushed so far forward that you can see the ground just before the vehicle. The cabin is also quite tall. At 6 feet 6 inches, one can actually stand inside it! The doors stretch all the way from bottom to the top and allow for easier entry into the cabin. As this is a Tesla, the driver gets two 15-inch touchscreen panels that display necessary information like navigation, data logging, blind spot monitoring, etc. The only button you’ll find in the cabin is for operating the hazard lights. 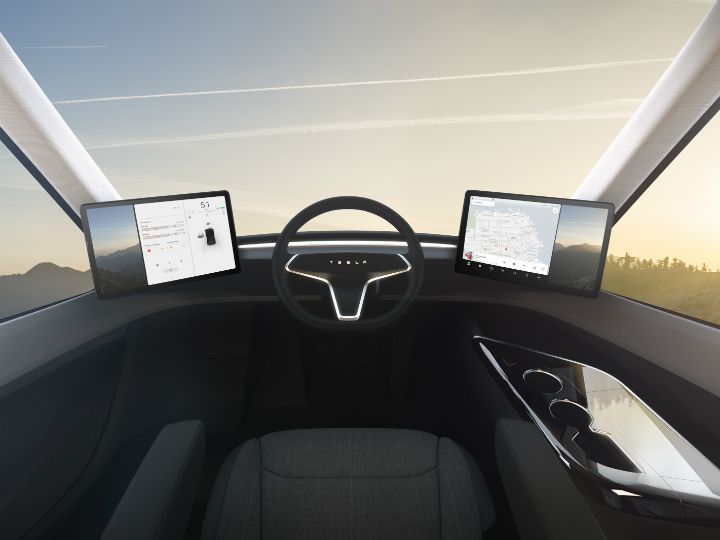 In terms of safety, Tesla has reinforced the battery to keep it from catching fire or exploding in the event of a collision. The windshield is reinforced to avoid any cracks to keep the driver from any harm. An onboard sensor can transfer power between the wheels when the signs of jackknifing (when the trailer and cab are at odd angles), which occurs due to improper braking or adverse road conditions, are detected. The other cool feature is the Semi’s ability to travel in a convoy, where one or many Tesla Semi trucks will autonomously follow the truck in the lead. 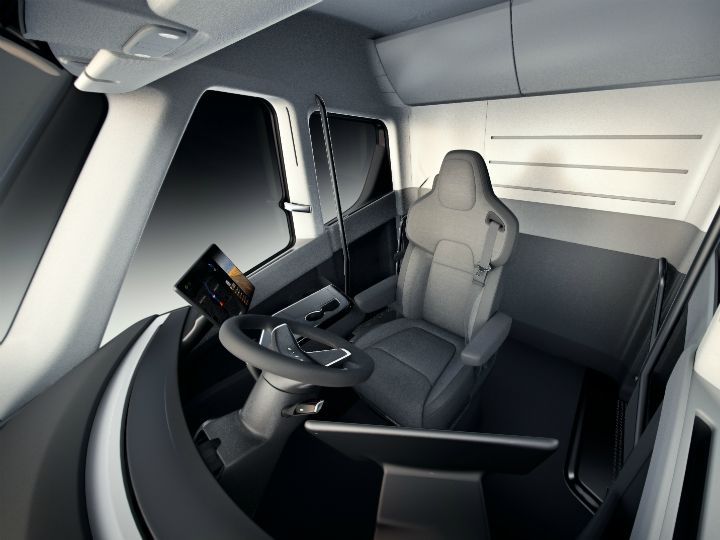 The Tesla Semi also gets the Enhanced Autopilot system that is seen on the Model S. This enables the truck to drive itself on the highway while maintaining lane discipline as well as a safe distance from other vehicles. Tesla hasn't disclosed the size or the capacity of the battery. But, the company claims a range of 643km on a 30-minute charge. 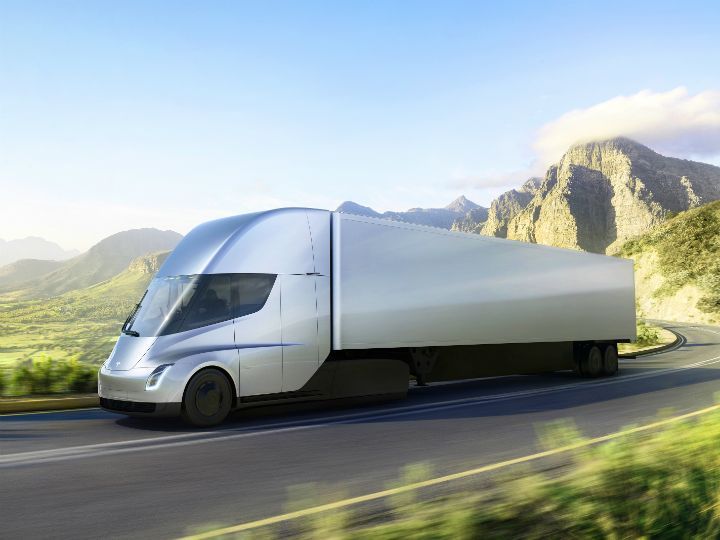 The Semi showcased at the company's event was just a prototype. Tesla has started accepting bookings for the Semi for a token amount of $5000 (Rs 3.2 lakh). Tesla is likely to begin production of the Semi from 2019. However, taking into account the delays Tesla has been facing with Model 3 production, we should take this statement with a grain of salt since over 500,000 customers have already paid the $1000 (Rs 65000) booking amount and are eagerly awaiting the delivery of their Model 3. Elon Musk hasn't disclosed the price of the Tesla Semi yet, but we do not expect it to be in the affordable bracket.  Along with the Semi, Tesla also unveiled a bonkers new Roadster.