On Thursday at 5.22 am, which adds up to 9 believed to be lucky for Telangana Chief Minister K Chandrasekhar Rao, he inaugurated his bullet-proof official headquarters in Hyderabad.

Located in the Greenlands area of Begumpet, the chief minister’s new residence designed by Shapoorji Palonji and Co. Ltd is spread across nine acres and has a built-up area of one lakh square feet, which is double the size of a football field.

Named Pragathi House, the building has bullet-proof bathrooms, bedrooms for Rao and his son. Around 55 security personnel will guard the building round the clock. 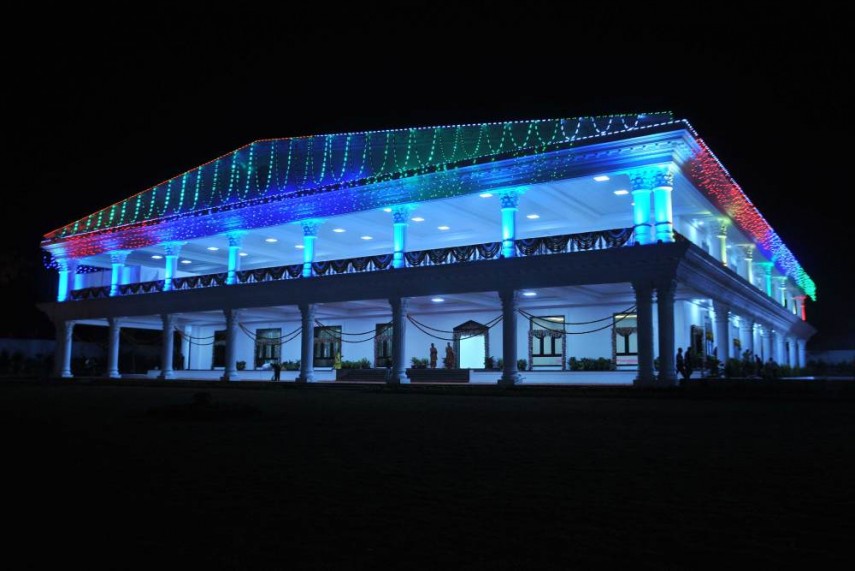 Rao also handpicked ayurvedic plants and trees to be planted at Bhavan, which has residential and official quarters, parking and rooms for security staff, a conference hall that can seat 500 people.

Earlier, meetings of district collectors, police and other department officials were held in star hotels or conference halls. But now, the CMO can be used for the same. 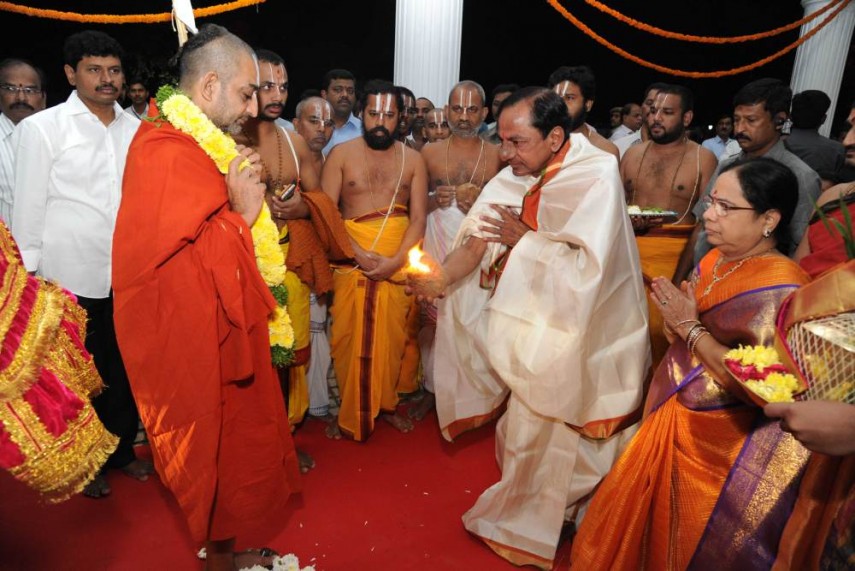 Mediapersons were kept away from the ceremony on Thursday morning. It is believed that the Chinna Jeeyar symbolically sat on a new chair placed in Pragathi Bhavan to inaugurate the "seat of power".

A compound wall ensures that passers-by will not be able to catch a glimpse of Pragathi Bhavan.

In 2005, then chief minister of united Andhra Pradesh YS Rajasekhar Reddy (YSR) built the existing chief minister’s office on 1.5 acres at a cost of Rs 10 crore.

When Telugu Desam leaders protested against the move, YSR explained that the office would be used by future chief ministers as well.

After his death in a chopper crash in September, 2009, subsequent Congress chief ministers K Rosaiah and Kiran Kumar Reddy had short terms. Rao was advised that it was because of faulty Vasthu that these chief ministers could not complete their terms.

Some changes were made to the camp office to allow Rao to continue staying there but it has always been his plan to move out.

It is believed that visiting officials and heads of state will now stay at the camp office. Incidentally, Rao never goes to the secretariat as he believes that it also has faulty Vasthu. 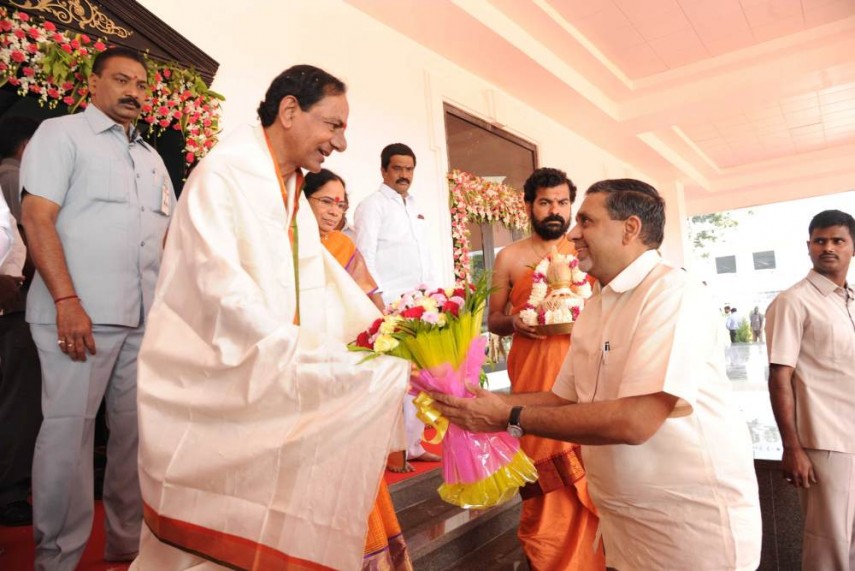 Congress leader Mohammad Ali Shabbir says that KCR's lavish lifestyle is a slap on the face of the poor to whom Rao had promised two-bedroom houses.

Shabbir Ali said it was cruel on behalf of KCR to celebrate a house-warming at a time when people of the State were struggling to cope with demonetisation.

The Congress had requested Governor Narasimhan to abstain from the event since KCR's "vasthu obsession" was against secular and democratic principles of the Constitution.

KCR and his wife Sobha, performed the gruhapravesam in the presence of Chinna Jeeyar Swamy, Governor ESL Narasimhan.