Tej Pratap Expresses Solidarity With Father Lalu, Says 'Anyone Who Walks The Path of Truth Has To Face Such Obstacles' 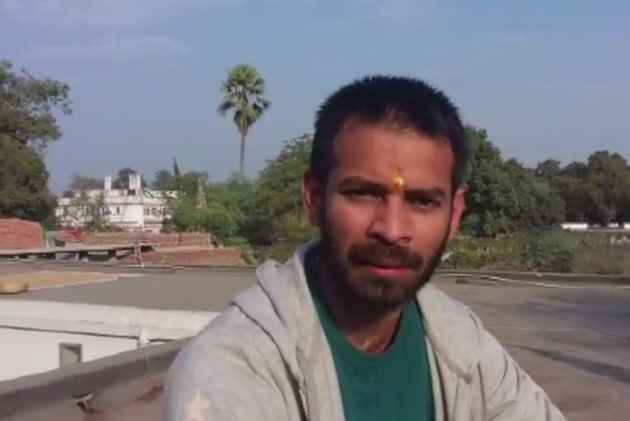 A day after former Bihar chief minister and Rashtriya Janata Dal (RJD) Chief Lalu Prasad was pronounced guilty in a fodder scam case, his elder son Tej Pratap Yadav on Sunday expressed solidarity with him and said their party would not disintegrate.

Speaking to ANI, Tej Pratap Singh said, "Anyone who walks the path of truth has to face such obstacles. His blessings are with us and our opponents are mistaken if they think RJD will now disintegrate."

Fourteen others were also found guilty, while seven accused were acquitted, including former Bihar chief minister Jagannath Mishra. The court is scheduled to pronounce the quantum of sentence on January 3, 2018 for the 15 guilty, including Lalu Yadav.

The fodder scam involved the embezzlement of about Rs 900 crore from the Bihar exchequer. Lalu has been convicted in the case relating to embezzling of more than Rs 89 lakh from the Deoghar Treasury between 1991 and 1994.

The corruption scheme involved the fabrication of 'vast herds of fictitious livestock for which fodder, medicines and animal husbandry equipment was supposedly procured over a period of 20 years'.