Team Modi Selects Yogi The Face Of Resurgent, Transformed UP

UP voted for change and Yogi Adityanath personifies that change. 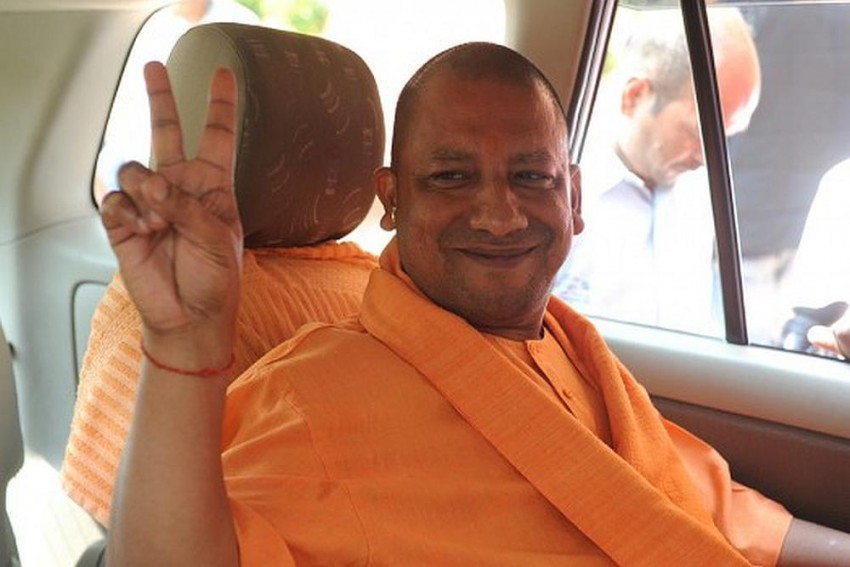 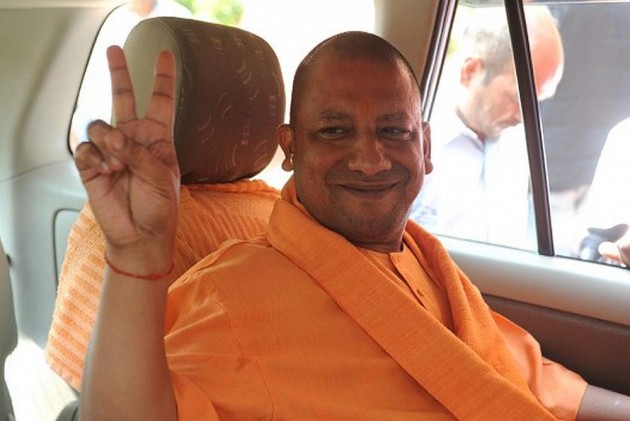 The election of Yogi Adityanath as the new Chief Minister of Uttar Pradesh is as stunning as the BJP’s election victory in the state. On March 12, when Prime Minister Narendra Modi defined BJP’s big win in UP and Uttarakhand as laying the corner stone of a New India, did he mean this or something very different? Critics are out saying Modi misled or people misread his words as the Yogi cannot fit the bill as the usherer of modern Uttar Pradesh.  But is this the way people in UP see the new Chief Minister?

It is significant that by electing the Yogi the BJP has sent out a clear message. That it means business.  That it will not be business as usual. UP voted for change and Yogi Adityanath personifies that change.

To appreciate this one has to understand the massive mandate the BJP got. It is the highest ever for any political party in the state’s history. The BJP won it on the agenda of development. No emotive slogan, no backdrop of violence and no appeal on communal or caste lines. Even the most consummate critic of the BJP brand of politics has admitted this.  And the SP-Congress alliance and the BSP openly fought the election appealing to voters on caste communal lines. Their distribution of tickets, propaganda and manifesto did not make any disclaimer in this regard. Their claim was that the BJP was trying to consolidate the majority community.

What were the issues in the poll? The first undoubtedly was issue of safety and security for the people especially for women. The second was restoration of law and order. The re-establishment of people’s faith in the local thanas.  Extortion and crime was at the peak under the SP rule. There was no safety for the trade and business in the state. The fourth major worry was corruption that had become a way of life. The next major concern was total absence of modern amenities of civic life, bijli, sarak, paani and makaan in most parts of the state.

UP did not vote or ask for a routine regime change. It had to be decisive, strong and aspirational. Critics have nothing to say against Yogi Adityanath other than that he is a strong Hindu, he speaks strongly against terrorism, communal appeasement and that he wears saffron. Is there any instance of his acting against any community? Minority institutions flourish in the areas of his influence in eastern UP. Criticizing terror or violence or promising safety of women cannot be termed anti-Muslim. His elevation has been hailed by Muslim institutions like that of Suyed Ahmed (he owns educational institutions) by issuing full page ads in news papers and the media in UP have largely welcomed his selection. Saffron is the most revered colour and the symbol of sacrifice in India. There are no corruption charges though the Yogi is a five time MP and has been presiding over a rich trust for decades. He lives the life of an ascetic. He was one of the most active campaigners for change in the election. He is the change UP was expecting. The mandate has to be seen in the context of Mayawati's wealth amassing avarice and the family greed of the Yadav parivaar.

It used to be said that UP was being ruled by five and a half CMs.  Three score members of the same parivaar held sway and only two sections, Muslim, Yadav flourished. Under BSP it was the Jathavs. As the Yogi cabinet formation has shown there is better and balanced feel after the BJP government is formed.

Call it social engineering, expediency or preparing the ground for the 2019 poll, the Prime Minister is trying to shift the balance of power in favour of the dalit, vanchit, soshit, peedith segment. Yogi Adityanath and his team begin their innings as a whiff of fresh air on a promise of peace and tranquility, development and graft-free governance. Yogi’s clean and tough, down to earth, no-nonsense image is valuable in this context. As a saintly persona he is above caste and communal considerations. However the defining aspect of the UP politics will hence forth be Hindu. The land of Rama, Krishna and Kashi Vishwanath is redefining polity with a new grammar of accommodation and co-existence. Not of domination of a few over the large silent majority. The days when truck and vehicle owners had to paint on their vehicles “Yadav Gaddi” and “Jai Bhim” according to the party in power for escaping police harassment and loot are over.

Growth cannot take place on its own. Investment, industry and agriculture and manufacturing will happen only if peace and safety prevail. Yogi as a proud nationalist will be in a position to control crime, restore confidence and improve investment climate. There is no other logic in making Yogi the face of resurgent, transforming UP.

(The author is a senior journalist and political analyst.  He can be contacted at Balashankar12@gmail.com; Twitter @drbalashankar)