This is the fifth time in eight years that India have entered the final. India lifted the trophy in 2013 and 2014, and runners-up twice in 2012 and 2015. In the last edition, India finished third, while in the inaugural edition in 2011, they finished fourth. 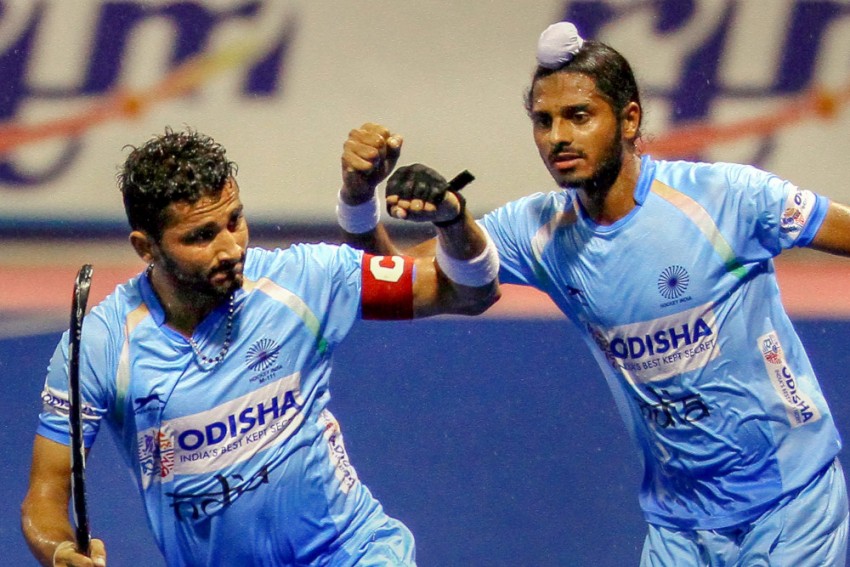 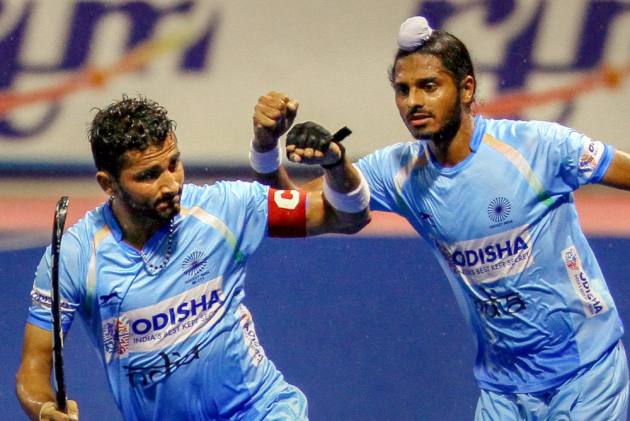 This is the fifth time in eight years that India have entered the final. India lifted the trophy in 2013 and 2014, and runners-up twice in 2012 and 2015. In the last edition, India finished third, while in the inaugural edition in 2011, they finished fourth.

India made a dominating start to the game. Though their initial chance of scoring from a PC went amiss, Gursahibjit Singh scored a fine field goal to give India 1-0 lead in the 5th minute.

The team built on a good start to score three more back-to-back goals in the 11th, 14th and 15th minute through Haspreet Singh, Mandeep Mor and Vishnukant Singh respectively. The 4-0 lead at the end of the first quarter was a major setback for the defending champions.

However, India faltered in their defence in the second quarter only to give away an easy goal through a penalty stroke in the 18th minute. Damon Steffens, who scored the first goal for Australia, ended up scoring the second goal too when an Indian infringement inside the circle saw them concede a PC in the 35th minute, narrowing the goal deficit to 4-2.

Though Shilanand Lakra scored in the 43rd minute to take India's lead to 5-3, Australia put India through some tense moments as they appeared to make a late recovery, by stretching India's defence.

In the 59th minute, the pressure to defend the scoreline saw India colts give away another penalty stroke which was easily converted by Steffans, taking the goal difference to just one. But India held their nerves to finish the match in their favour.

This was India's fourth successive victory at six-team the tournament. The win also helped two-time champions top the pool after the end of the fourth round. Other teams are Great Britain, Japan, New Zealand and hosts Malaysia.

Earlier in the tournament, India have defeated Malaysia 2-1, New Zealand 7-1 and Japan 1-0. In the final pool match, India will take on Britain on October 12.

In the final, India will play the second-placed team in the pool classification. Three teams – Britain, Japan and Australia – have a chance of making the final.