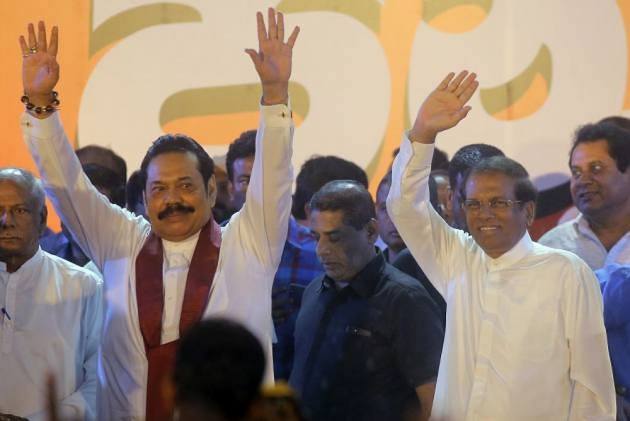 Amid the ongoing political crisis in the country, Sri Lanka President Maithripala Sirisena dissolved the Parliament  with effect from Friday midnight and announced that the general elections in the country would be held on January 5, 2019.

Sirisena dissolved the Parliament on Friday night after days of political unrest in the Asian island nation.

The President had prorogued the parliament till November 16. The 19th Amendment brought in 2015 to the Sri Lankan Constitution curtails many of the powers that the President of the country as the executive head once enjoyed. Therefore, the validity of his decision to sack the Prime Minister is also being challenged.

It may be recalled that Sirisena and Wickeremsinghe had taken the initiative in defeating Rajapaksa in the 2015 Presidential election. The coming together of Wickremesinghe’s United National Party (UNP) and Sirisena’s Sri Lanka Freedom Party (SLFP) was also in play a few months later in 2015 parliament election when they emerged as the largest group. The choice of Wickremesinghe being made Prime Minister was obvious. But a number of Indian politicians and government agencies were also given the credit at that time, for bringing these disparate groups together to defeat Rajapaksa and many of his supporters.

The United National Party of Sri Lanka "vehemently rejected" the move and tweeted, "We vehemently reject the President's dissolution of Parliament. He has robbed the people of their rights and the Democracy that we have enjoyed."

Sirisena's Sri Lanka Freedom Party had earlier admitted to not having the votes to confirm Mahinda Rajapaksa as the new Prime Minister of the country in place of Ranil Wickremesinghe.

While addressing a media earlier on Friday, Ministry of External Affairs (MEA) spokesperson Raveesh Kumar had stated that India hopes that democratic values and principles would be respected in the island nation.

"It is difficult to comment on specific news items appearing in media. We will continue to closely monitor the situation, at this point the situation remains unclear. But we do hope that democratic values and constitution process in Sri Lanka will be respected," he said, when asked about the reports of argument over proposal to grant development of Colombo port project to Japan-India joint venture.

He had further said that the situation of the country needs to be handled by itself.