Zinedine Zidane led Real Madrid to the 2019-20 La Liga title in his second spell in charge, but the Frenchman has elected to move on 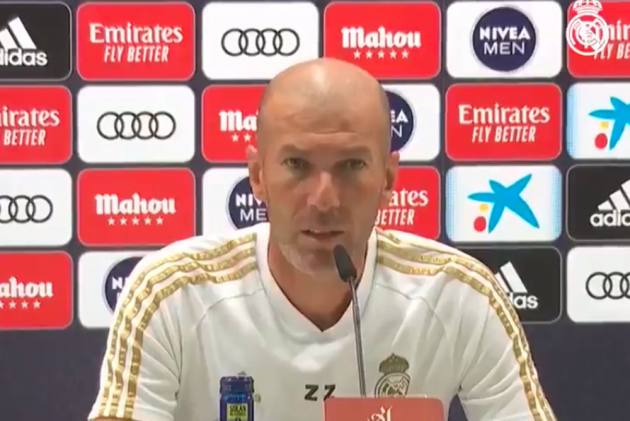 Zinedine Zidane's second spell as head coach of Real Madrid is over after the club announced the departure of the Frenchman. (More Football News)

The former 'galactico', a majestic playmaker who dazzled crowds at the Santiago Bernabeu and beyond, Zidane returned to Madrid for two spells as coach.

Now his era is over, with Madrid stating on Thursday: "Real Madrid announces that Zinedine Zidane has decided to end his current spell as coach of our club.

"It is now time to respect his decision and show him our appreciation for his professionalism, dedication and passion in all these years, and for what he represents to Real Madrid.

"Zidane is one of the great mythical figures of Real Madrid and his legend goes beyond what he has been as a coach and player of our club.

"He knows that he is at the heart of Real Madrid and that Real Madrid is and will always be his home."

In his first spell, from January 2016 to May 2018, Zidane delivered an astonishing three successive Champions League triumphs and one LaLiga title.

Drawn back to the club in March 2019, his second tenure did not prove quite as successful, although he led Madrid to LaLiga success in the 2019-20 season.

He departs after a barren campaign on the trophy front, however, with Madrid losing early to minnows Alcoyano in the Copa del Rey, edged out by Chelsea in the Champions League semi-finals, and pipped to the Spanish title by Atletico Madrid.

Zidane, 48, had been tipped to depart for weeks, with the confirmation of his exit coming as no surprise to most, although Madrid striker Karim Benzema told L'Equipe this week: "I don't see him leaving. He will not leave, you will see."

Now Madrid must find a worthy successor. Their former striker Raul has been linked with the post but is inexperienced, and Massimiliano Allegri emerged as an early favourite as whispers of Zidane's decision emerged.

However Allegri, who won a Serie A title with Milan in 2011 and added five more with Juventus, is reportedly returning to the Turin giants as a replacement for Andrea Pirlo.

Antonio Conte, who left Inter on Wednesday, may be in the Madrid frame, while Joachim Low, who will step down as Germany coach after Euro 2020, could also be a contender.

Whoever takes the job will inherit a side who finished 2020-21 in fine form.

Madrid ended their LaLiga campaign on an 18-game unbeaten run, winning 13 and drawing five in that sequence to apply pressure on one-time runaway leaders Atletico, taking the title battle to the final day.

That goes down as their best run without defeat in a single league season since Carlo Ancelotti's Madrid also strung together 18 unbeaten games in the 2013-14 campaign, winning 15 times.