The run-up to the World Wrestling Championships 2019 has been spectacular for India's Bajrang Punia and Vinesh Phogat while decent results have provided a dose of confidence to a few others like Divya Kakran. 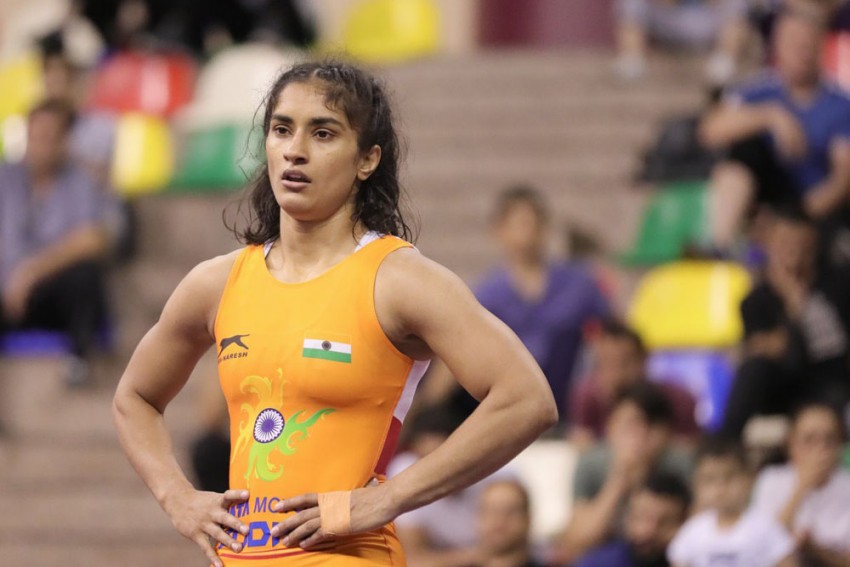 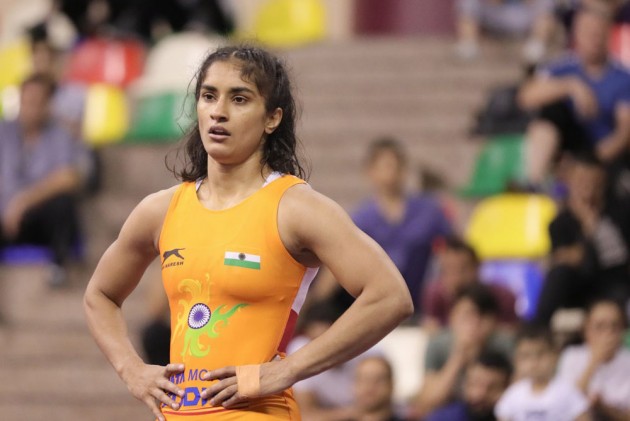 A reality check awaits India's top wrestlers at the World Championships where they will chase not only glory but also Tokyo Olympics qualification, in Nur-Sultan (Kazakhstan) from Saturday.

The run-up to the Worlds has been spectacular for Bajrang Punia and Vinesh Phogat while decent results have provided a dose of confidence to a few others like Divya Kakran.

Bajrang triumphed at all four events he competed this season -- Dan Kolov, Asian Championship Ali Aliev and Yasar Dogu -- and will go into the Championships as the world number one and top seed in 65kg.

For Vinesh, the season began in a new weight category as she moved up to 53kg from 50kg.

She took some time to settle in her new class but still made five finals, winning three golds – Yasar Dogu, Grand Prix of Spain and Poland Open.

While skill is not an issue with Vinesh, holding off strong candidates for six minutes is a big challenge, she herself had admitted recently.

The big-stage competition will help her make an assessment on this count as she eyes a maiden Worlds medal. A last-minute elbow injury had forced her to opt-out of the Budapest Championships last year.

No Indian woman has ever won a gold at the Worlds and Vinesh has it in her to end India’s drought.

Bajrang has been in the form of his life but there is a chink in his armour – the weak leg defence – and it will surely be tested.

Only Sushil Kumar has won a World title in men’s freestyle in India’s wrestling history and Bajrang would be keen to end India’s wait for a second medal.

The 25-year-old himself has two World Championship medals but not a gold. His road though is full of challenges with the presence of Russian Gadzhimurad Rashidov and Bahrain's Haji Mohammed Ali in his category.

Two-time Olympic medallist Sushil has been struggling of late and is returning to the Worlds after a gap of eight years.

He will be watched keenly in the 74kg competition as his relevance is being discussed for some time now. He remains bullish about his chances and Worlds will provide an opportunity to test his claims.

Like Sushil, Rio Olympics bronze medallist Sakshi Malik has been struggling on the international circuit. She has not won a title since her triumph at the 2017 Commonwealth Championships.

This season, ending runner-up at Dan Kolov has been her best show. She had stunned reigning world champion Petra Olli before eventually settling for a silver.

Not being able to handle pressure has been her bane for long. Staying defensive in the final moments of the bout has not helped her and she has lost a few bouts from advantageous position lot of time.

Divya Kakran, in contrast, is a bundle of energy and remains relentless throughout her bouts. She has won two gold and as many bronze medals this season and looks hungry for more.

Pooja Dhanda, who became only the fourth Indian woman to win a medal at the Worlds last year, could not book a berth in 57kg, which is an Olympic category but will fight for her second medal in 59kg.

It will be interesting to see how Sarita Mor, who shocked Pooja in trials, fares.

Among other men’s freestyle grapplers, Deepak Punia is capable of springing a surprise. He is heading into the Championships after becoming India’s first junior World champion in 18 years.

He outplayed his seniors during the trials. This is a perfect opportunity for him to announce his arrival on the senior circuit.

However, India's national Greco Roman Coach Hargobind Singh says a lot would depend on draw and a bit of luck.

The championship is offering six Olympic quotas in six categories in all three styles.