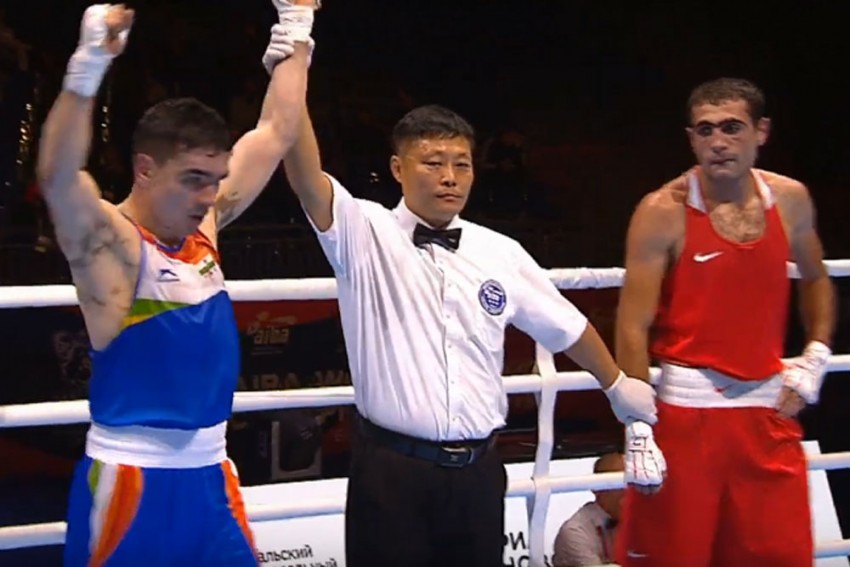 The Indian will face Jordan's sixth seed Zeyad Eashash in the round of 32 on Monday. Eashash got a bye in the opening round.
Courtesy: Twitter
PTI 2019-09-13T19:28:25+05:30 World Boxing Championships: Duryodhan Negi Advances To Second Round, India Continue Unbeaten Run 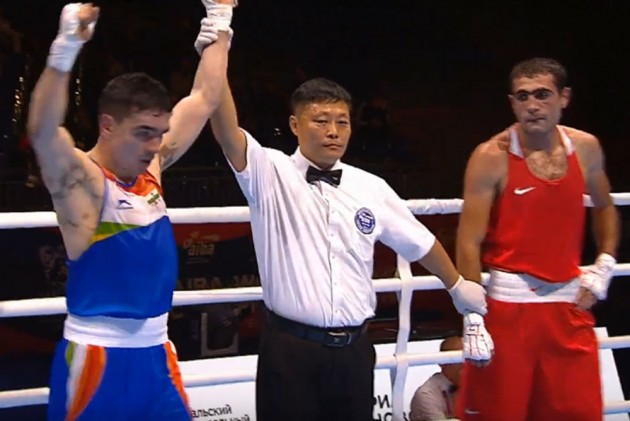 The Indian will face Jordan's sixth seed Zeyad Eashash in the round of 32 on Monday. Eashash got a bye in the opening round.

Astoyan seemed intimidated by the more muscular Indian but wasn't lacking in effort. His punches were, however, not connecting as powerfully.

The Armenian began to run out of steam in the second round and Negi took advantage to land a few lusty combination blows.

Astoyan's defence was particularly weak and he tried to make up for it by constantly being on the move. The strategy was tiring for both but Negi endured it much better.

The final three minutes were a lopsided affair in which Astoyan was mostly left scurrying for cover even though one judge favoured him over the Indian.

On the other hand, Asian champion Amit Panghal (52kg), and the Asian silver-winning duo of Kavinder Singh Bisht (57kg) and Ashish Kumar (75kg) got first-round byes.

The IOC took control of the Olympics qualification process, which will now start next year with the Asian qualifiers in February.