Battling hard for over three hours, Divij Sharan and his Brazilian partner Marcelo Demoliner eked out a 7-6(1) 5-7 7-6(6) 6-4 win over the Belgian pair, Sander Gille and Joran Vliegen, in Wimbledon, reaching the pre-quarterfinals. 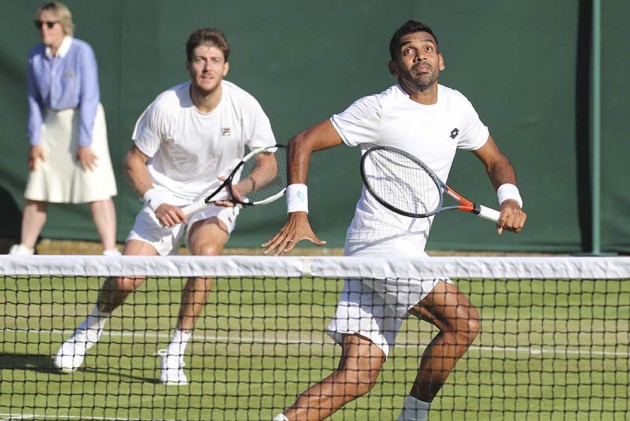 Left-handed Sharan's best ever Grand Slam performance had come at the Wimbledon last year when he made the quarterfinals with Artem Sitak.

Rohan Bopanna, Leander Paes, Purav Raja and Jeevan Nedunchezhiyan have all exited from the men's doubles competition at Wimbledon.