The ICC has threatened that they can take away the 2021 T20 World Cup if the BCCI fails to provide tax exemption. But the Indian board officials believe that prudent ICC Directors will not take any step that hurts the game 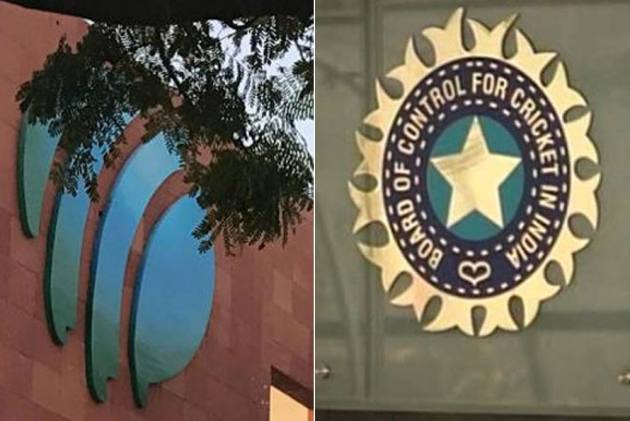 On paper, the ICC vs BCCI tax battle seems to have taken a murky turn after the ICC Business Corporation (IBC) refused to hand the Indian board an extension in finding a tax solution. (More Cricket News)

The ICC has, in fact, threatened that they can take away the 2021 T20 World Cup if the Indian board fails to provide the exemption. But BCCI officials believe that prudent ICC Directors will not take any step that hurts the game.

Speaking to IANS, a BCCI official said that the Indian board has full faith in the directors of the international body and believe that they will not commit harakiri by taking the global event away from India.

"It is not the ICC, but some vested interests that come up with this story from time to time. Most of the ICC Directors are prudent and pragmatic and they would not permit these vested interests to lead the ICC down the path of harakiri. If they take this step, I assure you that the BCCI would still be laughing when the pieces fall, but the ICC would be worse for the wear," the official said.

"It is time for the ICC to move away from people who merely bring disputes with BCCI to the table and nothing else in terms of contribution. Anyone propped by such people will also be unacceptable."

Earlier, a BCCI official in the know of developments said that it is sad that at a time when the world is fighting the coronavirus pandemic, such emails have come in and there is an attempt to put the Indian board under pressure.

"I fail to understand how this is happening at this time when everyone is coming to grips with the pandemic. This is a complete and total failure of the ICC leadership and is a clear indication that change is imminent," the official said.

The BCCI was needed to throw light on the tax exemption issue 18 months before the 2021 T20 World Cup which meant the deadline was April. But the world has been under lockdown due to the coronavirus outbreak and the Indian board has asked for an extension till June 30 or one month post lockdown opening.

Another official said the whole turn of events was surprising to say the least, especially how the ICC said that the IBC refused to agree to an extension.

"Interestingly, their lawyer Jonathan Hall has written that the IBC has rejected BCCI's request. Now the question is how did this happen without the actual board seeing it and voting for/against it?" he enquired.

In fact, after the ICC CEC meeting in April, one of the executives had spoken about the clarity shown by BCCI secretary Jay Shah and how world cricket needs the Indian board to join hands with the England and Wales Cricket Board and help the member boards out of the economic mess due to the suspension of all cricketing activities because of the coronavirus pandemic.