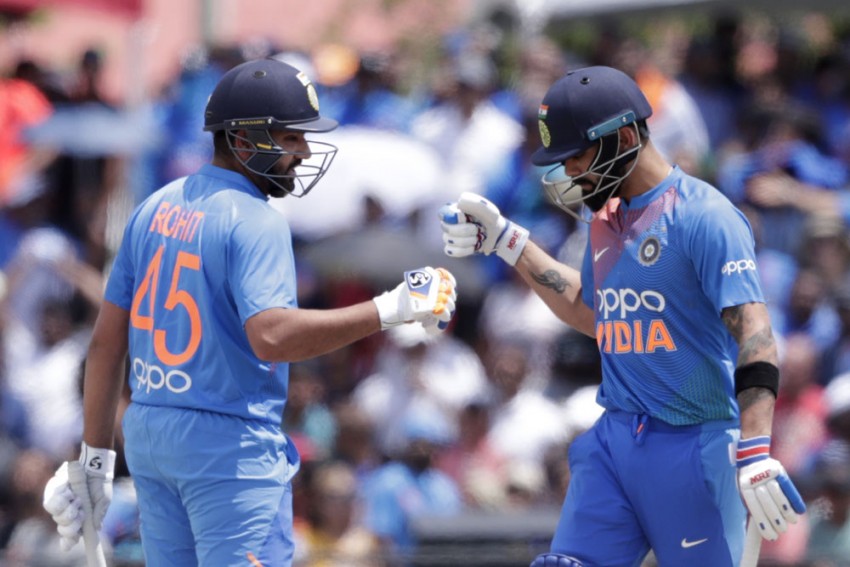 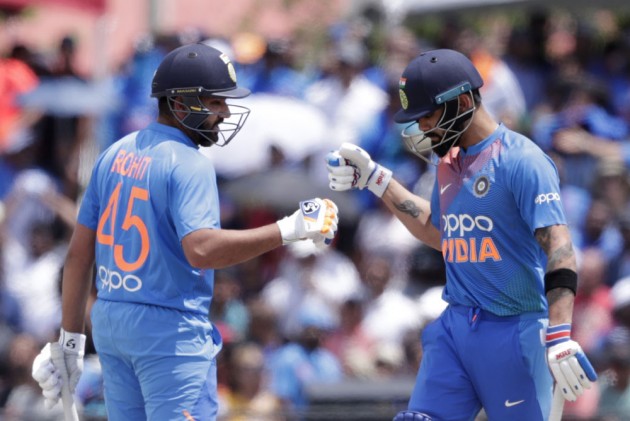 India captain Virat Kohli and his deputy Rohit Sharma buried whatever differences they have, purported or not, to notch up a fifty-run stand during the second ODI match against the West Indies at Port of Spain on Sunday. They, in the process, overtook Sachin Tendulkar and Virender Sehwag to become the pair with second-most 50-run-stands for India in the format.

Batting first, India lost opener Shikhar Dhawan in the very first over. Then Kohli and Rohit, who were in the news for all the wrong reasons – including a reported split – added 74 runs for the second wicket to steady the Indian innings.

This was their 32 such stand in ODI cricket, which is one more that what Tendulkar and Sehwag have managed together. But leading the charts for India are Sourav Ganguly and Sachin Tendulkar, who have 55.

Rohit departed soon after at a personal score of 18 off 34 balls, but Kohli continues to hit yet another hundred -- his 42nd in ODIs -- to break a host of records.

He became overtook Ganguly to become the eighth highest run-scorer in ODI cricket.

That's not all for the skipper. He also became the fastest batsman to score 2000 ODI runs against a team. In just 34 innings, he now has more than 2000 runs against the Windies.