Indian Super League's (ISL) Kerala Blasters' co-owner Nimmagadda Prasad has been arrested in Serbia due to his links with the Vadarevu and Nizampatnam Industrial Corridor or VANPIC. 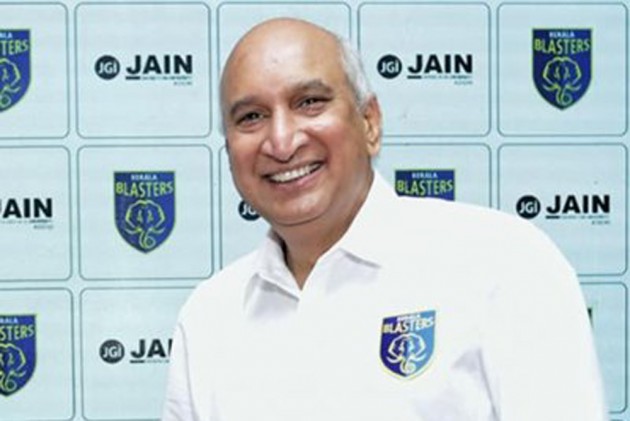 Indian Super League (ISL) outfit Kerala Blasters' co-owner Nimmagadda Prasad has been arrested in Belgrade by Serbian Police. The arrest took place on August 30, after a complaint from the government of Ras Al Khaimah, a part of UAE. Multiple reports have alleged that Prasad has been apprehended by Serbian cops in connection to the VANPIC case. Interpol was also approached with the complaint.

Outlook contacted the club, but didn't receive a statement.

The VANPIC project was approved when former Andhra Chief Minister YSR Reddy was in power. The Blasters' co-owner had also been arrested earlier. He has also been involved in the case closely for up to two years.

Vadarevu and Nizampatnam Industrial Corridor or VANPIC is an upcoming industrial park. It is located between Guntur district and Prakasam district in Andhra Pradesh, India. The park is spread over 13,000 acres.

It is currently under CBI investigation for land acquisition and other allegations. Also, around 4000 acres was acquired for port development. Large tracts of land was acquired from local farmers.

The large scale corruption, in this case, was highlighted by the CBI in the Jagan Reddy corruption case. It stated that Prasad made illegal payments and illegal land allotments which are in violation of rules and regulations.

MPs have already started their efforts to bring back the businessman to India. Foreign Minister Subrahmanyam Jaishankar has already been reportedly asked to sort it out with Serbia.

Recently, the Enforcement Directorate (ED) had reportedly attached assets of Rs. 148.89 Crores in alleged connection to Reddy and Prasad. Reports have alleged that the ED attached land assets worth around 11,804.78 acres illegally with firms of the football club co-owner.

Prasad had reportedly gone to the European nation for vacation. The Andhra Pradesh-based businessman is considered to be a close of aid of the state's Chief Minister Jagan Reddy, son of YSR Reddy.