Chris Gayle scored a quickfire 72 off 41 balls against India in the final ODI and will retire with the West Indies records for the most appearances and runs, overtaking Brian Lara's 299 matches and 10,405 runs 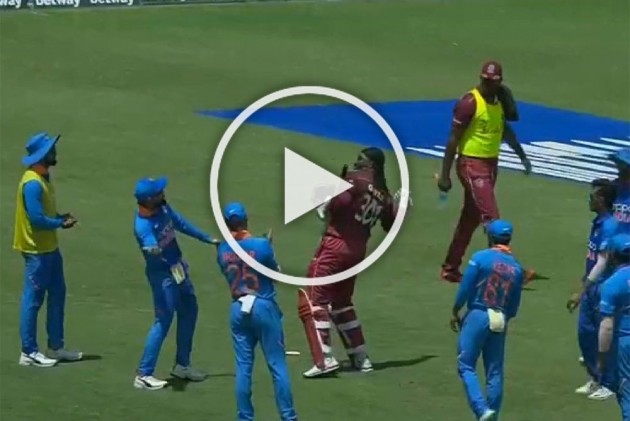 There's no official communication as yet but it's safe to assume that legendary West Indies opener Chris Gayle has played his final One-Day International on Wednesday.

Opening the batting for the Windies in the third and final ODI against India at Queen's Park Oval in Port of Spain, Gayle made a quickfire 72 off 41 balls with the help of eight fours and five sixes before holing at mid-off, catch taken by Virat Kohli, off Khaleel Ahmed.

As he walked back, the 39-year-old placed the helmet atop his bat even as Indian players gather around him to pay respect. An emotional Gayle even joined a brief gig in the centre. Known as one of the most entertaining cricketers, it was indeed a fitting farewell from the rivals to send off with a song and dance routine, albeit a short one.

Earlier, Gayle walked out to bat wearing a special jersey that had number "301" on its back to mark his 301st ODI match.

He will retire as the most-capped Windies player in ODIs, overtaking Brian Lara's 299 ODIs. He also broke Lara's record to become the all-time leading ODI scorers for the Windies. He has 10,480 runs as against Lara's 10,405.