Fans hailed Dravid's reaction as a perfect example of how cricketers should behave. 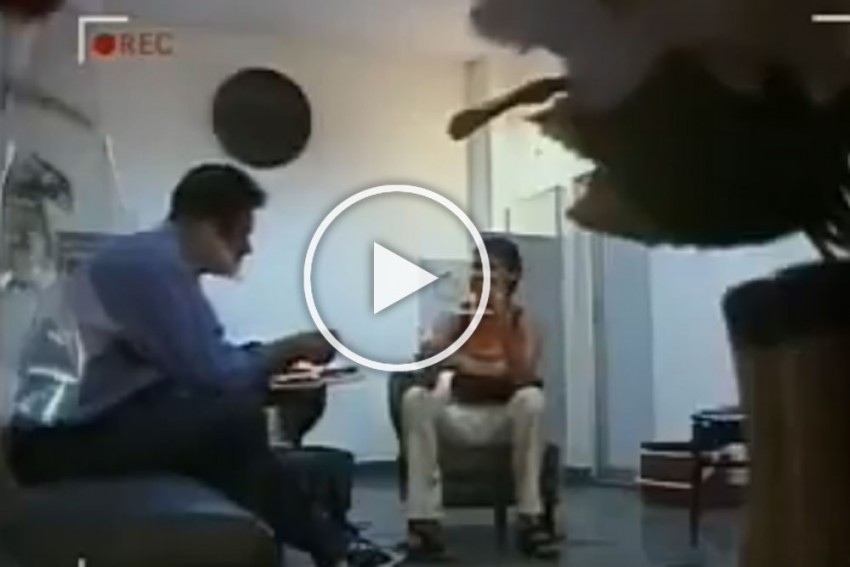 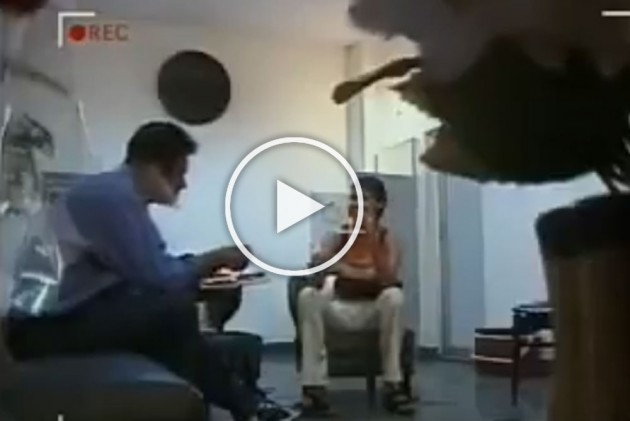 In the video, filmed with a spy cam for the famous MTV Bakra prank series, a girl was seen making a marriage proposal to Dravid.

“How does it feel to be so famous? You’ve got such a lot of Singaporean fans," the girl says.

After some time, the girl tells Dravid: "I’ve been a fan of yours for a lot of days... My real thing coming from Malaysia was to meet you... I’ve been to Bangalore, your school St. Joseph’s... I sat in that class, just to feel how would it be around with you... I wanted to shake hands with you."

“It was so nice...and then, it’s like...I’ve been always a fan of yours after you started playing cricket... I used to see you on television, so fascinated by you... and then I always wanted to ask you one thing," the girl continues.

Then asks: “Rahul, will you marry me?"

And Dravid tells, "Are you mad or what?"

But that's not all. Dravid asks the girl her age, and tells "I think you should concentrate on your studies".

Dravid, known as the Wall, celebrated his 46th birthday on Friday.

Well Hardik Pandya incident reminded me of a young Rahul Dravid who was bullied in MTV Bakra and how well he responded to it. You always can set the right example if you have it in you. Must watch! pic.twitter.com/5X4Py9LvR9

Indeed! That's why he is legend. Much respect ðÂÂÂ

Never should we take those two names in the same breath. Sacrilege !

Well, even Saurav and Sachin have carried themselves impeccably off the ground. Saurav, had fee controversies, but more to do with off field politics. All 3, with likes of Kumble, Srinath, Prasad, enhanced the image of the team with their gentleman image

What a role model this champion is for all generations. ðÂÂÂ

Character is building when no one is watching.

On Friday, Pandya and K L Rahul became the first players to be sent back home from an overseas tour for disciplinary reasons.

The BCCI has suspended both the players pending an inquiry into their sexist comments on a TV show, ruling them out of the three-match ODI series against Australia.

On the show, Pandya had boasted about hooking up with multiple women and being open about it with his parents. Rahul was, however, a shade more restrained in his responses on relationships and women.

A source in the BCCI said the two will be issued fresh show-cause notices before a formal enquiry begins.

"Whether it will be an internal committee of the BCCI or an ad hoc ombudsman who will conduct an inquiry, is yet to be ascertained," the official said.

Pandya has regretted his comments twice since the show went on air on Sunday -- first on his official Twitter page and then in response to the BCCI show cause notice on Wednesday.

Rahul, on the other hand, is yet to react to the controversy.

The decision to hand them suspensions came after Rai's CoA colleague Diana Edulji recommended the same till further action against the two. This was after the BCCI's legal team refused to declare the comments a violation of the code of conduct.

It is speculated that the BCCI might bar players from appearing on entertainment shows owing to the ongoing furore.