While there is no definitive date, the Indian cricket team could well play a day-night Test in the near future with the new BCCI president Sourav Ganguly saying that captain Virat Kohli is "agreeable" to it. 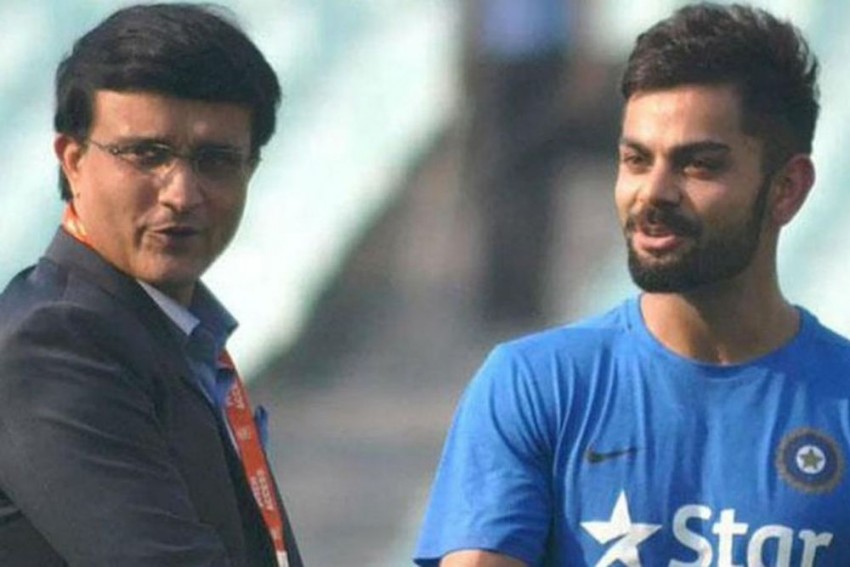 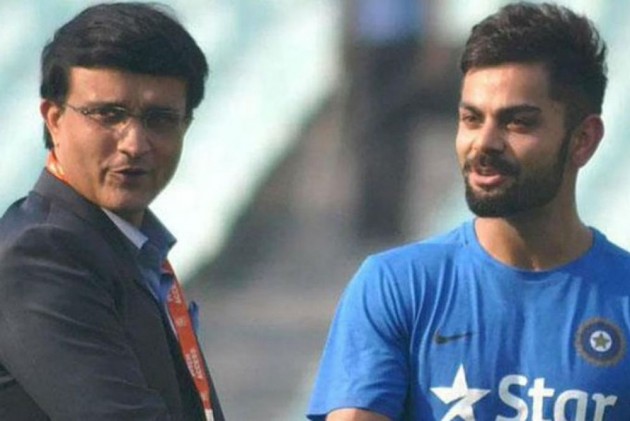 BCCI president Sourav Ganguly on Friday (October 25) said that Indian skipper Virat Kohli is open to the idea of playing day-night Tests and it could be a reality in near future. (CRICKET NEWS)

He had a meeting with Kohli in Mumbai on Thursday where the idea was floated.

"I must say that Virat Kohli is agreeable to it. There are reports that he does not want to play day-night Tests which is not the fact. So once the captain of India is agreeable to it, life becomes a lot easier. We will see how we can push it. The game needs to go forward," Ganguly said during the sidelines of his felicitation by the CAB at the Eden Gardens.

ALSO READ: We Are Moving On, We Are Very Clear: MSK Prasad On MS Dhoni

The former India captain had been a vocal advocate of pink ball Test in order to bring back the spectators to the stadium.

"We all are thinking about this and we will do something about it. I am a firm believer in Day Night Tests. I don't know when will that happen. But till the time I am around, I will be pushing for it," Ganguly said.

ALSO READ: Ganguly, The Cricketer And A Showman - Career Highlights And Controversies

However it must be mentioned that if Ganguly's tenure is not extended beyond July, the Day-Night Test might not be reality as India next play five-day games at home only in December 2020 -January, 2021. The home Tests against Bangladesh are last for this season.

As a technical committee chairman, Ganguly in the past was a part of the decision to have Duleep Trophy under lights with pink ball. However the domestic bowlers had complaints about the quality of the SG Test pink balls which were used. Also dew became a factor in the northern part of India taking spinners completely out of equation.

From 2016-17 season, it was played under lights before being scrapped during the ongoing season by the domestic cricket operations team of the board.

At this point, even the Indian team is not too keen on playing Day-Night Test matches and they had rejected Cricket Australia's offer during the last away series.

Ganguly reiterated the need to have a relook at the Conflict of Interest clause which is making it very difficult for him to get quality cricketers on board.

"It definitely needs a re-look. We lose a lot of quality cricketers because they are involved in a lot of other things. Conflict has to be sensible. Nothing is a conflict if you hold an administrator's role in the BCCI.

"We need to keep that simple and take it forward. We don't want to lose the likes of VVS Laxman, Azharuddin, Sachin Tendulkar, Rahul Dravid, Kapil Dev or Sunil Gavaskar helping the Indian cricket. Realistic look needs to be taken."

Asked whether he now is training his sights on the ICC chairman's post, Ganguly said: "It's just two days since I was appointed, let's not look that far ahead."

But he was ready to make it clear that he is his own man contrary to popular belief that some people in the old guard are trying to influence him.

"I have been a difficult person to handle as at times I am my own man and I do what I feel is right. But with time I learned how to do things. Hopefully, we can work together. I've got a very young team and very rarely you have seen BCCI president and his team in the age of 30-40s."

"One thing I'm absolutely sure is that whatever time I'm here I will try and make a difference. I'm not going to sit and spend my time for people to say that "I was the BCCI president". I want to be a "BCCI president who made a difference", so I'll try and do that."

Ganguly also highlighted that India have not won a world tournament for a long time.

"A cricket nation is known by the number of Tests and world tournaments won. It's pretty simple as sometime we complicate the game too much. We try to do things which don't exist.

"The team has played well over the last three years as you can see we have not a world tournament for last seven-eight seasons. But I'm sure there's enough talent in the team to do that."

Ganguly also spoke about the IPL and how it has grabbed the eyeballs.

"The IPL is probably is biggest league in the world. That two and half months is no way inferior to the English Premier League. In terms of TV rating and eyeballs. For me, it's important to bring the system back in plan all levels."