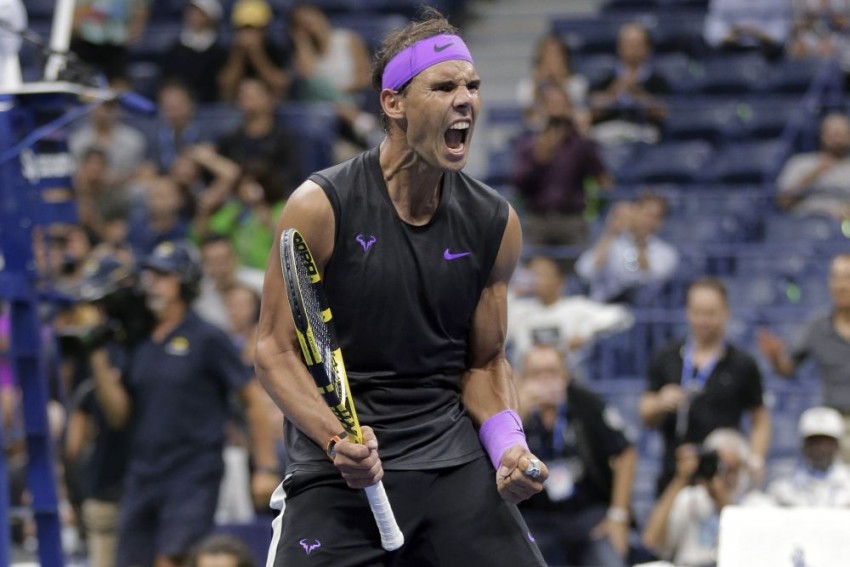 Rafael Nadal will take on Matteo Berrettini for a place in the US Open final.
AP
Omnisport September 05, 2019 00:00 IST US Open 2019: Rafael Nadal Into Semis But Diego Schwartzman No Pushover 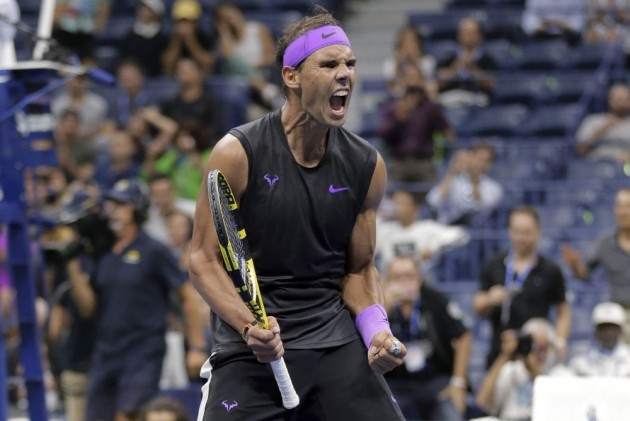 Rafael Nadal overcame a spirited effort from Diego Schwartzman 6-4, 7-5, 6-2 to move within two wins of his 19th Grand Slam title at the US Open on Wednesday (September 4).

Nadal had effusively praised Schwartzman ahead of their quarter-final encounter at Flushing Meadows, telling a media conference he liked "everything" about the 20th seed's game. (TENNIS NEWS)

He should now find plenty of people agreeing with that assessment after Schwartzman, who knocked out Alexander Zverev in a fourth-round result Nadal said did not surprise him, wiped out 4-0 and 5-1 leads for the number two seed in the first and second sets.

Where the diminutive Schwartzman came up short was in turning those fightbacks into turnarounds, with Nadal able to find his best when it counted in a victory that sets up a semi-final with Matteo Berrettini.

Nadal made a blistering start as he peppered the Schwartzman serve right from the off and broke when the Argentine sent a backhand into the net.

Those inside Arthur Ashe Stadium would have been forgiven for believing a rout was in the offing as he raced through the first four games in New York.

By the same token nobody would have expected the service game he subsequently dropped to be little more than a blip for Nadal, but it gave Schwartzman momentum and he completely erased the deficit with the help of a forehand into the tramlines from the second seed.

He then had a chance to break for a 5-4 lead but overhit a volley in what proved a costly error as Nadal held and then broke to take the set when Schwartzman could only return a backhand slice into the net.

The second set provided a sense of deja vu as Nadal again moved into a comfortable lead only to surrender it.

A forehand overhead at the end of a 14-shot rally gave Nadal a break for 3-1 and that advantage soon became 5-1 but again Schwartzman roared back.

Schwartzman brought the crowd to its feet with a marvellous forehand passing shot in the seventh game, which he took with a baseline winner to break back and start another run of four successive games.

Nadal stemmed the tide, though, and then went 40-0 up on the Schwartzman serve. Schwartzman was only able to save two of the three break points and the sense of inevitability at the end of the second sent supporters flooding out of the arena.

Schwartzman was defiant in the third but by that point he was only delaying Nadal's passage into the last four, and he finally buckled after lofting wide to give the three-time US Open champion a break he was never in danger of offering back.

Kagiso Rabada, South Africa Speedster, Counting On Past Experience To Thrive In India