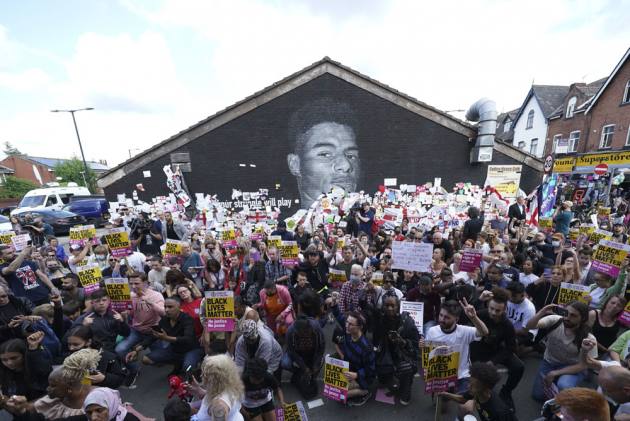 Johnson on Wednesday condemned the abuse leveled at three Black players after they failed to score penalties in England's shootout defeat to Italy on Sunday at Wembley Stadium.

And Johnson told the House of Commons it was time to act. The government plans to add online racism to the list of offenses for which fans can be barred from matches, he said.

“What we are doing is taking practical steps to ensure that the football banning regime is changed so that if you are guilty of racist abuse online on football, then you will not be going to the match,'' Johnson said during his weekly prime minister's questions session.

“No ifs, no buts, no exemptions, no excuses.”

Courts are allowed to issue banning orders if a fan is convicted of a “relevant offence” linked to a match, including crimes such as disorderly behavior or possession of weapons.