Paulo Dybala scored twice in a hurry to spare Juventus' Champions League blushes as they fought back to beat Lokomotiv Moscow. 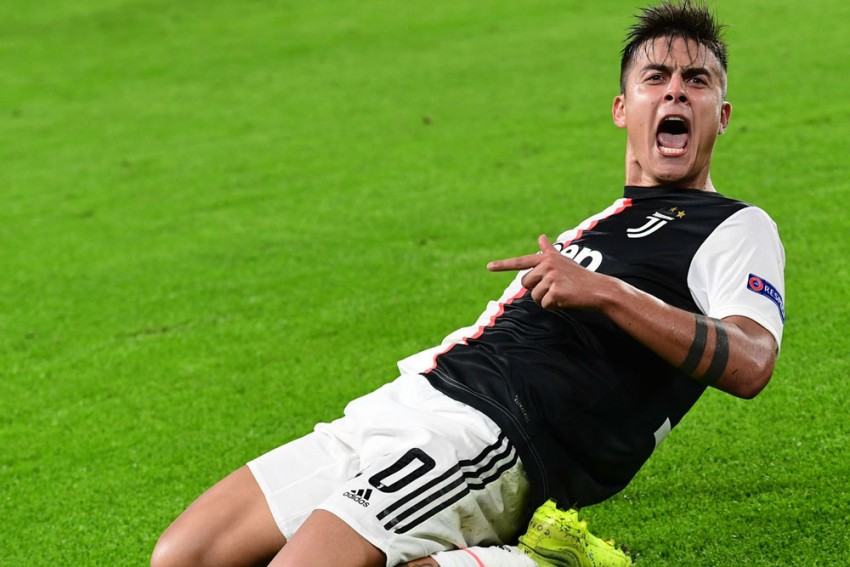 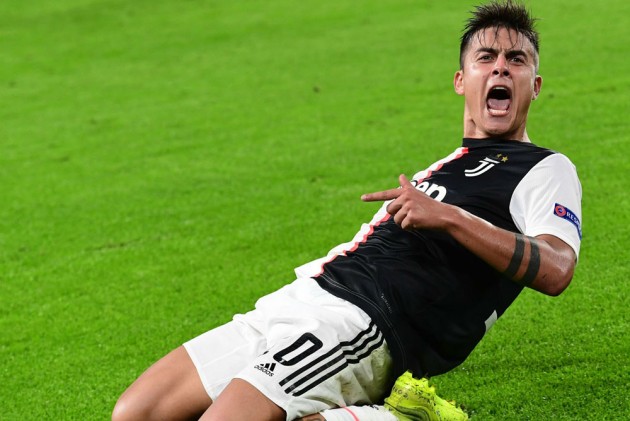 Paulo Dybala came to Juventus' rescue with two late goals as they came from behind to defeat Lokomotiv Moscow 2-1 in the Champions League.

Aleksey Miranchuk's first-half goal had looked set to cause a major upset in Tuesday's Group D clash in Turin until Argentina forward Dybala struck in the 77th and 79th minute.

Victory will come as a relief to boss Maurizio Sarri, who had seen his team struggle to break down a resolute Lokomotiv defence.

The result sees them keep pace in the table with Atletico Madrid, with the two sides looking well placed to reach the knockout phases after their respective successes on matchday three.

Cristiano Ronaldo and Leonardo Bonucci spurned opportunities and Juve were made to pay on the half-hour mark when Miranchuk clinically fired home with a stunning left-footed volley after Wojciech Szczesny had palmed Joao Mario's shot back into the danger area.

Sarri introduced Gonzalo Higuain for Sami Khedira soon after the restart in an attempt to change his team's fortunes and the striker twice threatened in the latter stages.

Juve's pressure eventually told with 13 minutes remaining when Juan Cuadrado slipped a ball inside to Dybala, who curled wonderfully inside goalkeeper Guilherme's right post from the edge of the penalty area.

And his heroics continued two minutes later when Alex Sandro's long-range effort was parried into his path, as he demonstrated textbook technique to strike low beyond the Lokomotiv keeper.

The win pulls Juve level on seven points with Atletico Madrid, who defeated Bayer Leverkusen 1-0 earlier in the day. It is those two European giants who now look strong favourites to progress.

However, with three points on the board and two matches still to come at home, Lokomotiv should not be entirely dismissed, especially after the scare they gave the Bianconeri.

Ronaldo must wait for his next record

Unusually, the plaudits did not belong to Cristiano Ronaldo, who gave an uncharacteristically lacklustre display. A goal against Lokomotiv would have handed him yet another record to add to his collection, putting him ahead of Raul as the player to score against the most opponents in the competition. It was not to be on this occasion, however another opportunity comes in the reverse fixture.

Italian job so close for Lokomotiv

The Russian side had never won in Italy, drawing three and losing three previously. Ahead at half-time, it had looked promising they could end that statistic, but Dybala had other ideas and their wait goes on.

- Juventus finished the game with 28 shots, more than in any other 2019-20 game they have played.

- They have won a Champions League game after trailing at the break for the first time since March 2018 (vs Tottenham).

- Paulo Dybala has scored two or more goals in a single Champions League fixture for the third time in his career.

- Before Lokomotiv, the last Russian team to score a goal against Juve in European competitions was Rostov in August 1999 (Intertoto Cup).

These sides face one another in the reverse fixture on November 6. Juve return to Serie A action on Saturday when they travel to Lecce, while Lokomotiv face Spartak Moscow in a derby the following day.

Is This A Battlefield? Horrible Playing Ground For Mumbai District Football Association's U12 Tournament: WATCH