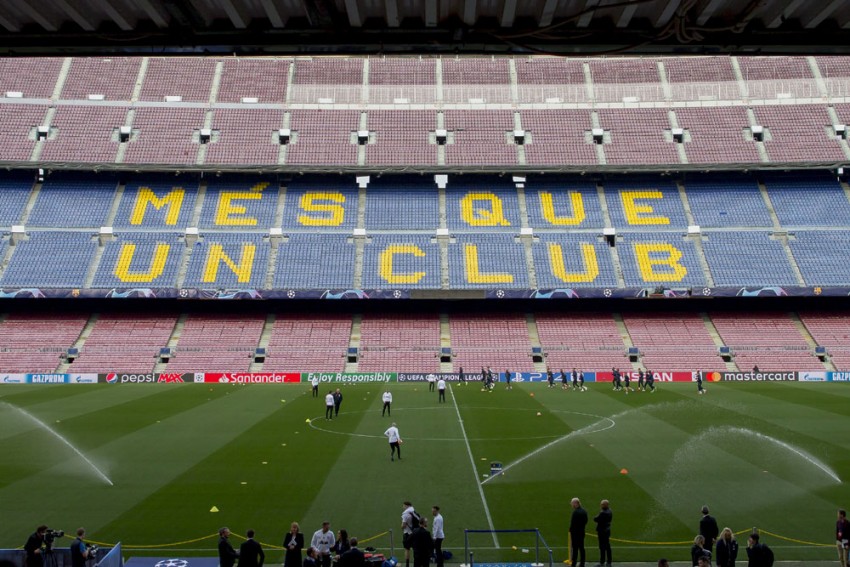 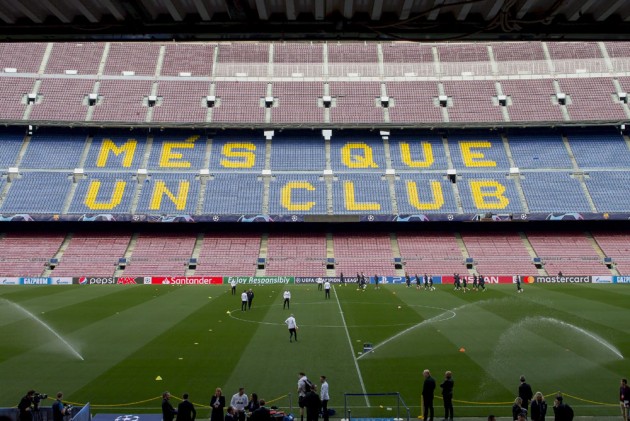 Ole Gunnar Solskjaer completed Manchester United's most famous comeback at Camp Nou in 1999 and he will try to oversee another there when his team takes on Barcelona in the return leg of their UEFA Champions League quarterfinal tie on the intervening night of Tuesday and Wednesday.

Solskjaer's 93rd-minute winner 20 years ago lives on in United folklore as United came from 1-0 down to beat Bayern Munich 2-1 and win the Champions League.

Now in the dugout, Solskjaer returns to the same ground with his side trailing 1-0 again and needing another miracle if they are to reach the tournament's semi-finals.

Meanwhile, Lionel Messi remains the focal point in the build-up to the match. If he is fit, Barca's bid to make the semis for the first time in four years will receive a boost.

Messi was among 10 players rested for the goalless draw against Huesca on Saturday after a hefty challenge from Chris Smalling last week left him with a swollen nose and cheek.

Barcelona have lost only one home game in the Champions League in 10 years but United will take hope from their last 16 comeback against Paris Saint-Germain too, when they overturned a 2-0 first-leg defeat to go through.

Head-to-head: In the previous 12 meetings, Barcelona have won five, while United were victorious in three. There were four draws too. In those matches, Barca have scored 21 times as against United's 15.