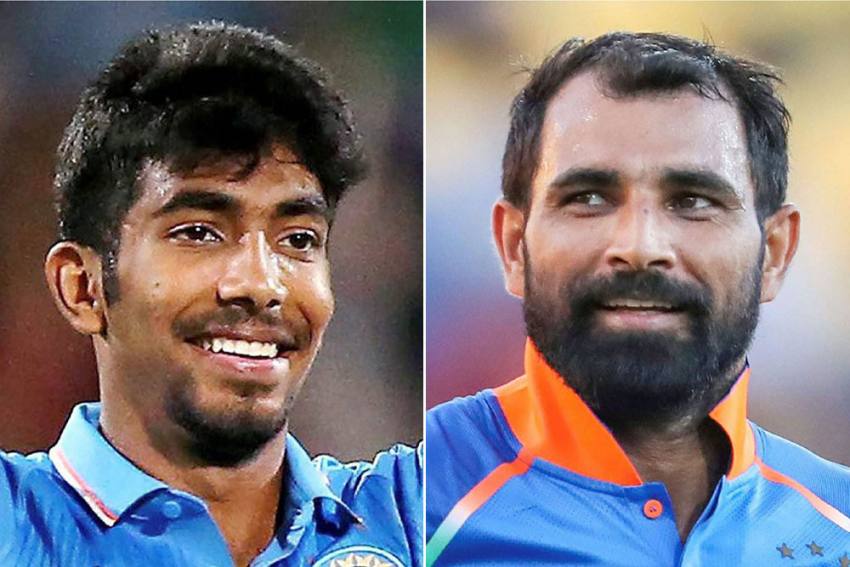 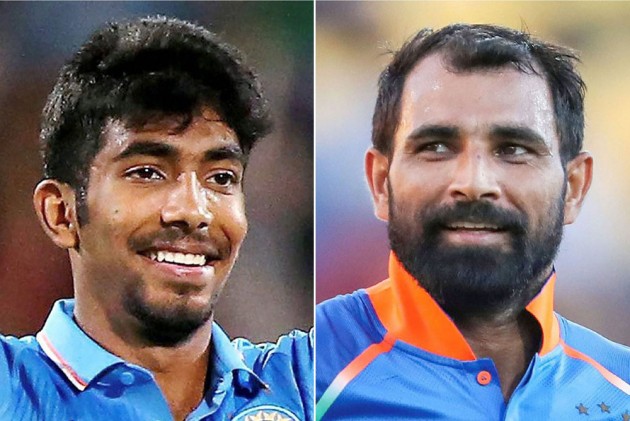 India's premier strike bowlers Jasprit Bumrah and Mohammed Shami are unlikely to play all the upcoming six white-ball games against Australia as the team management would like to keep them battle-ready for the four-Test series starting December 17. (More Cricket News)

India are starting their two month tour of Australia with three ODIs followed by as many T20 Internationals -- to be played between November 27 to December 8 in Sydney and Canberra.

If sources in BCCI are to be believed, Bumrah and Shami's workload management is paramount for head coach Ravi Shastri and bowling coach Bharath Arun in case Ishant Sharma is not available for the first Test.

The first red ball warm-up game at Drummoyne Oval will be played between December 6-8.

However, India's second and third T20 Internationals will be coinciding with the first warm-up game for the Tests.

There is a school of thought that with Bumrah and Shami both being integral to India's Test match plans, the management (head coach Ravi Shastri, captain Virat Kohli and bowling coach Bharat Arun) will not risk playing them in six back to back games in only 12 days.

"If both (Bumrah and Shami) play the T20 Internationals (on Dec 4, 6 and 8), then they will have one warm-up match less which I don't think the team management will fancy at this moment," a source said.

So, there is a chance that Shami and Bumrah will be rotated during the white-ball series.

Shami has been seen primarily bowling with pink and red balls during net sessions, which is an indicator of where his and team's priorities lie.

It may be possible that both Bumrah and Shami will play the ODIs where they can bowl their 10 over quota and then switch to Test match mode by playing the warm-up games which will help them get the overs under their belt before the Day-Night game at Adelaide Oval.

In fact, there is a pink ball warm-up game at the SCG from December 11-13 where India's likely 11 is set to play in the dress rehearsal.

In that case, the T20 first XI might feature Deepak Chahar, Thangarasu 'Yorker' Natarajan and Navdeep Saini as the pace trio with Yuzvendra Chahal, Ravindra Jadeja and Washington Sundar in the spin attack.